In this blog series, STH Practical Theology doctoral students from the Fall 2016 Practical Theology Proseminar share insights from their final, collaborative project, “Taking on the Paradigm at BU School of Theology — Lived “Symptoms” of Epistemology and Practice.” Dan Hauge is the author of this second series post discussing some initial findings and areas for future research. Hague also authored the first series post  introducing the project and detailing the researchers’ methodology, framework of critical intersubjectivity, and project limitations. Practical Theology PhD. students Matthew S. Beal and Shinmyoung Kim were co-researchers on the project, and their work will be featured in future posts. 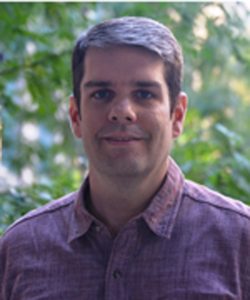 As our interview process with STH leadership and students progressed and we examined our interview notes, we elected to organize our data in terms of categories of experience—ways in which the dominant School of Theology paradigm affected marginalized students.

The Ideal of “Excellence” in Pedagogy

One recurring theme that in many ways encompasses all other emerging themes is the value of “excellence” in graduate theological education, and how excellence is tacitly defined and employed in such a way as to relativize the importance of diversity.

Both STH leadership and student interviewees also reported detrimental treatment of scholars of color, both in terms of hiring practices and even as established faculty. A ‘presumed incompetence’ of faculty of color is often experienced, even from students—communicating doubt that they “had the chops to teach them.” During the hiring process, candidates are invariably quizzed on their facility with seminal white male thinkers in the western theological tradition, with comparatively little interest in their facility with non-white male disciplines such as womanist theology (to give one example). Additionally, interviewees perceived a disproportionate level of importance given to academic pedigree over other considerations in the hiring process, which functions to perpetuate a form of privilege. When the pedagogical methods and institutional pedigree of the western white male paradigm function as basic prerequisites for academic advancement, then efforts to challenge that paradigm hindered at the most fundamental structural level .

The Ideal of “Excellence” in Curriculum

Another topic that asserted itself repeatedly in discussion is the issue of what texts and what authors are named on the syllabi, and what social location perspectives are prioritized in the classroom. While this student survey admittedly represents just one data point, it does reflect enough of a wider perception that the School of Theology actually embarked on a similar kind of quantitative study across the entire faculty .

A third family of “symptoms” of the western white male paradigm is more challenging to isolate and analyze, because it involves how a variety of social assumptions and behaviors coalesce to generate a gestalt experience of oppression for minoritized students. These are the “interstitial socially lived dynamics”  described by George Yancy (2012, 18-19). Perhaps the most essential experience of marginalization which our interviewees expressed was that of simply being in a class with a majority of white men. As one described it, “I can feel that I am a woman in that space. Surrounded by one kind of person, one kind of perspective, feeling the freedom to speak about who I really am is hard to do. A white male body has a narrative. Are people in the room trying to resist that particular narrative, or complicit? I feel like I have to protect who I am in this space.” Another interviewee described a daily process of preparation to help her “navigate” a predominantly institutional space. She described the importance of not taking for granted that she may likely be the only woman of color, or for that matter person of color, that may be heard in that classroom space.

That particular respondent articulated a sense of responsibility, an awareness that she represented a social location and perspective that inherently challenges the dominant paradigm and a willingness to embody that role, at least to an extent. Others, however expressed a strong sense of burden which that kind of responsibility placed upon them.

Finally, several interviewees described a frustration with the ways in which white students, particularly white male students, performed their identities in the classroom. White men in classroom environments are seen as “not really engaging in these issues at all,” referring to power dynamics of privilege and marginalization in the classroom. White men were described as ‘taking up space’ in a way that demonstrates that lack of understanding, assuming a degree of power or appropriateness of their voice being heard. White men were experienced as conveying a degree of frustration that they were not already considered trustworthy in discussions about identity and privilege simply by virtue of their status as students in the School of Theology, an attitude of “I go to this school so I get it.” Such widespread performances reinforced the experience of marginalization of several of our interviewees, placing extra burdens on minoritized students to explain or justify their experience and adding to psychological exhaustion or harm.

Beyond this quandary, student interviewees as well as members of the Proseminar also discussed how faculty of minoritized identities face additional burdens, especially in needing to negotiate the culture of academia which is plagued, as one student put it, by the signs and symptoms of white supremacy. Students and Proseminar members talked for instance about how many of the forms of pedagogy traditionally associated with white academic culture – such as offering lectures to large groups of students – not only alienate faculty of other identities who may feel more drawn to practicing a non-traditional pedagogy, but also privilege the learning style and priorities of western white males .

Dismay with Absence of Critical Resistance

The final symptom or category of analysis from our student interviews can be titled under many different headings, since it represents more of a general sentiment than a declarative statement on its subject – though these were indeed made as well. What seemed to trouble a number of students that us Proseminar students spoke with over the course of the semester is what they described in various ways as an absence of resistance, or a lack of critical dialogue on race in particular, not just in the classroom, but on a community-wide scale. Another way in which this was expressed, is that while western white male theological primacy is often acknowledged as problem, discouragement sets in when there seems to be a lack of energy to move away from it.

One conclusion drawn from the aborted quantitative study is that a richer description of the subject of course texts, the lives and identities of authors, and the pedagogical aims of faculty using the texts should be undertaken in order to arrive at a more detailed and helpful analysis of how truly diverse the academic content at the School of Theology is. Self-report from professors regarding their course objectives should supplement the course listings procured from syllabi .

Another potential future study would involve analysis of awareness of power dynamics based upon social location among the student population, and how such awareness (or lack thereof) plays out in classroom dynamics.

Parts three and four of the series are to follow.