In 1976, the Yale University women’s crew team altered the course of college sports. Although the team had a roster of championship-caliber rowers, it wasn’t an athletic victory that put them in the headlines—it was a protest. Upset by harassment from male athletes and unequal facilities—in particular, the lack of women’s showers at the school’s boathouse—the team marched into the office of Joni Barnett, Yale’s director of women’s athletics, and stripped off their blue sweatsuits to reveal “Title IX” written across their naked bodies. Christine Ernst, a silver medalist at the recent world championships, read a statement that concluded with: “We are not just statistics on your win column. We’re human and being treated as less than such.” The brief event was documented by a writer and a photographer, tipped off in advance, from the Yale Daily News. Their coverage landed in the New York Times, which took the rowers’ cause nationwide.

Shira Springer, a College of Communication lecturer in journalism, covers this story—and many others—in her new COM course, Sports, Gender and Justice. From Title IX, the 1972 civil rights law that guarantees equal educational opportunities at institutions that receive federal funds, to the U.S. women’s national soccer team’s recent legal battle for equal pay to transgender athletes, the class examines how the interplay of journalism and the law has shaped women’s sports. 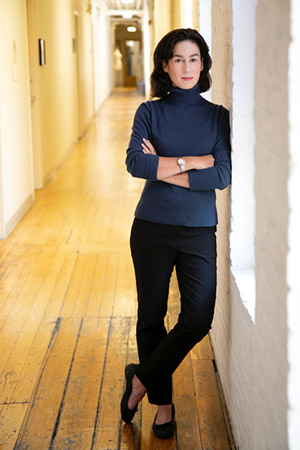 “Teaching in a multidisciplinary way should be fundamental to journalism education,” Springer says. “If I’m going to cover women’s sports, it helps to understand the history of women’s rights and civil rights. Reading through legal briefs or court rulings helps you find great stories, ask more incisive questions and write more informed pieces.”

Springer spent nearly two decades covering sports for the Boston Globe, as a Boston Celtics beat writer, investigative reporter, and covering the Olympic Games. She also covered the intersection of sports and society for WBUR, Boston University’s National Public Radio station and currently writes a sports and gender column for Sports Business Journal. The daughter of a trial lawyer who focused his practice on federal discrimination laws, she also spent a summer during college working at the Department of Justice. In 2019, she wrote a feature for Nieman Reports, “7 Ways to Improve Coverage of Women’s Sports,” which she uses as a model for her students’ final assignment: a manifesto-style story proposing a remedy to unfair treatment.

“This is where my passion lies, in gender and women in sports, in looking at the inequalities there,” Springer says. “Journalists and lawyers recognize the draw of a good story and the power of a good story to create change. Stories can take a vague concept and make it real. Stories cause us to question what’s fair and what’s not, what’s just and what’s not.”

There’s a cliché that athletes and the journalists who cover them often hear from fans who prefer that issues of politics and society not encroach on their games: “Stick to sports.” Springer has a curt response: “They’re just wrong.” The old-school game reports that once filled newspaper sports sections aren’t the future of sportswriting, she says. “To have meaningful sports coverage, to have diverse, inclusive sports coverage, it’s got to get beyond the game, and it’s got to get beyond men’s sports.”

“Stories can take a vague concept and make it real. Stories cause us to question what’s fair and what’s not, what’s just and what’s not.”
—Shira Springer

Take the 1976 Yale crew team. “This was all happening in the shadows,” Springer says of the gender discrimination they faced. “Right until the women’s crew team did something that generated media attention—and that changed how we think about Title IX and women’s athletics at the college level.” Today, college athletics are perhaps the most visible application of the law, with many schools designating a Title IX coordinator within their athletic department to ensure adherence.

Springer’s syllabus is filled with these examples, with readings alternating from Sports Illustrated articles to Supreme Court cases. The fall class spent a week reading the Indianapolis Star’s investigation into sexual abuse within USA Gymnastics, watching the documentary Athlete A, and discussing the Michigan Penal Code, which applied to Larry Nassar, the team doctor sentenced to 40 to 175 years in prison for sexual assault. Another week was devoted to gender discrimination: Students read Springer’s 2015 Boston Globe coverage of the controversy surrounding boys playing for girls field hockey teams and the 1979 Massachusetts Supreme Judicial Court ruling that struck down a rule preventing boys from joining girls high school teams.

She says this is especially true when covering women in sports, because they have constantly had to fight for recognition—and equal opportunity and pay—and that means there are decades of legal materials to sift through and “decades of inferior, sometimes infuriating coverage, of female athletes.”

Helping Springer and the students parse laws and statutes regulating issues ranging from pay equity to transgender rights are volunteer co-teachers Tracy Stevens and Neil Jacobs. Together, the two have decades of sports and legal experience, Stevens as an attorney and sports agent—as well as the spouse of Boston Celtics Head Coach Brad Stevens—and Jacobs as the Celtics’ outside team counsel for more than 30 years.

“Sports are historically separated by gender and heavily influenced by laws, regulations and media coverage,” Stevens says. “The complex dynamic of all these things creates a great topic for critical thinking.”

While Springer doesn’t expect all her students to follow her path, she hopes more journalists will cover women in sports. “This course is a way of bringing difficult subject matter to the students in a way that really engages them. In Boston, sports offers a kind of cultural fluency. Sports both reflect and influence society. Because of that, you can address and dissect difficult subjects,” she says. And when they leave the class, “I hope they are more critical thinkers. I hope they question established narratives, whether those are about women’s sports or something else. And I hope they gain an appreciation for digging deep into complicated topics.” 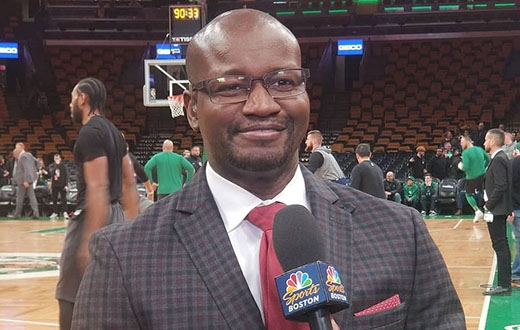 NBA Players Strike for Social Justice. What Comes Next?

Q&A with COM’s A. Sherrod Blakely about the recent NBA player strike over social justice and police accountability. 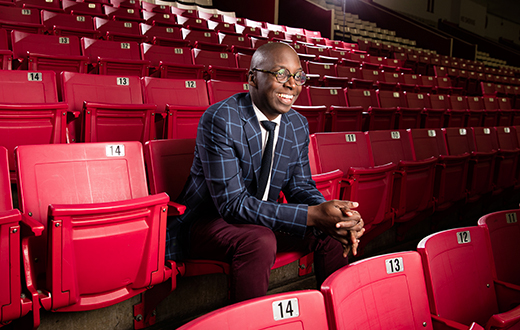 The journalist discusses winning a Pulitzer, covering the Pats and what he’s teaching his COM students about sports writing 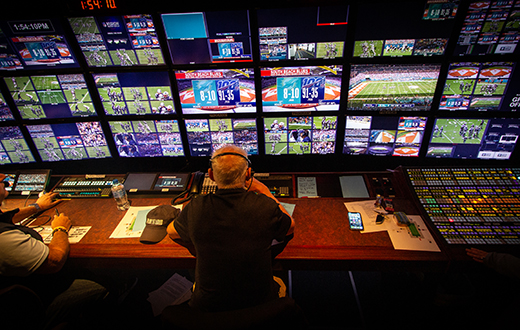 Bob Fishman Is Ahead of the Game