Harold Burson, PR titan and BU friend, passes away at 98 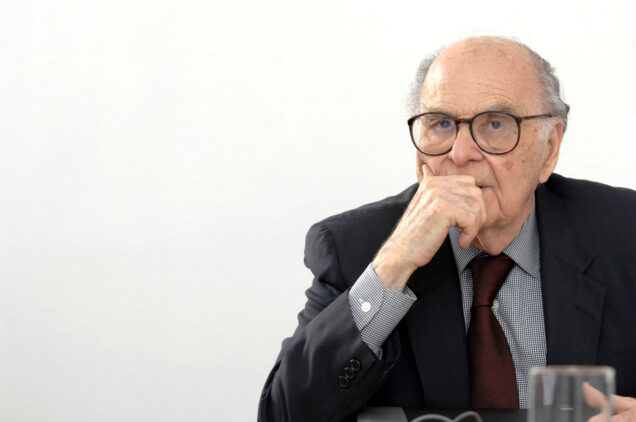 Harold Burson (Hon ’88), a co-founder of Burson-Marsteller who transformed the public relations industry and a generous supporter of Boston University College of Communication, died today at the age of 98.

A survey by PR Week once named Burson as “the century’s most influential PR figure,” and both the Public Relations Society of America and the Arthur W. Page Society named him to their respective halls of fame.

Working for American Forces Network at the end of World War II, Burson covered the Nuremberg Trial, and was the only reporter to obtain an interview during the trial with Associate Justice Robert H. Jackson, the chief American prosecutor.

After his Army discharge, he founded a small agency in New York, leading him to partner with William Marsteller as collaborators on shared projects. Shortly, they joined together to build a new company bearing their names that — after a bold move into the European market and later serving as the sole public relations counsel for General Motors — grew to become the world’s largest public relations company.

His relationship with Boston University grew out of an invitation to speak to a class of PR students at the start of his career. “I found myself learning as much from them as they learned from me,” he recalled in a recent interview.

Throughout his career, Burson supported public relations research and education, developing training programs and mentoring young professionals. His company built a long history of collaboration with Boston University and hired many COM graduates.

In 1988, Burson was awarded an honorary degree by Boston University, and in 1995 a chair in public relations was established, held today by Donald K. Wright.