It’s never too early to get your start in the working world, as Danielle Hope Diamond can attest. She started working in film editing and production at the age of 12, when she began assisting her local Apple Store to help train employees in Final Cut Pro and the Adobe Suite. Today, she runs her own company, Blue Glass Productions, producing short films and features while maintaining a busy life as a student.

Now a Sophomore studying film in COM, Danielle sat down with COM Career Development to discuss how she broke into the film industry, life as a young filmmaker, and how she balances school the challenges of student life with running her own business.

Would you tell me a little bit about your background and what you currently do for work. 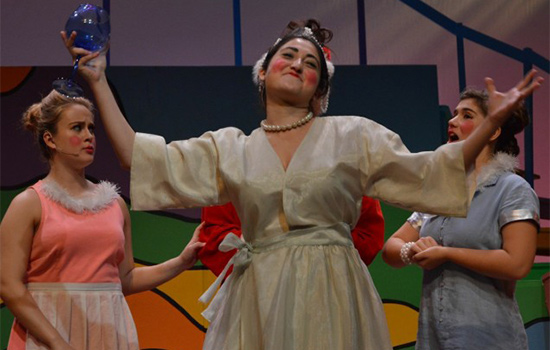 I spend a lot of my time doing theatre, and am an active member of Boston University’s Stage Troupe. This semester I was Mrs. Mayor in Seussical the Musical, I produced The Skriker, and I co-directed the one act play [epistolary].
When I’m not on stage, I’m busy running my film production company, Blue Glass Productions. We work in very close association with AMS Productions which is run by my close friend and partner Alec Shangold.

How did you get your start in filmmaking?

I started by training and working for Apple in editing and post-production. I was trained by a brilliant editor and graphics designer at Apple. I was also asked to make some shorts for Apple with specific VFX so they could demonstrate what could be done with their software. At that point I didn’t really see myself as a filmmaker, but more as a technology-buff. I was just doing it for fun, and I never really thought to seriously consider it as a career.

My main focus has always been acting and performance. I’ve been singing and acting since age 4, and that’s always where I saw myself headed. When I was in 11th grade my best friend Alec was asked to write and direct a short for producer Emilio Cuesta, the son of Michael Cuesta, the director of Homeland, Dexter and more. Michael said that he would be the executive producer of the project and guide them in the right direction.

Alec asked me to come audition for the project, Home, and getting that part is truly what led me back into the film industry. 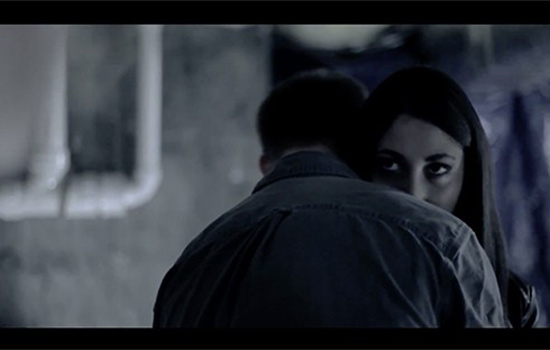 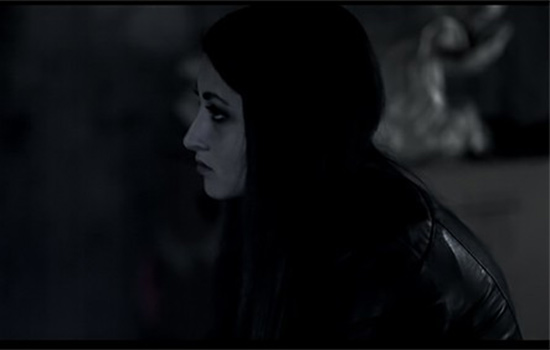 Then, when Alec sat down to edit, he wanted someone to do a double check and I said “oh, I actually have a strong background in this, I used to work for Apple,” so I ended up helping edit it too, and that’s where we got started. We ended up both registering our production company names, and the summer after that we made a feature, The Runaway Club. From there, we’ve produced a series of shorts and have been selected for countless film festivals, worldwide. It’s truly been an honor to see our first professional short included in programs with filmmakers and talent that we see at the Oscars, Sundance, Cannes, Emmy’s and more.

How do you balance the demands of running your own business with school?

I don’t sleep a lot! [laughs] When I get excited about a project, sleep becomes an after thought. Fortunately, my workload this year has been complimentary to my business. I recently wrote three shorts in my writing classes here at BU and plan to take all three of them to the production level. In fact, one of them is set to go into production January 2016.

How has networking helped you to grow your business?

So much! We got started because of Michael Cuesta, who director who gave us that first opportunity, we will always be so fortunate for that. There is also Jon Pollard, a Broadway producer, who’s helped us out a lot. There have been some producers at Warner Brothers that Alec and I have been in close contact with. I also have a connection at Pixar who I plan to work for next summer. Networking is half of the battle.

It’s really nice when established people recognize smaller companies and upcoming talent. Their support and guidance has truly been invaluable to us. They’re the ones who help fund our projects, send our projects around, and get us jobs on bigger sets. They were us at one point, so they get it, and we are thankful everyday for their support.

Definitely The Runaway Club, which is our feature. It’s a two-hour film about six runaway teens living in a self-secluded society. It’s a six-character ensemble piece, and each lead has at least one monologue, which is very different from most films. The character I played was a challenge in the best way imaginable. It was the most interesting role I’ve ever played, because the character was so different from myself, and I love exploring characters that give me a new perspective on life. It was also such an inspiring experience playing an empowered female character. I not only grew as an actor, but as a person, and it’s work I am extremely proud of. It’s been in post-production for about a year now and is nearing completion.

Where do you see your career and business going after graduation?

That’s an excellent question. It takes a lot more money initially to put in to these projects than you end up getting out of them. I intend on working as a production assistant on bigger sets or working in a production office to start. Alec and I have already started doing that on a few big sets, and we hope to continue and grow as industry professionals. Regardless of where I end up, I want to continue to grow as a storyteller and continue doing what I love.

Hopefully we’ll be able to do that full time at some point in our career, but there is something humbling about making something big with a very small budget. I love working on projects simply being I’m passionate about that, and not necessarily with monetary goals.

What advice would you give to other students looking to break into the film industry?

Be ambitious. Don’t be afraid to just make something. Even if the first thing you make is absolutely horrible, you don’t learn by doing things right, you learn by doing things wrong. If there’s a story you want to tell, tell it. Get a group of filmmakers together and shoot something. At first it may not be what you expected, it may not be that award winning film, but it could be.

My biggest advice to BU students is to leave the BU bubble, don’t get stuck in the world of BUTV or the BU Film department because there’s more in the film world out there. There’s so many great resources here, and they know other great resources in New York and LA and internationally. Work on making connections and finding people who can act as mentors, as well as peers you like to work with. There’s so much more you can do than your coursework and your clubs here. Be ambitious and do what you love.

The Future of the Communications Industry