From Schlumberger Fellow to Chemistry Professor at the UNA de México 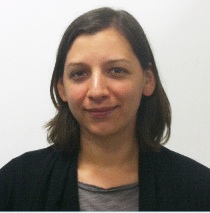 The Schlumberger Foundation Faculty for the Future Fellowship funds women from emerging economies for advanced post­‐graduate study in the fields of science, technology, engineering and mathematics (STEM) in the finest universities for their discipline overseas with the long term goal of addressing the worldwide gender gap in STEM disciplines.  A highly competitive program, the Foundation selects talented female scientists with the potential to become future leaders, change agents, and policy makers in their home regions.  In 2012, Dr. Laura Dominguez, a native of Mexico, received a Schlumberger Foundation postdoctoral fellowship and selected the Straub group under the leadership of Professor John Straub as the site of her training and research.  In the Straub lab, the objective of Laura’s postdoctoral work was to exploit the growing power of computer simulations to help understand the causes and mechanism of protein aggregation inside cells.  Knowledge of the detailed process of protein aggregation is crucial for understanding the development of illnesses such as amyloidosis and neurodegenerative disease, how and why aggregation occurs, and what could be done to prevent it.

Completing her fellowship in 2014 with five publications with the Straub group, Dr. Dominguez attended the Schlumberger forum in November 2014 where, in Laura’s words, she had “the opportunity to hear a lot about the diverse research and experiences from other women mainly from Africa, Eastern Europe and Asia.”  While the agenda called for an end of the forum at 5 pm each day, the enthusiastic participants continued their discussions well past midnight, sharing their views on the talks given by distinguished representatives from UNICEF, as well as successful women in the sciences and technology.  Dr. Dominguez facilitated the timely discussion on “Poverty & STEM.”

Laura Dominguez studied chemistry at the Universidad Nacional Autónoma de México (UNAM) in Mexico City as an undergraduate and received a Masters degree in Biochemistry from that institution.  Her career goal was always to become a Professor at UNAM, which she proudly considers to be the most prestigious university in Mexico.  Thanks to her education and continued excellent training in the Straub group as a Schlumberger postdoctoral fellow, that is exactly what Dr. – now Professor -­‐ Dominguez has accomplished.