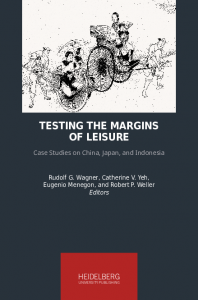 In the eighteenth century around thirty European Catholic missionaries lived in Beijing, partly employed in technical and artistic services at the imperial palace and at the Directorate of Astronomy, and partly engaged in religious work. Starting in 1724, however, the Yongzheng Emperor forbade Christianity in the provinces. Yet the foreigners, with semi-official permission, continued missionizing in the capital and its environs, employed Chinese personnel, purchased residences and other real estate, and built churches in the Imperial City, the “Tartar City,” and the Haidian suburb. The emperor and the Qing court (Manchu nobles, eunuchs, and other officials) allowed these Europeans to remain in Beijing and tolerated their religious activities in exchange for their exotic commodities and their services. The missionaries, on the other hand, used their skills and a relentless gift-giving strategy to create a network of support in the capital and beyond.

In his recent publication, “Quid pro Quo? Europeans  and Their  ‘Skill Capital’ in Qing Beijing,” Eugenio Menegon uses documents in Chinese and European archives, to explore the figure of the missionary and clockmaker Sigismondo Meinardi, and his ‘quid pro quo’ artisanal activities at the Qianlong court. Technical skills, luxury articles and commodities became currencies of negotiation between divergent interests, contributing to weaken Qing imperial prohibitions, and to create ad hoc arrangements, tolerated by the emperor and benefiting the palace personnel, the missionaries, and their communities. Thus, spaces and objects of ‘leisure’ became grounds to rebalance traditionally asymmetrical relations of power, and shape social relations.