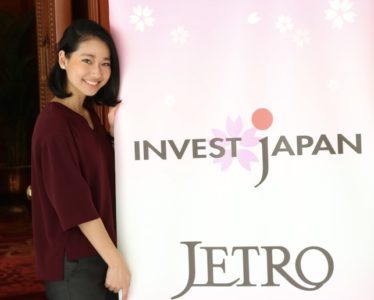 Sachino Taki in front of a sign for her current employer, Japan External Trade Organization, based in Tokyo.

I wanted to study in Boston since Boston is well known as an academic city where many prestigious universities are integrated. My friend who studied at BU strongly recommended me to study at BU because of the great environment and the diversity. Studying at CELOP for half a year was included as an exchange program between Waseda University and Boston University to prepare studying at the classes in BU.

The best part I liked about CELOP was that I got to know people from all over the world and from different ages. For example, people from Saudi Arabia, Kuwait, Kazakhstan, Venezuela, the countries, which I have never met in my life as well as people from China, Korea, the close countries from Japan. Also I met people of different ages from me. Some people were still high school students preparing for their dream universities in the US, and others were older people than me who already experienced working and even married couple attending the class together. This diversity has broadened my world.

CELOP help me prepare for communicating with people from various back ground. My organization is global and we have more than 70 overseas offices and 40 domestic offices. To organize an event abroad, I have to communicate with many different people such as staff at my domestic and oversea offices, local government and speakers from foreign companies. I have to be a good communicator to carry out the project smoothly. The most important thing that I learned at CELOP is to listen to others with respect even if the way of thinking is different from yours and to express your own idea. The only way to make good relationship with others is to have good communication by respecting each other.

It was a 1 year exchange program so after I studied at CELOP for half a year, I took some classes from CAS and MET at BU. After I finished my 1 year program, I went back to Japan and graduated from Waseda University in 2015. I was majoring Media Communication and had strong interest in Public Relations.

I work for a governmental organization based in Japan. My organization helps to promote mutual trading and investment between Japan and foreign countries.

I am in Invest Japan Department and my job is to promote Japan as an investment destination for foreign companies. We promote the attraction of doing business in Japan by organizing Invest Japan Seminars abroad and by creating PR materials. I was in charge of revising PR brochures and also wrote many articles based on interview to CEO of foreign companies who successfully expanded their business in Japan. Also I went on business trips to Korea, Taiwan and India so far to organize events to send a message that Japan is welcoming foreign companies.

I just simply enjoyed studying with my friends at a library or at a study room in my dorm. College environment in the US was so different from Japan. Many college students in Japan commute from their hometown even if it’s far away from their college instead of staying in a dorm near college and I was also the student who commutes from my hometown, taking about 4 hours for round trip. Therefore I was surprised with the perfect environment for college students here such as confortable dorms, cafeterias, gym, hospitals etc…

Also I loved walking the city especially Newbury Street where there are many shopping places and my favorite cupcake shop. I enjoyed taking a lot of pretty photos in Boston. Public garden and Boston Common are my favorite places to chill out and I cannot forget that I had photo-shooting there with my best friends.

A seafood restaurant called “No Name Restaurant”. My mentor, who is a president of Japanese community in Boston took me there to welcome me with a huge LOBSTER when I arrived at Boston. Since we had a great conversation and the foods and the atmosphere of the restaurant was amazing, this restaurant became an unforgettable place for me. When I saw the photos of John F. Kennedy at the restaurant, I felt the history and good reputation of the restaurant.

CELOP is the best place for not only to improve your English but also to get to know people from all over the world. Teachers and coordinators at CELOP were very kind and supportive. Without studying at CELOP, I couldn’t achieve what I have now. 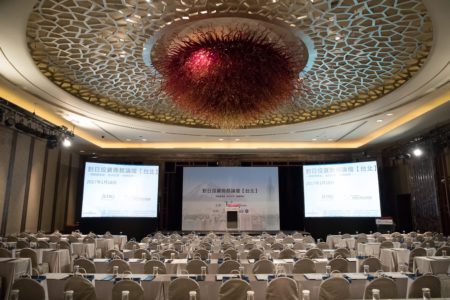 The types of events Sachino attends in her current role at Japan External Trade Organization.