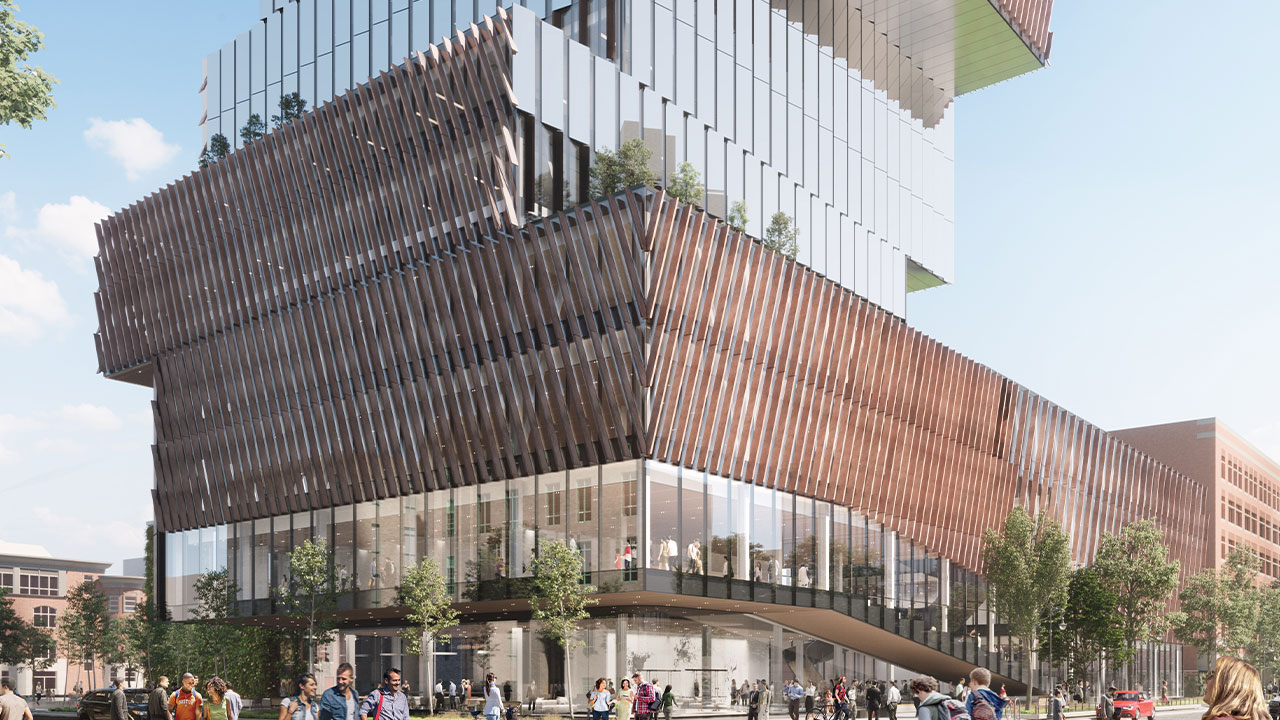 BU Arts & Sciences researchers, artists, and scholars, led by faculty members but including graduate and undergraduate students, work diligently and creatively to tackle problems related to pressing global challenges. These challenges include climate change and sustainability, urbanization and urban life, understanding the human mind and behavior, harnessing the computational and data sciences to benefit individuals and society, and applying the wisdom and insights of the humanities to inform our sense of being members of the human community.

In 2018/19, BU Arts & Sciences saw continued progress in all of these areas. We also continued to make structural improvements to important laboratory and research facilities, with one huge announcement in particular that will catalyze future research, teaching, and collaboration:

The goal in building the Center for Computing & Data Sciences, as well as hiring many promising new faculty members in both departments in recent years, is to help two of BU’s strongest programs become global leaders.

A Stunning New Home for Computational and Data Sciences

In the fall of 2018, BU announced plans to launch perhaps its most ambitious building project to date: the 19-story Center for Computing & Data Sciences. The building, which will house the CAS departments of Mathematics & Statistics and Computer Science, will be a work of art. With a bold design that resembles a work of modern art, the building will include stunning views from patios that jut out in multiple directions, airy meeting spaces, sloping concourses, and state-of-the-art classrooms and labs.

In explaining this massive investment in computer science and mathematics and statistics, University Provost Jean Morrison noted that BU saw a 23 percent increase in teaching credit hours for math and statistics from the 2006/2007 to the 2016/2017 academic year, according to BU Today. And we saw a huge 266 percent increase in hours for computer science during that same time period, as students flocked to both of these majors that are of critical importance to the global economy. The goal in building the Center for Computing & Data Sciences, as well as hiring many promising new faculty members in both departments in recent years, is to help two of BU’s strongest programs become global leaders. The new space will catalyze further research collaboration and benefit not just researchers in the two departments but also researchers from across CAS and BU who collaborate through the Hariri Institute for Computing, which will also be housed in the new facility.

This past year, Arts & Sciences researchers won a range of prestigious awards that put them at the top of their fields: