By Amanda WakefieldFebruary 13th, 2018in News 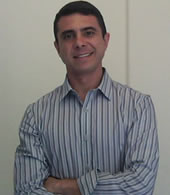 The Vajda Lab is excited to announce their new visiting fellow, Marcelo Santos Castilho, PhD.  Marcelo received his MS in chemistry and his PhD in physics at the University of Sao Paulo. He currently holds a faculty position at the Federal University of Bahia. 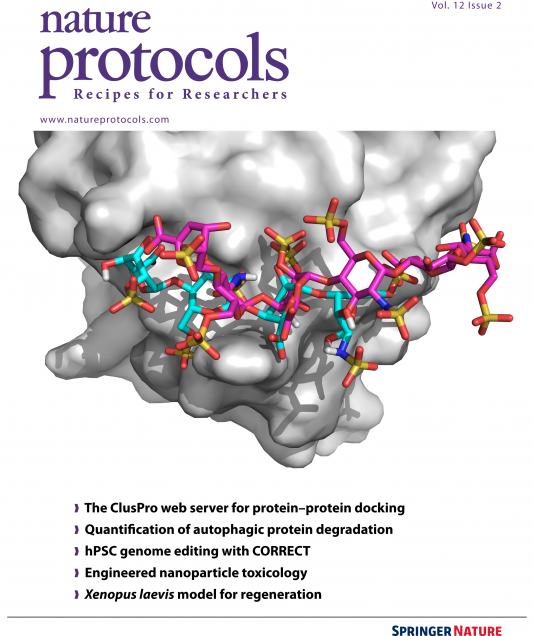 This new paper describes our ClusPro web server, a widely used tool for protein-protein docking. ClusPro provides a simple interface for basic use, but it also offers a number of advanced options to modify the search. These include the removal of unstructured protein regions, application of attraction or repulsion, accounting for pairwise distance restraints, construction of homo-multimers, consideration of small-angle X-ray scattering (SAXS) data, and location of heparin-binding sites.  Applications of ClusPro include docking X-ray or NMR structures of proteins, modeling antibody-antigen interactions, constructing the structure of multidomain proteins, building homo-oligomers, peptide docking, homology model docking, and more. 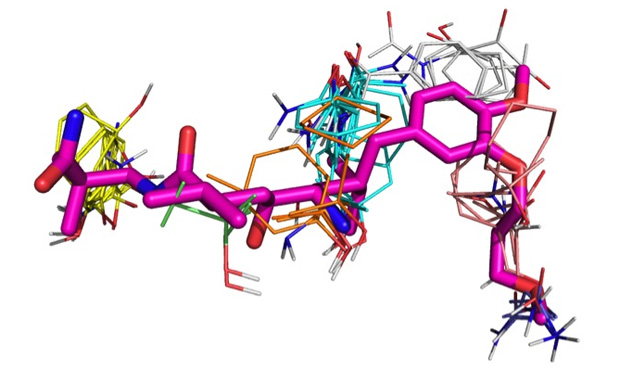 This Nature Protocols paper describes in details the series of web servers developed based on FTMap including FTSite, to predict ligand-binding sites, FTFlex, to account for side chain flexibility, FTMap/param, to parameterize additional probes, and FTDyn, for mapping ensembles of protein structures. Applications of the FTMap family of servers include determining the druggability of proteins, identifying ligand moieties that are most important for binding, finding the most bound-like conformation in ensembles of unliganded protein structures and providing input for fragment-based drug design. FTMap is more accurate than classical mapping methods such as GRID and MCSS, and it is much faster than the more-recent approaches to protein mapping based on mixed molecular dynamics.

CAPRI (Critical Assessment of Predicted Interactions) is a community-wide experiment devoted to the prediction of protein complexes based on the structures of the component proteins.

The results for targets 43-58 were evaluated at the Fifth CAPRI Evaluation Meeting in Utrecht in April 2013, for 63 predictor groups and 12 automated docking servers.

Automatic protein docking server ClusPro v2.0 developed by the groups of Dima Kozakov and Sandor Vajda, was the best in the  server category. In particular, the server’s performance was comparable to that of the best human predictor groups, although the latter had access to all information available in the literature. The summary of the results is also shown below. For each predictor group, the table shows the number of acceptable or better predictions, and among those the number of high quality models, indicated by three stars, as well as the number of medium quality solutions, indicated by two stars.

Thanks to successful CAPRI participation, ClusPro v2.0 enjoys heavy usage by academic community. In the last 4 years it ran more than 50000 jobs for 4000 registered and around 3000 unregistered users. Although the number of CAPRI targets is still too small for any significant conclusion, we believe that our results provide some information on the current state of automated protein docking.

Our main observations are as follows.

By tanggisSeptember 30th, 2013in News

Seventeen-year-old Eric Chen won the 17-18 age category AND the Grand Prize in this year's Google Science Fair, with his project, Computer-aided Discovery of Novel Influenza Endonuclease Inhibitors to Combat Flu Pandemic. Among a huge amount of computational studies and biological assays, he used FTMap program developed by Vajda and Kozakov groups.

FTMap software enables high school student research in drug discovery against flu, and gets him to Google Science Fair finals

Google Science Fair is an online science competition for 13-18 year old students around the globe sponsored by Google, Lego, CERN, National Geographic and Scientific American. This year one of the fifteen finalists selected across the world was Eric Chen (USA) with the project "Computer-aided Discovery of Novel Influenza Endonuclease Inhibitors to Combat Flu Pandemic". The key result of the research was identification a number of novel, potent endonuclease inhibitors, which can serve as leads for a new type of anti-flu medicine, effective against all influenza viruses including pandemic strains. One of the key elements of inhibitor discovery protocol was FTMap Server and Software developed by Vajda and Kozakov groups.

Recent article among the most read in JCIM

Paper on connection of druggable and alanine scanning hotspots published by Structural Bioinformatics lab was among top 10 most read papers published in JCIM in 3rd quarter of 2012 (list copied below).

At this moment, it is still one of the top 20 most downloaded articles over the last 12 months. (Cached here)

In this study we developed a new version of FTMap to map DNA structure which successfully identified the binding hot spots in the minor groove of B-DNA. We also provide some insight on how the recently discovered high-frequency Hoogsteen flipping of base pairs could affect DNA’s reactivity with formaldehyde.

This work is accepted by Nucleic Acids Research and has been chosen as one of the Featured Articles, which “represent the top 5% of papers in terms of originality, significance and scientific excellence”.

Paper on druggability of Protein-Protein interactions was featured in PNAS, and highlighted in Nature Reviews Drug Discovery

By tanggisNovember 1st, 2011in News

Despite the growing number of examples of small-molecule inhibitors that disrupt protein–protein interactions (PPIs), the origin of druggability of such targets is poorly understood. To identify druggable sites in protein–protein interfaces we combine computational solvent mapping, which explores the protein surface using a variety of small “probe” molecules, with a conformer generator to account for side-chain flexibility. Applications to unliganded structures of 15 PPI target proteins show that the druggable sites comprise a cluster of binding hot spots, distinguishable from other regions of the protein due to their concave topology combined with a pattern of hydrophobic and polar functionality. This combination of properties confers on the hot spots a tendency to bind organic species possessing some polar groups decorating largely hydrophobic scaffolds. Thus, druggable sites at PPI are not simply sites that are complementary to particular organic functionality, but rather possess a general tendency to bind organic compounds with a variety of structures, including key side chains of the partner protein. Results also highlight the importance of conformational adaptivity at the binding site to allow the hot spots to expand to accommodate a ligand of drug-like dimensions. The critical components of this adaptivity are largely local, involving primarily low energy side-chain motions within 6 Å of a hot spot. The structural and physicochemical signature of druggable sites at PPI interfaces is sufficiently robust to be detectable from the structure of the unliganded protein, even when substantial conformational adaptation is required for optimal ligand binding.

This study was published in PNAS,  was  featured in PNAS, and highlighted in Nature Reviews Drug Discovery.

In the January 18 issue of PNAS, Cencic et. al . reported the results of an  ultra-high-throughput screening for inhibitors of the translation initiation complex eIF4F.  This screening resulted in the identification of a compound that prevents the formation of this complex from its components eIF4E and eIF4G.  Blocking this interaction sensitizes many cancer types to the apoptotic response to DNA damage.

To better understand the action of this molecule, FTMap was used to characterize the hot spots in the interface and predict the binding mode of the inhibitor.

For more information, please read the paper at PNAS.