In July 2014, Zack “Danger” Brown famously launched a crowdfunding campaign on the Kickstarter website. To his surprise, he raised ten times the desired amount in the first day. Within a few months, Mr. Brown raised over $55,000 from 6,911 different complete strangers. Mr. Brown’s idea? Potato salad. Mr. Brown’s crowdfunding campaign was intended to be a joke, but the joke was on him. He ultimately raised over $55,000, most of which he graciously elected to donate to charity.

Mr. Brown’s story, which attracted national media attention, may give the impression that crowdfunding is a quirky new idea, well outside the commercial mainstream. However, the numbers tell a very different story. This year, Massolution and Bloomberg estimate that $34.4 billion will be raised through crowdfunding websites. Of that amount, Massolution estimates that $2.5 billion will be invested in real estate in the US – a 150% increase from 2014.

For those not already familiar with crowdfunding, it is essentially the raising of money, usually for a business idea, through an online portal. Crowdfunding was first made possible in the US by the Jumpstart Our Business Startups (“JOBs”) Act signed into law by President Barack Obama in April of 2012. The JOBs Act was designed to ease long-standing prohibitions on the mass marketing of so called “private offerings” of securities. To provide some perspective, in 2014 approximately $1.3 trillion dollars was raised via private offerings in the US. Private offerings, as opposed to public offerings, are exempt from the Securities and Exchange Commission (“SEC”) registration process, which means they are more affordable for, and more frequently utilized by, smaller businesses.

Although one might not realize it given the large numbers involved, the SEC has actually been quite slow to implement the JOBs Act. Regulations enacting Title II, which allow the mass-marketing of privately offered securities over the internet only to wealthy persons or entities, called “Accredited Investors,” did not take effect until September 2013. In order for an individual to be considered an Accredited Investor, he/she must have a net worth (excluding the value of his/her primary residence) of at least $1 million or have had income of at least $200,000 (or $300,000 together with his/her spouse if married) each of the previous two years with an expectation of making the same amount in the year the investment is made. The regulations that would allow everyday retail investors to invest in the most common type of crowdfunded real estate deals (under SEC Rule 504), have not yet been enacted; and it is not clear when or if they ever will be.   Although, in April 2015, the SEC enacted Title IV, which allows non-Accredited Investors to invest in “Reg A+” offerings, which, so far, are not popular with offerors because of their cost and more stringent regulatory requirements. The bottom line is that presently most of the “crowd” for legal real estate investment through crowdfunding in the US consists of somewhere between five and seven million high net worth investors.

THE WORLDS FIRST CROWDSOURCED HOSTEL: Millennials are both tech savvy and eager to not only enter the work force, but create their own entrepreneurial career path. In recent years, a number of young entrepreneurs have launched crowdfunding campaigns with goals of building new and inspired hostels. Now, a new campaign is set to launch in October 2015 by Daniel Beaumont, founder of the hopefully first ever crowdsourced hostel, Podstel. The Podstel team has spent the last three years planning for their €100,000 campaign. If all goes according to plan, the Podstel team will break ground on their first hostel location in Leipzig, Germany. (Source: Podstel) 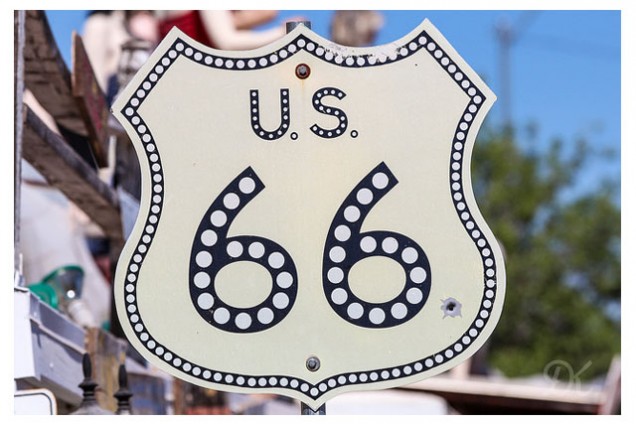 REVITALIZING AMERICA’S MAIN STREET Patch of Land, a real estate crowdfunding website based in Los Angeles, CA, recently launched its first hotel offering. According to Bankless Times, the project, with a goal of $3.2 million in funding, will support a Ramada Inn located on Route 66 in Arizona as part of an effort to revitalize the historical Route 66 landmark. (Photo Source: Creative Commons Ctrlaltdileep License 2.0)

There is little doubt that hotel crowdfunding presently makes up only a tiny fraction of the estimated $2.5 billion that will be raised from the crowd in 2015 for US real estate investment. According to Tim Edgar, Founder and President of Hotel Innvestor, in 2015 somewhere between $25 million to $30 million is likely to be raised through hotel crowdfunding. That amount may seem paltry, but hotels in general make up only a small percentage of total real estate in the US. Moreover, most hotels are fairly large assets, which can make them more difficult to crowdfund than small residential or retail developments.

Even still, there have been some notable successes. In April of 2014, Kittridge Hotels & Resorts LLC garnered national attention by using Realty Mogul to raise $1.5 million for a new night club at the 163-room Hard Rock Palm Springs Hotel in Southern California. As part of the offering, investors were offered such benefits as improved bookings, room-rate discounts and free use of poolside cabanas. According to Realty Mogul, the offering sold out that July. Since then, Realty Mogul has completed two other hotel offerings.

An even bigger success occurred in September 2015, when Korman Communities started accepting guests at the newly renovated AKA United Nations Hotel-Condo located at 234 East 46th Street, New York City. Of the $95 million needed to purchase, gut and renovate the extended-stay hotel-condo project, about $12 million came through a crowdfunding portal run by Prodigy Networks. Prodigy Network’s CEO and founder Rodrigo Nino is widely quoted (in sources including September’s Time Magazine and Bloomberg News) as calling the Manhattan hotel “the first ever crowdfunded building in New York coming to completion, from A to Z….”

Crowdfunding a hotel in Manhattan, which has traditionally been the top hotel market in the country, is no small feat. However, this milestone is only one of several signs that hotel crowdfunding is accelerating. Another is that hotel developers have recently started crowdfunding ground-up development projects, as evidenced by Hotel Innvestor’s $4 million offering for a 150-room Hyatt Place to be constructed at the Philadelphia Airport.

It is still early days for hotel crowdfunding, but the industry is growing up quickly. According to Tim Edgar, “The conversations that we are having with potential investors and issuers now are completely different from the conversations we were having eight months ago. People now know what crowdfunding is. They’ve heard about certain hotels that have been crowdfunded.”

Joshua M. Bowman is a partner at Sherin and Lodgen’s Real Estate Department and Corporate Department and is the Chair of the firm’s Hospitality Practice Group. He has substantial experience dealing with complicated issues related to commercial real estate ownership, development, finance, joint venture arrangements, acquisitions and sales, leasing, land use, licensing, management and franchise agreements, construction agreements, and food and beverage agreements.  Bowman has a particular concentration in representing owners and operators of restaurants and hotels, and is a member of the Hotel Industry Advisory Board for the New England Real Estate Journal, where he regularly writes articles of interest to the hospitality industry. In 2014, Bowman was selected as a Super Lawyer in the real estate industry by the publishers of Boston Magazine. He can be reached at 617.646.2281 or jmbowman@sherin.com.