A popular cultural narrative suggests that hospitality chains are a product of modern America. Although it seems clear that multi-unit hotel and restaurant brands proliferated in the United States during the twentieth century, historical research demonstrates that the phenomenon is actually much older. The origins of hospitality chains can be traced back to the Roman Empire. Organizational systems and travel behaviors have remained remarkably similar throughout Western civilization during the past two millennia.

The ancient Romans built more than 250,000 miles of roads throughout Europe and the Mediterranean region, including more than 50,000 miles that were paved with stones. The primary purpose of such roads was to facilitate the quick and reliable movement of public couriers and military forces. These roads were divided into sections of 1,000 (mille) paces or 5,000 feet. This constituted a Roman mile and is the derivation of the English word ‘mile.’ Along major roads, the engineers installed stone posts every mile to mark the distance and provide information to travelers.

At regular intervals along these roads, relay stations were established where travelers could rest, feed and water their oxen or horses, exchange horses, or pass communications from one rider to another. These were located at a distance equivalent to one day of travel, which was typically about 20 miles. An extended journey was thereby divided into multiple stages between posts and relay stations.

Guest houses with dining facilities were established at each relay station. Originally the state operated these as barracks for military or government officials. Eventually a shadow system of commercial places to stay or eat developed near relay stations.

Travel patterns maintained a great deal of continuity after the fall of the Roman Empire. The roads were durable and remained the primary means of land travel well into the Middle Ages. Systems of communication also followed the Roman model, as messages continued to be transmitted by couriers on horseback.

The relay stations eventually fell into disrepair, but they were periodically replaced over the centuries, often being rebuilt on the same plot of land. Travelers still needed to stop at a secure place to rest for the night, couriers still needed to pass messages among themselves, and horses still needed to be watered or exchanged. The system of accommodation along the Roman waysides continued.

In Britain, many of the terms for elements of these transportation and communication systems were eventually replaced by English equivalents. The Roman roads became known as ‘post roads’ due to the distinctive milestones positioned or posted along the route. The public courier system was eventually reconstituted by Henry VIII, who appointed a ‘Master of the Posts’ to manage the network. The duty of station keepers to provide services to official couriers was recognized by their appointment as ‘post masters.’

The relay stations became known as ‘post houses’ or ‘posting houses.’ These often served couriers, but the suffix ‘house’ emerged to signify a lodging facility, while the term ‘office’ later identified the distinct function of a courier station. An Old English word for dwelling evolved into the modern term ‘inn.’

During this period, suspension systems were added to wagons to enable a more comfortable ride along uneven road surfaces. The new vehicles were known as ‘coaches.’ Those that carried passengers for hire along 18 the post roads, in stages between post houses, became known as ‘stage coaches.’

At the beginning of the eighteenth century, Thomas Newcomen developed the first practical steam engine, to pump water out of mining shafts in England. This is widely recognized as a moment of acceleration in the Industrial Revolution. A century later, the same engine technology was applied to a system of coaches running on rails to create the passenger train.

The first major railway in the United States was the Baltimore & Ohio Railroad, which was established in 1827. A half century later, there were more than 150,000 miles of track throughout the United States. Trains stopped periodically to pick up and discharge passengers and freight. More importantly, the steam engines that powered these conveyances needed to replenish their supplies of coal and water on a regular basis. Therefore, a series of stations were created at intervals along the rail lines.

First, efficient operations required that passengers be ready to board together during a narrow timeframe, which often required an overnight stay before or after the day of travel. Second, at stations located near regional maintenance facilities, the railroad companies needed transient accommodations for their own employees traveling on business. Third, during the early years, trains did not have dining cars, so passengers had to disembark during long journeys to obtain food and drink.

Some of these hotels and restaurants were constructed and operated by the railroad companies themselves, some were created through partnerships between railroads and independent operators, and some were started by enterprising businesspeople with no direct connection to the railroads. Perhaps the most famous of these partnerships was established between the Atchison, Topeka & Santa Fe Railroad (AT&SF) and the Fred Harvey Company.

Harvey opened the first restaurant of this collaboration inside the railroad station at Topeka, Kansas in 1876. By the turn of the century, his company operated nearly 100 hotels and restaurants, mostly along the AT&SF main line through the southwestern United States, and employed almost seven thousand people.

The road system in the United States was antiquated at the beginning of the twentieth century. Most roads were dirt or gravel. Few were paved with hard surfaces such as stone, brick, concrete, or asphalt. The modern American highway system has its origins in two phenomena.

First, consumer demand for automobiles increased dramatically after the Ford Motor Company introduced the relatively affordable and reliable Model T in 1908. Ownership grew steadily over the next few decades, surpassing one automobile per American household on average by 1950. During this time, drivers increasingly complained about the quality of the road system on which their vehicles operated.

Second, after military leaders grasped the importance of logistics and mechanized warfare in Europe during World War I, they turned their attention to improving the road system at home. The United States Army dispatched an experimental convoy of trucks to drive across the American continent in 1919, but the roads were so poor that the journey took more than two months and numerous vehicles were lost along the way.

Subsequent publicity led to passage of the Federal Highway Act in 1921, which supported the improvement of roads nation-wide and the construction of an integrated national highway system. Among the new interstate roads was Route 66 from Chicago to Los Angeles, the first portion of which was designated in 1926. This paralleled the main route of the Atchison, Topeka & Santa Fe Railroad.

Three decades later, renewed complaints about the quality of the road system and concerns about military mobility again led the federal government to act, with passage of the National Interstate and Defense Highways Act in 1956. This funded a series of new or upgraded roads, which borrowed design principles from the innovative German autobahn system, allowing safe travel at high speeds.

A few insightful hospitality entrepreneurs perceived opportunity in this changing transportation system. One was Kemmons Wilson, who traveled from Memphis to Washington during a family vacation in 1952. He drove the nearly 900-mile route, which required stopping several times for overnight stays. Wilson was extremely dissatisfied with the poor quality of roadside lodging, and he subsequently decided to build his own version of the perfect motel. The first such property was built in Memphis and named ‘Holiday Inn’ after a popular film. Within a decade, there were more than 100 such properties throughout the United States, mostly adjacent to highways.

The physical ruins of Roman roads remain evident throughout Europe today. Many of the identical routes continue to be traveled. Paving stones and horses have been replaced by asphalt and automobiles, but destinations and travel patterns remain remarkably similar.

Numerous British roads have been identified by their Roman origins for centuries. This includes the modern A3052 through Devon, which was known as the ‘Old Roman Road’ until the introduction of the modern numbering system in 1936.

Along this route today stands the Cat & Fiddle Inn, which has been operating as a hotel and restaurant continuously for several hundred years. It is plausible that this site has been the location of a roadside lodging facility since the period of Roman occupation.

Similar historic inns are located throughout Europe along former Roman roads. The idea of the post road was brought to America during the British colonial era. The ‘Boston Post Road’ connected Boston to New York via Springfield, following a route that was traveled as early as the seventeenth century.

About twenty miles west of Boston, along the Boston Post Road in Sudbury, David Howe began to offer hospitality services to travelers from his home in 1716. The celebrated poet Henry Wadsworth Longfellow visited in 1862, and subsequently used the Howe Tavern as the setting for his collection Tales of a Wayside Inn. The tavern quickly became known informally as ‘Longfellow’s Wayside Inn,’ which was adopted as its official name in 1897. Today, the Wayside Inn is one of the oldest continuously operating hospitality businesses in the United States, and is listed on the National Register of Historic Places.

Although the Boston Post Road is no longer a major highway, the longstanding travel patterns between Boston and New York continue. The historic route runs parallel to modern interstate highways through Massachusetts and Connecticut. And along the original post road itself—only seven miles west of the Wayside Inn at the intersection of Interstate 495—travelers today can find accommodation and refreshment at a Holiday Inn.

The ancient system of relay stations has also survived to the modern era as an intangible business practice. Entrepreneurs have been following transportation routes for centuries, seizing opportunities to meet consumer demand wherever travelers need to pause for refreshment or sleep.

This phenomenon is not exclusive to European civilizations or the regions formerly part of the Roman Empire. The practice of establishing stations along travel routes can be found in cultures throughout the world. Nonetheless, the interdependent development of travel systems and the business of hospitality are particularly well documented in the historiography of ancient Rome, and physical evidence is readily apparent at excavated ruins through-out Europe.

The Roman relay station, the medieval post house, the New England inn, the railroad restaurant, and the highway hotel all share a common heritage. Just as the horses of ancient couriers stopped for water, so did the ‘iron horses’ of the railroads. Just as ancient oxen paused to forage, so do automobiles stop for gasoline. And just as ancient voyagers needed to stop for sleep or nourishment, so do modern travelers visit roadside hotels and restaurants.

The idea of a multi-unit hospitality system—with a series of similar units operated by a single entity or by independent entrepreneurs using common principles, with relatively consistent expectations from diverse consumers, regarding the range and quality of services that might be available, across a broad geographic region—is nothing new. Modern chains of hotels and restaurants are following in the footsteps, sometimes literally, of prior generations.

The origins of American hospitality can be traced directly from the ancient Roman occupation of Britain, through medieval England, to the British colonial era in America, through the period of Industrial Revolution and westward expansion in the United States, and finally to the modern era. 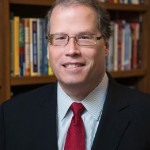