The BU Center for the Study of Asia, Preservation Studies Program, and Dept. of History of Art and Architecture are pleased to invite you to attend  the next Asian Cultural Heritage Forum lecture: 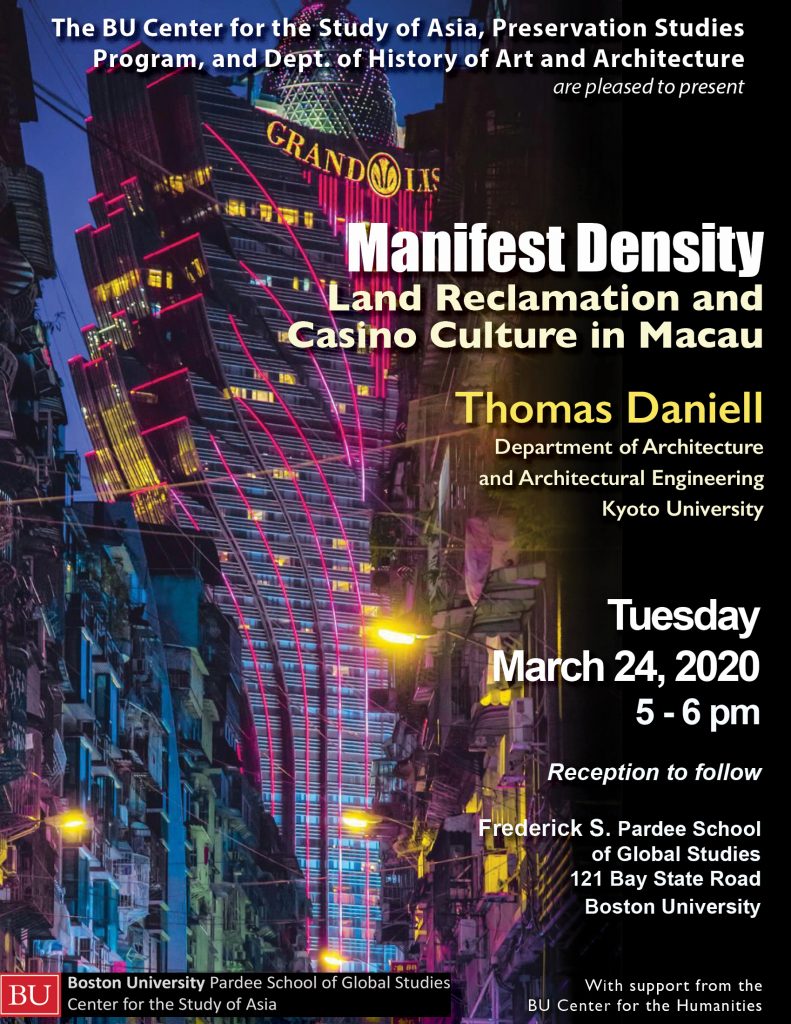 Constrained by its limited territory, Macau has been forced to develop through densification and land reclamation, a process that has accelerated in recent decades. More than half of Macau’s territory is artificial land reclaimed from the sea, most of it created within the last hundred years. Each successive reclamation provides the opportunity to reinforce, extend, or contradict the existing identity of Macau, and to project alternative futures. Rather than a historical layering of buildings and public spaces within a centralized territory, Macau has gradually expanded into patchwork of adjacent yet distinct urban conditions: the Baroque axes and plazas of the Portuguese colonial city, the labyrinthine alleys and patios of the Chinese neighbourhoods, the parallel bands of the waterfront warehouses and factories, the gridded, colonnaded high-rise commercial districts, the concentric podium-and-tower luxury housing projects, and the hermetic megablocks of the casino resorts. This lecture will outline at the history of land reclamation in Macau, and examine the resulting urban mosaic. 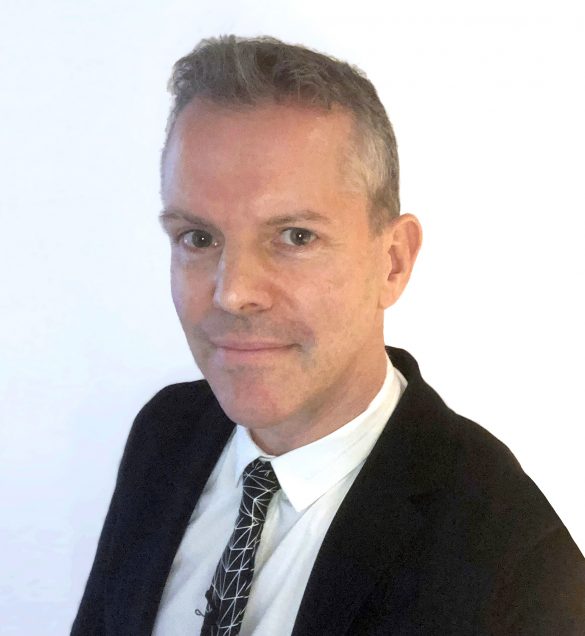 Thomas Daniell is Professor of Architectural Theory and Criticism at Kyoto University, Japan. He holds a B.Arch from Victoria University of Wellington, M.Eng from Kyoto University, and Ph.D from Royal Melbourne Institute of Technology. From 2011 until 2017, he was Head of the Department of Architecture at the University of Saint Joseph, Macau. In 2017 he was the M+/Design Trust Research Fellow, Hong Kong, and in 2019 he was a Research Fellow at the Canadian Center for Architecture, Montreal. A two-time recipient of publication grants from the Graham Foundation, his books include FOBA: Buildings (Princeton Architectural Press, 2005), After the Crash: Architecture in Post-Bubble Japan (Princeton Architectural Press, 2008), Houses and Gardens of Kyoto (Tuttle, 2010; second edition 2018), Kiyoshi Sey Takeyama + Amorphe (Equal Books, 2011), Kansai 6 (Equal Books, 2011), An Anatomy of Influence (AA Publications, 2018), and The Cosmos of Sei’ichi Shirai (The MIT Press, forthcoming). 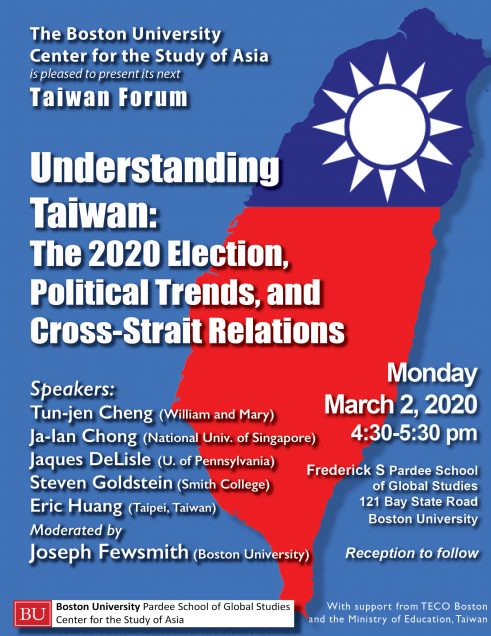 The BU Center for the Study of Asia is pleased to invite... 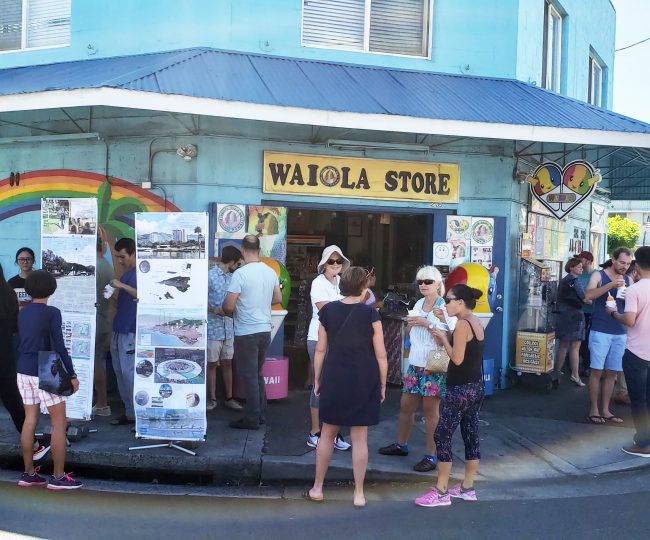 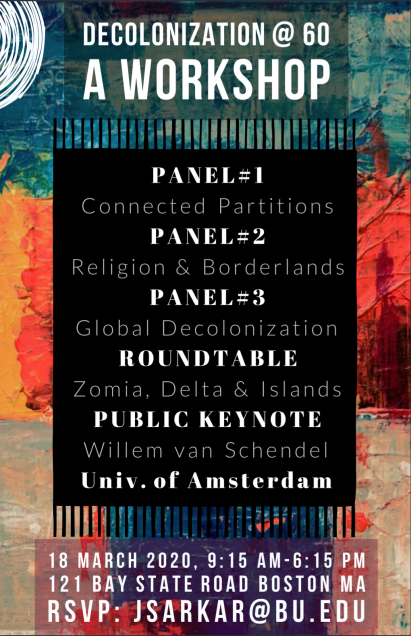