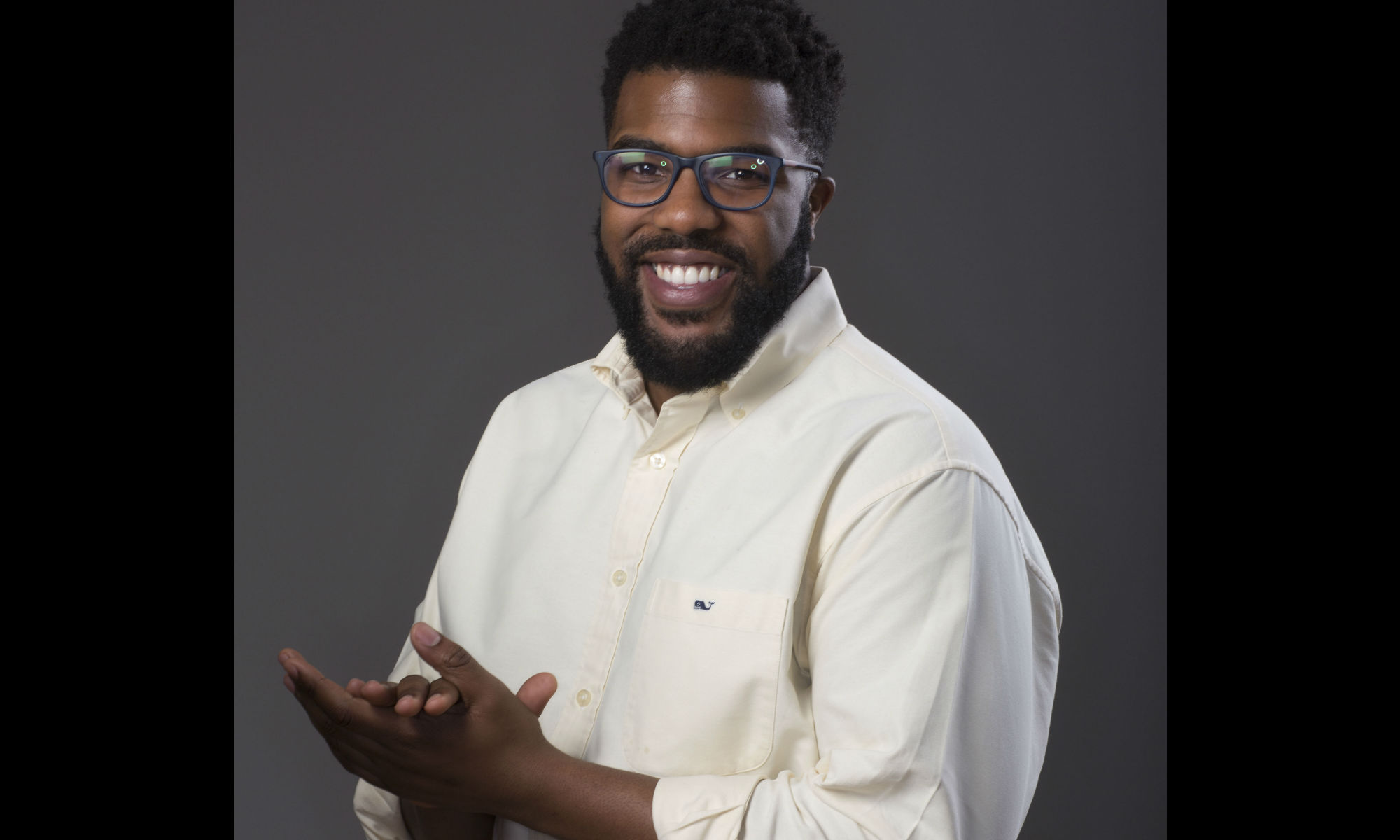 Brendon graduated from the Arts Administration program in 2012 following internships with several organizations, including Boston Ballet and the Boch Center. Prior to enrolling in the program, he completed a Bachelor’s degree in Music and Economics from the University of Virginia and worked with the Hyannis Sound, a professional a capella group in Cape Cod. To further pursue his passion for the arts, Brendon decided to enroll in BU’s Arts Administration program in 2010.

Brendon now works as a Development Associate at Robin Hood, the largest poverty-fighting organization in New York. In this interview, he speaks about his current job, previous positions, and his experience in the program.

How did the Arts Administration program help you explore your career options and get to where you are today?

I really took advantage of the fact that I was not working full-time while I was in the Arts Administration program by having an internship every semester. Those internships allowed me to experience the field from different perspectives (marketing, development, and consulting). In addition to the experience that I gained by working, having multiple internships helped me better understand both what I did and didn’t want in regard to my career.

How did you get started in the field?

During my last semester in the program, I took an Arts Leadership course. Javier Torres, then the Senior Program Officer for the Arts & Culture portfolio at the Boston Foundation, came and spoke about the foundation’s role in supporting the arts. I was blown away by his eloquence and the foundation’s commitment to support the arts. Immediately after the lecture, I walked up to him and asked if he was free for coffee and a conversation about the work.

A couple of months after our sit-down, a role opened on the development team at the Boston Foundation and I reached out to Javier to see whether that role was something he thought I should apply for. He told me that I should apply and the rest is history!

Could you tell us about your transition from performing arts to arts administration and then to nonprofit management?

I’ve always enjoyed the performing arts. Before I was ever a performer, my parents instilled a real appreciation for them by regularly taking me to musicals, plays and other events. As I grew up, I became more involved as a performer and became truly passionate about performing arts.

When I was an undergrad, I got interested in Arts Administration as it was a way to connect my passion for the arts with coursework that focused on things like making the arts more accessible and promoting the health of nonprofits. With a little nudge (or draining pressure depending on whom you ask) from my parents, I looked to combine those two things into a career.

While I was in BU’s Arts Administration program, I tried to develop a set of skills that would translate into a career in nonprofit management or nonprofit consulting. I made an effort to learn as much as I could about the nonprofit sector and to broaden my understanding of what makes organizations tick. That experience has proved to be invaluable. When I started working at foundations I found that, in addition to monetary support, foundations often play the role of nonprofit manager to their grantees.

You have been working as a Development Associate at Robin Hood for nearly two years. Could you tell us about your work with the organization?

Robin Hood grants out between $100-$150 million annually, and from a development perspective, that means there’s a lot of work to do to replenish the coffers every year.

As a member of the Development team, my responsibilities are focused around events, corporate partnerships, and donor stewardship.

The lion’s share any of my responsibilities focus on project management for events that we hold. Nailing down details around budgets, communications, and staffing plans all fall under that umbrella.

I also co-manage our young professionals group, the Philanthropic Young Things (P.Y.T.s). That work is more focused on making and managing relationships with grantees and P.Y.T.s as we work to put together a calendar of events that gets the group excited and engaged in Robin Hood’s work.

You’ve also worked with other organizations, such as the Boston Foundation and Boston Ballet. How did this work experience help shape your career?

While the big/résumé-building stuff is obviously important, the work experience that has shaped my career the most has more to do with stuff that doesn’t end up on résumés.

Navigating office culture, remaining flexible when roles are changing, and seeing transition as an opportunity rather than a challenge are all things that have shaped my career.

According to you, what does an organization look for in an arts administrator?

In my opinion, organizations are looking for passion in arts administrators. A connection to an organization’s mission makes it easy to come in early, stay late, and take on extra work because you’re fueled by the passion to further that mission.

Please tell us about a recent accomplishment that’s meaningful to you.

A little over a week ago, Robin Hood held its annual Big Benefit and raised over $54M to help impoverished New Yorkers. As a member of the Events Team, I got to watch the event come together. It’s beyond exciting to watch something go from being sketches and ideations to a real-life product. There are countless hours put into the execution of the event and in addition to the impact that the funds raised will have on our neighbors in need, it’s awesome to work REALLY hard with a team and have that hard work pay off.

Have you experienced any setbacks in your career? What did you learn from them?

I’d like to believe that I haven’t experienced any setbacks in my career thus far *knocks on wood*. The rough patches that I can speak directly to are the conversations that often take place early on in new roles, where you have level-setting conversation where a superior (or a colleague) gives you constructive criticism. I think we’d all like to believe that we’re doing high-quality work but that constructive criticism is always a nice little wake-up call. That criticism isn’t meant to hurt you, but rather remind you that there’s an even higher level you can reach.

Do you see any major challenges or issues in today’s arts industry?

I think the major challenges in today’s arts industry revolve around the friction that comes with generational differences. For both producers and consumers of the arts, there has been a shift from conventional modes and mediums, and our arts institutions are trying to adjust to these shifts.

This has resulted in some cool and inclusive stuff (for example, Google Arts & Culture Museum Views) and some stuff that I think is a little less cool (such as patrons using their phones during performances).

How do you stay up to date with news in the arts industry?

In true millennial fashion, I use social media to stay up to date with news in the art industry. I’m on several listservs and Facebook groups, and use my Twitter account to follow leaders and organizations that I find inspiring. In addition to those, I try to stay in touch with friends in the field to learn about challenges and successes that their organizations are experiencing and relate those to the trends that folks are reporting on.

Were there any classes in particular that you would recommend to current and prospective students?

There are a couple of classes that stick out to me. My top 3 were probably Financial Management for Nonprofits (MET AR750), Janet Bailey’s consulting class (MET AR804 – Advanced Management and Consulting for Arts Organizations), and the Arts in Barcelona (MET AR787). While Financial Management wasn’t the most exciting course in the program, being able to read budgets and articulate the hows and whys of an organization’s spending are skills that come in handy.

Janet Bailey’s consulting class was a great capstone course. The projects we worked on were a great opportunity to use the theories learned throughout the program to solve real-life challenges that organizations were facing. In addition to Barcelona being one of my favorite places in the world, the Arts in Barcelona class was great opportunity to learn more about Catalonian culture, state-supported arts initiatives, and eat paella for every meal. I recommend all three!

Do you have any advice for current and prospective students?

My only piece of advice for current and prospective students is to be authentic. In addition to a kickass work ethic, people want to work with people that they like, and being yourself is a great way to disarm your classmates and colleagues and create space for open-minded, accepting environments and dialogue.