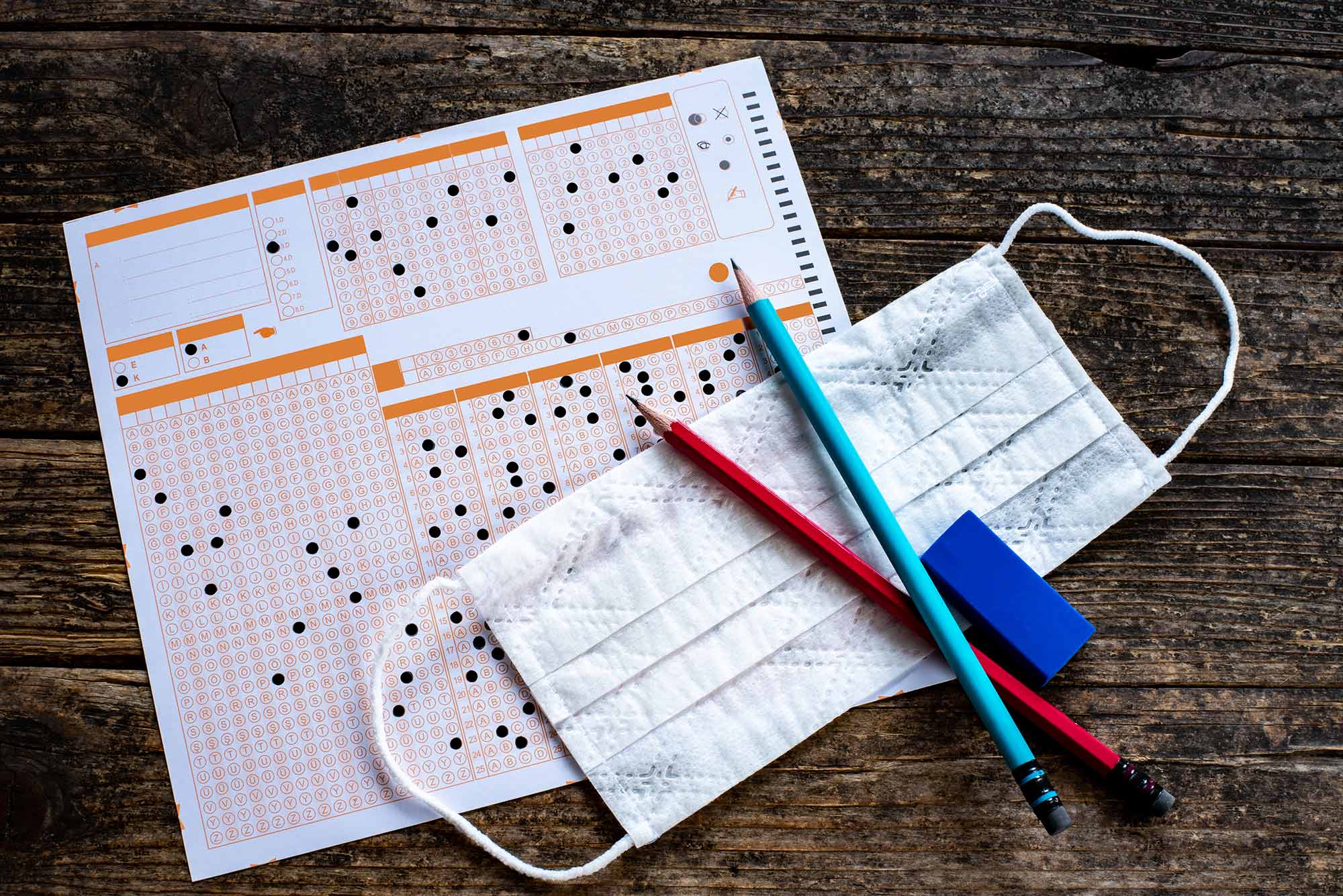 The new provision has increased the number and diversity of applicants

One year after the widespread postponement of SAT and ACT tests persuaded BU to make standardized tests optional for students applying for undergraduate admission for the fall 2021 and spring 2022 semesters, the University has extended its test optional policy for another year.

In a statement posted Wednesday on the Admissions website, Kelly Walter (Wheelock’81), associate vice president for enrollment and dean of admissions, says the continuing risks associated with the global pandemic and limited access to standardized test administrations persuaded the University to extend the test optional policy for students applying for admission to either the fall 2022 or spring 2023 semesters. The test optional policy applies to all undergraduate schools and colleges at BU, as well as all scholarship programs.

Walter says it would be unconscionable to ask students to risk their health and safety to take a standardized test in the current  environment while many high schools across the country remain closed for in-person learning. “The college admissions process is already sufficiently daunting for students,” she says. “It can be overwhelming, so anything we can do to minimize the stress and anxiety they feel is the right thing to do.”

“Remaining test optional for at least another year is the right approach to admissions to Boston University, given the massive disruption to high school education caused by COVID-19,” says Robert A. Brown, BU president. “I am very proud of the ability of our admissions team to pivot to considering applications on this basis.”

While the test optional policy was adopted as the University’s best response to a challenging situation, it is at least partially responsible for significant gains in the number, quality, and diversity of applications. Freshman applications for the Class of 2025 rose more than 24 percent (nearly 15,000) over last year’s numbers, to a record 75,734. The average SAT score for those submitting test scores this year is 1438, 78 points higher than last year, when submitting a test score was required of all applicants. The average ACT score climbed to 33 this year, two points higher than last year and the average high school GPA for those applying for admission next year is 3.70, compared to last year’s 3.68.

Walter says research indicates that test optional policies tend to increase the diversity of the applicant pool, and “we have seen very clearly that it does that without compromising the caliber of the students. This is not only our largest applicant pool in history. It is our strongest and our most diverse.”

The University’s overall number of applicants echoes increases seen at other selective colleges and universities that have also adopted test optional policies. Data from the Common Application show a 15 percent increase in applications to colleges similar to BU. However, Walter says, the same data indicate that applications to most colleges, including state schools, declined for first-generation students, low-income students, and students from underrepresented minority groups.

“The good news is that BU is bucking this trend,” she says. “And I think it’s because students are drawn to our commitment to academic excellence and can envision a place for themselves at BU.”

The number of early decision applicants also climbed. This year, 5,661 students indicated that BU was their first choice, a 12.1 percent increase over last year’s first-choice applicants. Walter projects that more than half (53.3 percent) of the Class of 2025 will enroll through early decision.

Fewer than half (41.6 percent) of applicants to the Class of 2025 chose to include standardized test scores with their applications, an option that is offered to all applicants to all schools, colleges, and programs at BU.

Walter takes heart from the numbers and types of students that the test optional policy is attracting to BU. While the University never relied on a single factor or attribute to determine the admissibility of an applicant, she says, the test optional policy encourages greater consideration of important indicators that go beyond standardized testing, such as academic performance, academic rigor, letters of recommendation, writing skills, and personal accomplishments. This, she says, is an opportunity to consider a new and perhaps overdue redefinition of achievement.