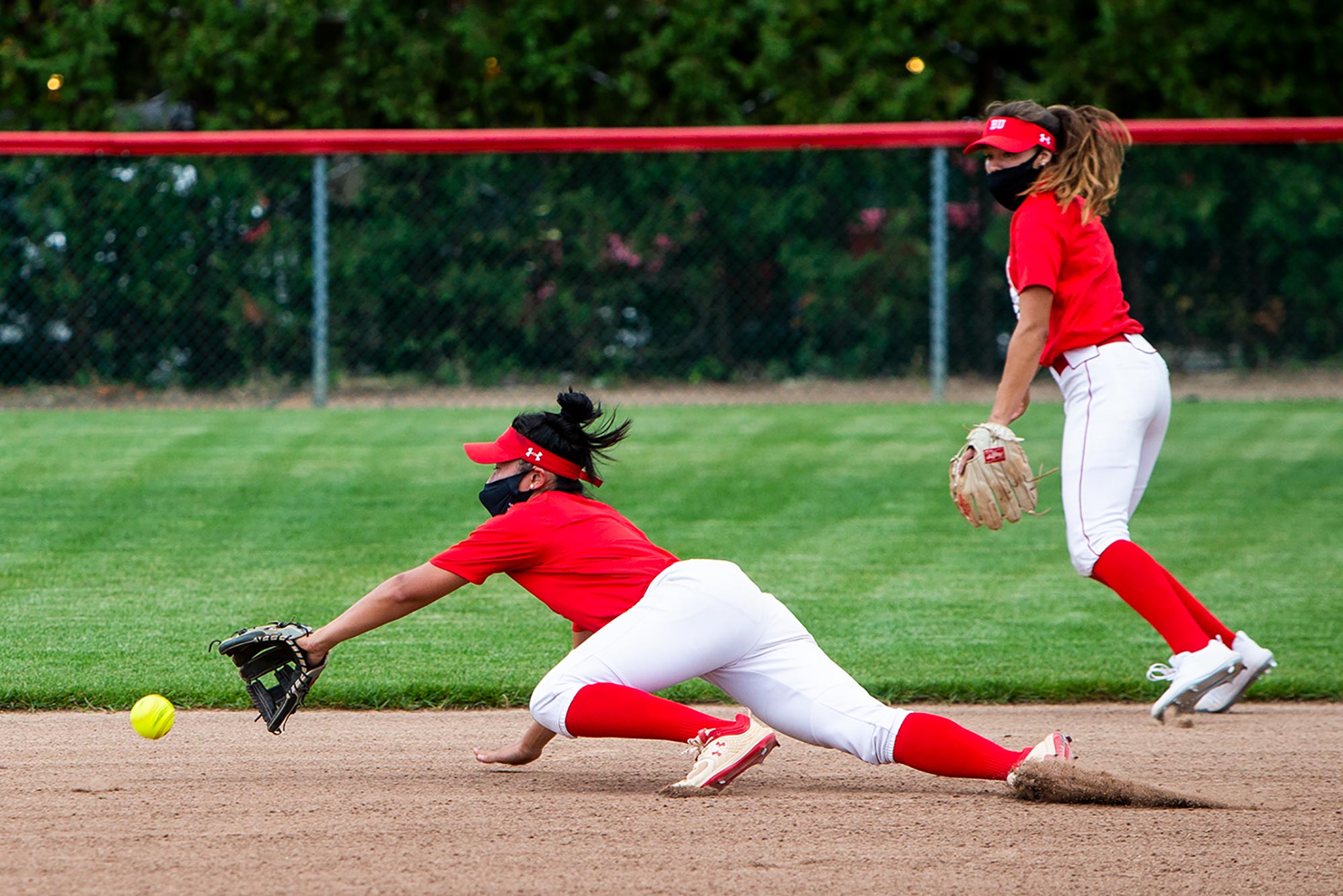 Patriot League Announces Plans for a Spring Unlike Any Other

All of BU’s varsity teams, including fall programs, will compete this semester

The Patriot League has announced plans for league schedules and championships for the spring semester, and it promises to be a season unlike any other. Fall sports, unable to compete last semester because of the pandemic, will join traditional spring athletic programs in competition this semester.

Drew Marrochello, BU’s director of athletics, says the  announcement is a major step toward getting all Terrier varsity programs back in action, following the lead of the BU basketball and hockey programs, which resumed play earlier this month. “We promised all of our programs that we would make every effort to provide them a competitive season this year, and the Patriot League announcement was an exciting step toward that for our teams,” Marrochello says, adding that adherence to local and campus protocols remains as important as ever. “All of the hard work that went into getting our basketball and ice hockey seasons underway will help to guide us in the coming months, and we look forward to returning the rest of our department to competition this spring.”

Each Patriot League sport will have its own scheduling format this spring, with each tailored to maximize the athletes’ safety while also creating as close to a normal schedule as possible. All sports will be played within league competition only, and the majority of programs will experience a shortened season. Fans are not expected to be allowed at any BU home games.

Below are details for how each program will compete. Additional information will be provided in the coming weeks.

The Patriot League’s seven field hockey teams will compete in a six-game league-only schedule between March 7 and April 18. The league tournament will feature the top four teams, based on the results of the regular season, with semifinals on April 22 and the championship game on April 24.

The 2021 Patriot League Women’s Golf Championship is yet to be scheduled, but will be hosted by Lehigh University at the Saucon Valley Country Club in Bethlehem, Pa.

The Patriot League’s nine men’s lacrosse programs will be divided into two divisions for the 2021 season, with BU joined by Army, Colgate, and Holy Cross to make up the North Division. The South Division will consist of Bucknell, Lafayette, Lehigh, Loyola Maryland, and Navy. The regular season will start on March 6 and conclude on April 24, with a built-in makeup date planned for May 1. Teams will play a minimum of seven games, meeting each of their divisional opponents at least once, with a potential for games against members of the opposite division as well. The top four teams will advance to the playoffs, with the semifinal round on May 7 and the championship on May 9.

Like the men’s lacrosse program, the Patriot League’s 10 women’s lacrosse teams will be separated into two divisions, each comprising five schools. BU will be matched with Army, Colgate, Holy Cross, and Lafayette to form the North Division, with American, Bucknell, Lehigh, Loyola Maryland, and Navy comprising the South Division. Regular-season play will begin on March 6 and close on April 24 or May 1. Teams will play against each divisional opponent at least once and could also face nondivisional competitors to round out a minimum of seven league games. The postseason will begin on May 6 with the semifinal round among the top four teams, and the winners will face off in the championship on May 8.

The 2021 Patriot League Rowing Championship is slated for May 14 at Cooper River in New Jersey.

The Patriot League’s 10 men’s soccer programs will be split into two 5-team divisions, similar to what is planned for the conference’s lacrosse leagues. BU will play alongside Army, Colgate, Holy Cross, and Lafayette in the North Division, with American, Bucknell, Lehigh, Loyola Maryland, and Navy in the South Division. The regular season will run from February 27 to April 10 and each team will play a minimum of six league games, facing each member of its division at least once. The championship dates and format are yet to be determined.

The 10 Patriot League women’s soccer teams will have an identical season structure to that planned for the men’s league, with the same divisions, schedule guidelines, and dates.

The seven Patriot League softball teams will play 24 games in a league-only round-robin format, beginning on March 27 and ending on May 9. Teams will face every opponent four times, and the best four teams after the regular season will move on to play a double-elimination tournament running May 13 through May 15.

Men’s and Women’s Swimming and Diving

The 2021 Patriot League Men’s and Women’s Swimming and Diving Championships will be held over four days, April 21 to 24, and will be hosted by Bucknell.

The Patriot League’s track and field programs will participate in the Patriot League Challenge, which will be held at four locations on either February 27 or February 28. BU will be paired against Holy Cross and will compete  at BU’s Track & Tennis Center.

The 2021 Patriot League Men’s Tennis Championship will be held April 22 to 25 at Lehigh University, in Easton, Pa.

The 2021 Patriot League Women’s Tennis Championship is planned for April 29 through May 2 at the US Naval Academy, in Annapolis, Md.

Patriot League Announces Plans for a Spring Unlike Any Other