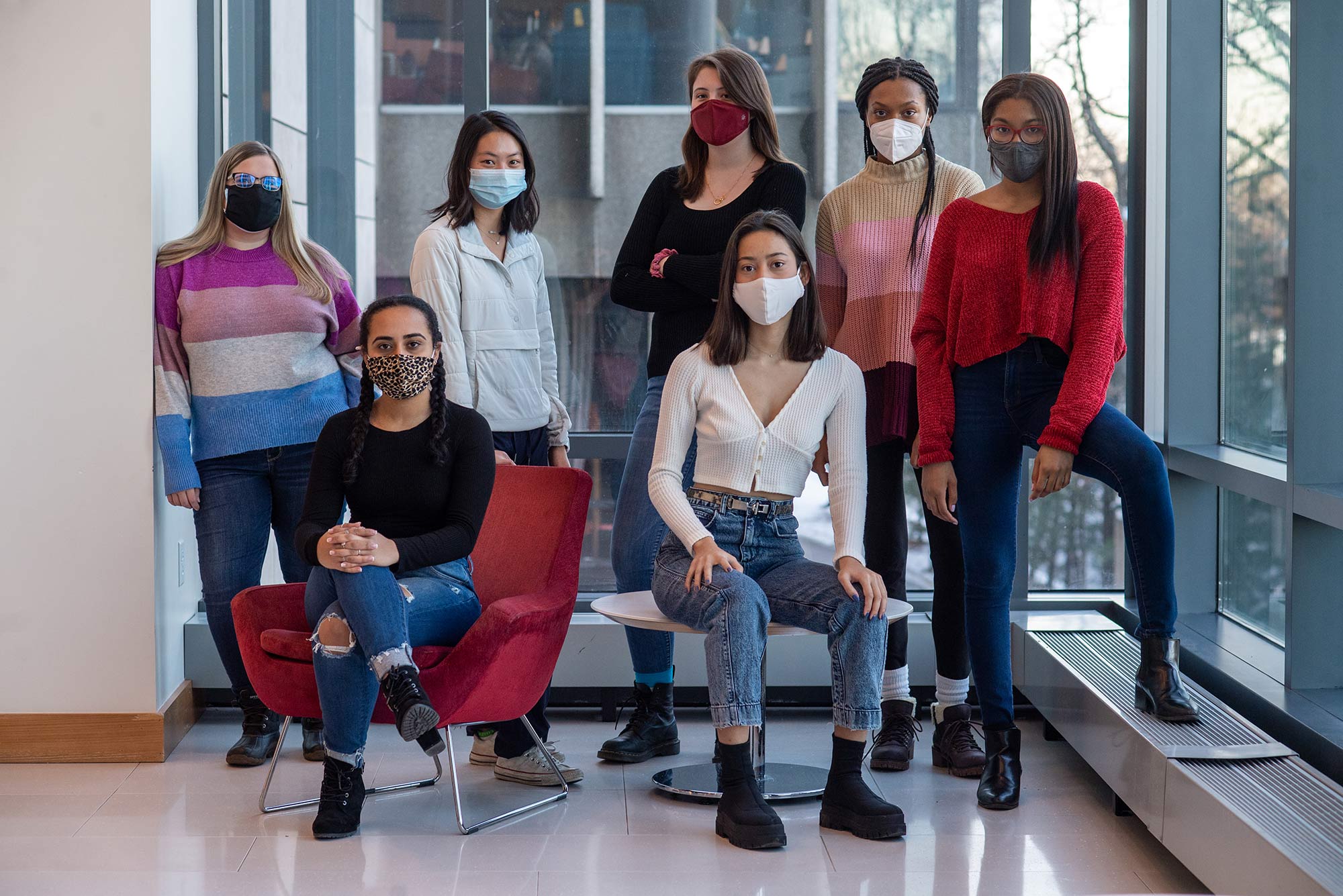 As a little girl, Lara Werneck watched her Brazilian-born parents struggle to make themselves understood to American listeners. She caught the “ignorant smirks, glares, eye rolls” from natives, even though her parents “were trying their best to speak proper English.” Her heart broke when their efforts were met with: “Go back to your own country.”

“I usually had to come in and save the day with my ‘acceptable’ and understandable English,” Werneck (CAS’23) says. But linguistic skill didn’t spare her elementary school taunts about her “smelly” Brazilian lunches. “If I was my older self in that position today, I would definitely educate them on the ingredients my palette knew that they should try, too. But my younger self solely felt embarrassed and ashamed.

“I’m so passionate about spreading cultural awareness, especially for the children who are in the position I was. These children shouldn’t have to feel the need to hide their culture simply because it is unknown.”

Making cultures known requires telling people’s stories. That’s why Werneck and Yiran Yu (Pardee’23) debuted the website Migration Tales in January, where they and other students publish interviews with immigrants about where they come from and where they hope to go in their American journey.

They find interviewees for Migration Tales by leveraging students’ family connections and local nonprofits working with immigrants. “We have designed two sets of questions: one for someone who has personal experience of migration, and one for a child or a family member of migrants,” Yu says. “Several of our interviewees said that they found our questions a valuable opportunity to contemplate and celebrate their journeys, which are often unmentioned in their daily lives.”

Among the profiles so far are one Werneck wrote about 19-year-old Allyson, whose Colombian parents spent two years apart—her father here, her mother back home waiting for permission to join him. From the write-up: “‘The biggest thing was working hard to achieve their goals,’ Allyson said. ‘My parents went through a lot to be able to get to America. If it wasn’t for their experiences, I wouldn’t have such a strong work ethic or the determination that I have now today.’ As a child of immigrant parents, Allyson strives to carry on her family’s dreams in America. For example, her mother always wanted to be a healthcare worker, and since she was not able to pursue that career, Allyson’s dreams of becoming a doctor are that much more important to her.”

Yu profiled fellow China native Justin, 20, whose parents came to America for grad school in the 1990s. “When I was younger,” he told Yu, “I thought a lot about assimilating and why I was, you know, treated differently [because] my family was different compared to other families. There’s just always an internal struggle of how Chinese I can be, or how American I wanted to be…It wasn’t until much later when I realized the significance of keeping my heritage and culture very close to me.”

Yu wrote: “Justin also hopes to see changes in how people talk about immigration. ‘It’s so unfortunate that the immigrant story, especially in the last few years, has been shaped as something to demonize rather than a universal experience,’ Justin said. ‘Because everyone in the US comes from a family of immigrants, except for Native Americans. Everyone came here from overseas, at some point, right?’”

The dozen students working on Migration Tales—all Terriers but for one from Colgate—handle writing, editing, researching, graphic design, and other tasks. For aid with multilingual interviews, the site, which welcomes other interested students, has access to speakers of Spanish, French, Chinese, Portuguese, and Korean. “Language can be a barrier for many to convey their stories,” says Yu. “That’s why we hope to recruit more multilingual students.”

Yu’s mother relocated the family from China in the belief that a US education would give her two children the “most advanced knowledge” and exposure to diversity, she says. Culture shock hit hard, as “my mother had no clues how to pay water bills or register for healthcare, and she felt socially isolated with nearly no acquaintances around.” Nor was it a happy experience when Americans, led by former president Donald Trump, damned COVID-19 as the “Chinese virus,” making her mother self-conscious, her daughter says, though overall, “my family are happy with our migration.”

“I realized my mother’s perseverance in pursuing more opportunities for her family is deeply rooted in a single factor: love.”

The goal of Migration Tales is to post two interviews per week, as well as to expand into a BU club. The students hope that would help form branches on other campuses. A club, Werneck says, could sponsor such things as events “where immigrants are literally given the mic to share their stories, whether that is through music, a poem, a speech, a short storytelling session.”

Meanwhile, the website has Instagram, Facebook, and LinkedIn accounts to publicize itself and draw a growing  audience. One member is handling outreach to other BU student organizations, and a podcast is in the works as well. “We plan on reaching out to different departments on campus, such as the anthropology department,” Werneck says, “to provide them flyers about our work that they can attach to their newsletters.”

Beyond her personal biography, Yu’s interest in migrants’ stories was sparked by writing for the Daily Free Press, where “I was taught the power of storytelling,” she says, and by an anthropology class where she was assigned to interview her mother about moving to the United States.

The two had never discussed her mom’s motives, emotions, and thoughts about the experience. “The interview was emotionally charged and transformative,” Yu says, “as I realized my mother’s perseverance in pursuing more opportunities for her family is deeply rooted in a single factor: love.”

That epiphany reinforced a bit of wisdom for the daughter: “The emotions embedded in migrant stories can illuminate our shared humanity.”