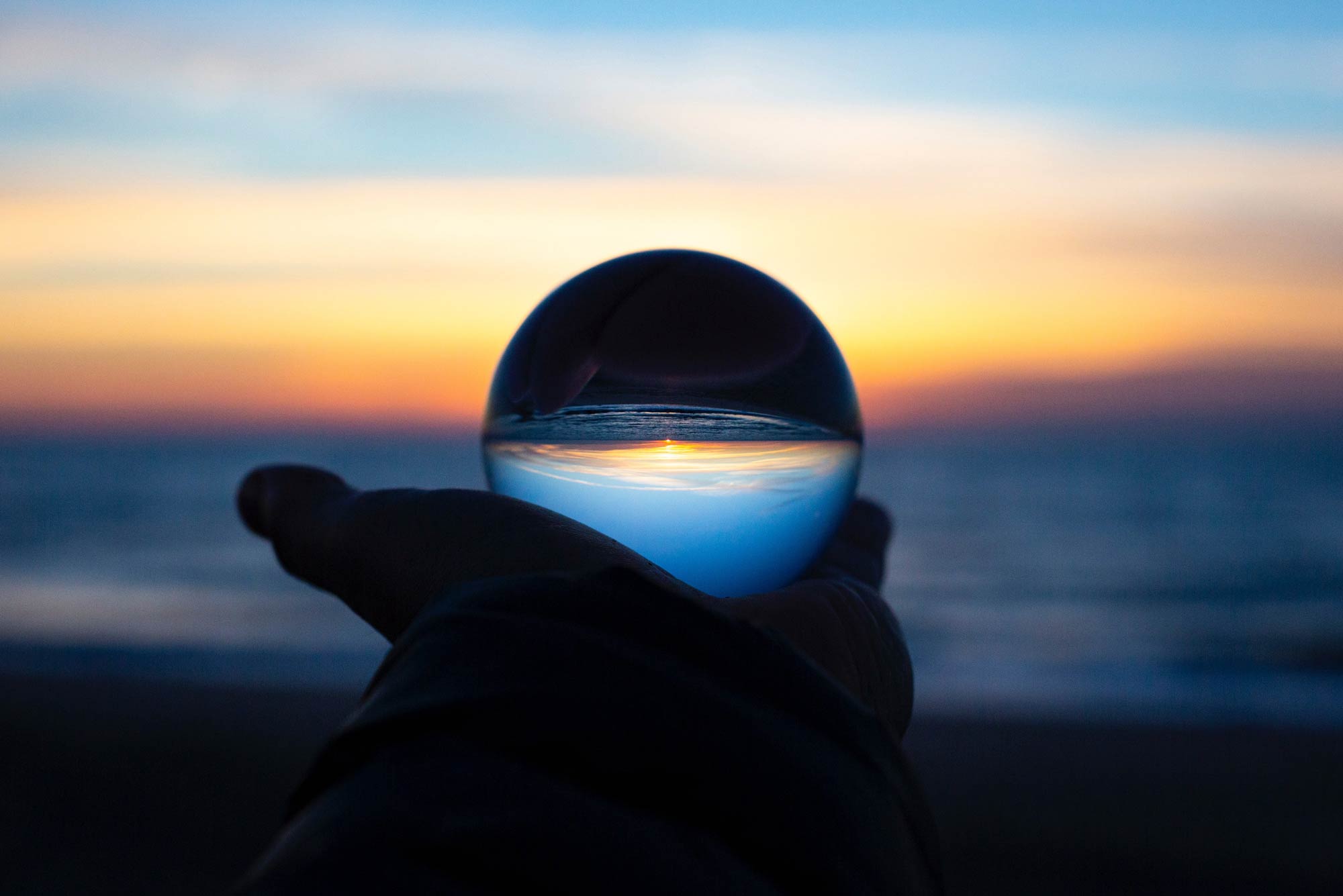 A forecast of what to look for in the year ahead regarding politics, business, and the environment

The year has barely begun, but 2020 already promises to be memorable, with the presumed departure of the United Kingdom from the European Union, the 2020 Summer Olympics in Tokyo, the planned launch of NASA’s Artemis I mission to the moon, and of course, a US presidential election in November. What else might occur in the coming year, and what trends can we expect to see?

We spoke with four BU faculty members who are experts in their fields, politics, climate change, business branding, and cybersecurity. Cybersecurity expert Gianluca Stringhini, a College of Engineering assistant professor of electrical and computer engineering, provides insight into potential disinformation campaigns in the upcoming presidential election. Virginia Sapiro, a College of Arts & Sciences professor of political science, addresses the impact of changing voter demographics. Henrik Selin, a Frederick S. Pardee School of Global Studies associate professor of international relations, whose research focuses on the environment and sustainable development, weighs in on the call for climate action—and recommends next steps. And Kabrina Chang (CAS’92), a Questrom School of Business clinical associate professor of business law and ethics, projects how brands and companies will address social advocacy and privacy concerns in the coming year.

Voting in the era of social media

BU Today: Will deepfakes and other disinformation campaigns become more of a threat in 2020? Could either pose a serious threat to the integrity of the upcoming US presidential election?

Gianluca Stringhini: Disinformation will definitely be a serious threat in the upcoming election. We saw disinformation efforts during the 2016 and 2018 elections, and the techniques used by disinformation actors have been refined since. A worrying trend that we are observing is that in countries like those in the United Kingdom strategies that were previously used by foreign disinformation actors are now being adopted by legitimate political campaigns. For example, in England the Tory party’s Twitter account changed its identity into a fictitious fact-checking organization during a political broadcast. Changing online identities to pretend to be reputable entities such as local newspapers is a strategy that we have observed Russian state-sponsored actors adopt during the 2016 election. There is a risk that similar techniques will be adopted by official political campaigns in the 2020 US election. This would add to the risk of foreign actors interfering in the discussion with targeted disinformation campaigns.

How might voters’ shifting demographics influence this year’s presidential election?

Virginia Sapiro: The era in which a cohort of voters enters the electorate seems to make a long-term difference. For example, the people who entered under Lyndon B. Johnson vs. Ronald Reagan vs. Bill Clinton vs. Barack Obama vs. Donald Trump are likely very different due to the events and social environments that have shaped them. Additionally, the current youngest voters (ages 18 to 30) have had a very different life experience from those in earlier generations. Boston University students, for example, are shocked to learn how anti-gay the culture was until recently—and they have trouble believing there were so many people who were opposed to same-sex marriage. They don’t remember when cross-race marriage was illegal in some states. They don’t remember when there was no social media. Essentially, many national events, social movements, and technological innovations are shifting our political landscape, which will definitely have an impact on the elections.

The cost of climate change

In the coming year, are there likely to be more social movements across the globe that could lead to progress in addressing climate change?

Henrik Selin: The growing social mobilization around climate change in countries all over the world is a significant political development. It has brought both young people and adults to the streets in record numbers. It will take time to develop and implement a more ambitious climate policy, but there is a strong social movement carrying over into the New Year, urging decision-makers to act.

What kind of infrastructure do we need to support a clean energy economy? Is such an economy achievable in the future?

Selin: A clean energy economy requires a fundamental restructuring of energy systems away from fossil fuels to low-carbon sources. This is both achievable and urgently needed—not to mention demanded for. The real question is not how much money this will cost, but how much climate change will cost both current and future generations if we do not undergo this transition as quickly as possible.

Consumers and employees are looking to brands to be socially and environmentally conscious—and take strong stances. As more people do this in 2020, how will corporations respond to these expectations?

Kabrina Chang: Consumers and employees look to businesses, now more than ever, to be socially conscious. This expectation includes involvement in areas outside of their core business, such as immigration (like the Wayfair walkout), white supremacy (e.g., the threat of consumers boycotting Under Armour after its CEO spoke out in favor of President Donald Trump in the wake of the 2017 Charlottesville murder), and gun control (e.g., companies like Best Western and Delta Airlines cutting ties with the National Rifle Association after the devastating 2018 high school shooting in Parkland, Fla).

Corporate social advocacy has been building for many reasons over the past several years, and I don’t think it is going to slow down. Whether this momentum is in response to customer demand, employee activism, or the motivation of CEOs or other executives (e.g., Marc Benioff, the activist CEO of Salesforce.com), social advocacy is increasingly becoming intertwined with corporate America. Many businesses will embrace this overlap, especially those that have upheld themselves as leaders in ethical practices—not necessarily focusing on their personal ethical practices, but more likely on a higher standard of operations.

As far as navigating this expectation, companies have to think of their stakeholders. As we have seen, almost 200 companies have said their main purpose is no longer just creation of shareholder value. Today, this purpose also includes “supporting outside communities” and underscoring the link between “purpose and profit.” This purpose more and more includes issues outside of companies’ core business, so corporations should expect that they will be asked about their position on a range of social, political, and environmental issues.

Data-collection technologies, such as targeted ads, provide a hyper-individualized consumer shopping experience. But many are concerned about their privacy and the ethics of this data collection. Will companies continue to generate information based on data, or are  new security policies about this issue likely?

Chang: I do not think there will be new security policies regarding privacy or customer data in the United States. Although the European Union (EU) has promulgated the General Data Protection Regulation (GDPR) governing individual data protection and security, I would be surprised if the United States passed something similar in the near future. This doesn’t mean we don’t need something like GDPR-types of protections in the United States—it means that despite the need, I can’t see it happening.

First, where is the public outrage? There hasn’t been much public outcry for this. Yes, there have been abuses/breaches (like Facebook and Cambridge Analytica, among other companies) and certain public voices demanding change, but there hasn’t been consistent public pressure on government officials to address this. A national privacy and security policy is unlikely too, mainly because of our legislative process. It is slow, cumbersome, and influenced by powerful lobbies like the tech sector. We do not have a national agency in charge of this industry, so in turn we have a patchwork of state and local laws that provide some protections, but there is no uniform set of laws nationwide and I don’t think there will be any time soon.

However, because US tech companies do business in the EU, it could be that in order to comply with the GDPR requirements, US-based tech companies will change their internal security policies for handling data. This practice could have a spillover effect on how they protect our data in the United States.

Otherwise, there are no compelling incentives, economic or otherwise, for tech companies to change their ways.