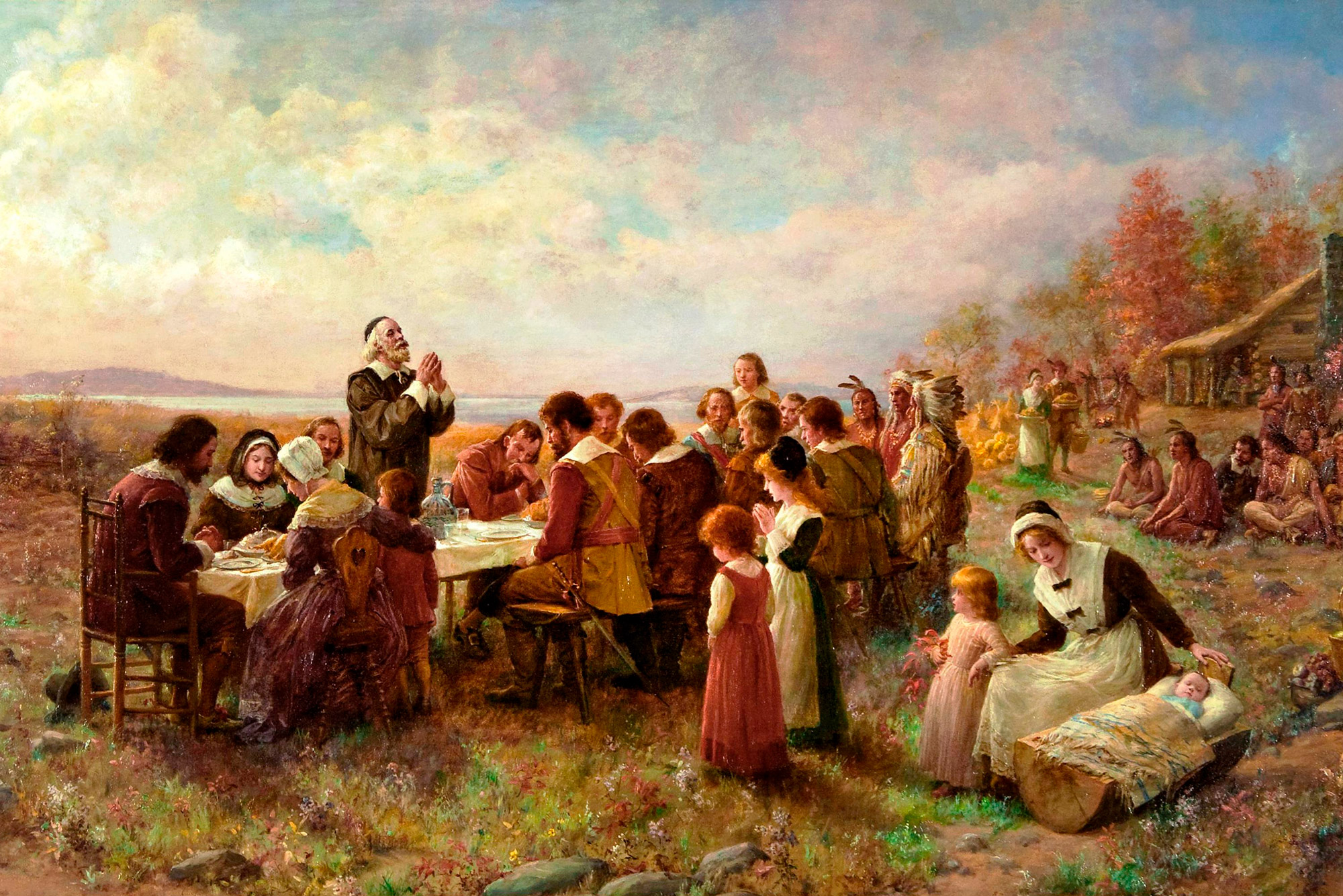 What That Turkey Is All About

The answers to the origins of the Thanksgiving menu, the evils of deviation, and why we eat so much food

National lore has it that the first Thanksgiving was in 1621, when Plymouth colonists and the Wampanoag Indians shared a harvest feast. Several American presidents had called for days of thanks, but it was President Abraham Lincoln who made Thanksgiving a national holiday, in 1863, during the height of the Civil War.

No one truly knows what was served at that first Thanksgiving dinner, but most Americans are familiar with what fills the plate today. Turkey, stuffing, mashed potatoes, cranberry sauce, and pumpkin pie are staples on nearly everyone’s menu—which begs the question: why?

BU Today talked with Merry “Corky” White, a College of Arts & Sciences professor of anthropology and author of Coffee Life in Japan and Cooking for Crowds, to talk about the origins of the Thanksgiving menu, the evils of deviation, and why we eat so much food.

White: Abraham Lincoln needed to unify the country during the Civil War. He needed a healing holiday to bring us all together. To do that he had to reach back pretty far in American history to a moment of some kind of establishing ourselves. Of course, for the Pilgrims, it wasn’t about establishing ourselves. It was about survival. Those people had made it through, but so many had died, so many had suffered, and they were really thinking about how they were going to survive here.

Do we have any idea what was on the menu that first Thanksgiving in 1621?

The Colombian exchange in 1492 hadn’t fully taken hold, when foods from the Old World and the New World crossed. Potatoes, corn, and squashes are New World foods. Things like pigs and domesticated animals come from the Old World. The foods the Indians would have eaten had to have been indigenous New World foods. One assumes fish and squashes. There probably was maize ground into flour to make bread. They hadn’t had time to start growing wheat. That’s definitely an Old World item. Only elites had sugar and there was none here. They might have had fructose-containing vegetables, like squashes, but sugar at that time was an elite commodity in the Old World. The idea of a dessert? It didn’t figure. There was no conceptual place on the menu for ordinary people for something called dessert.

Why did Americans gravitate toward what are now Thanksgiving staples, like turkey, sweet potatoes, and pumpkin pie?

It’s an interesting holiday because it’s a festival. Yet, unlike some festivals, you don’t turn the world upside down. You reinforce something rather than upsetting it. Carnival, like New Orleans’ Mardi Gras, is the lord of misrule. Everything is turned on its head. All the rules are out, they’re broken on purpose. Thanksgiving is different. It’s reinforcing what is normal and ordinary. What we as a family or an ethnic group or as Americans eat gets framed.

Those orthodoxies were established as much in women’s magazines from the ’40s and ’50s as anywhere. You know the sweet potatoes with the marshmallows on them? These dishes took on mythic proportions, and yet people read those magazines to learn something. They were a kind of educational assistant. You learned what was right to do, and that encouraged some variations. How to make it yours was really quite important. That was also the era when it was modern to use processed ingredients and things out of cans, like Ocean Spray cranberry sauce. You take it out of the can and those rings had to be there.

Are holiday cooks veering from canned and frozen foods toward more homemade items?

There was an era in which canned or frozen things were really important to use to show you were American and modern. I think we’re back to doing almost everything from scratch. Sometimes that gets ridiculous. In New York, I have friends who source their whole meal. Basically what they do is urban foraging. They’re getting fancy foods from different parts that are all on somebody’s fantasy list of the very best places for things. I love that concept of the high-end urban forager going to the fanciest stores to get elements of the meal. There’s a sort of fetishism in that.

Deviating from the normal Thanksgiving menu is a big cultural faux pas. I understand you have some experience in that area.

I remember my mother-in-law making lamb shish kabob for Thanksgiving. Everybody was very polite. It was very good. She said, ‘I just can’t bear making a turkey.’ And we all thought something was missing. For a whole year, we were in mourning for the turkey. It was sad because she was trying very hard, but she was just fed up.

Even in Cambridge, where you would think orthodoxies would be constantly subverted, you couldn’t mess with it. I was a professional cook for years, and had my own catering company. One day I was serving 50 people and I needed 10 turkeys, and I boned every one of them. That year I did it for the family Thanksgiving. It didn’t look right. I left the drumsticks on, but the rest of it sort of looked like a giant sausage with two drumsticks attached. Whoever was carving that year was so grateful. It reduces the male performance anxiety considerably not to have bones in your turkey. It was a success in a way, but everybody was still kind of like, ‘It doesn’t look right.’

What’s better in your opinion, the actual meal or the leftovers?

They’re both good, but there’s something so comforting about a turkey sandwich with dressing and cranberry sauce. That’s the best sandwich in the world. I’ve been to people’s houses where they make a Tofurky. It’s all right. Or a turducken. Ridiculous.

Why do you think we’re compelled to eat until we’re ill?

Overeating is a very scarce thing in almost every culture. You overeat, although physically gross and uncomfortable, just because you can. I really like doing Thanksgiving at the end of the day, because I’m about to fall asleep. I don’t want to wake up at dawn and put the turkey in the oven. I want to have a leisurely day, but you’re supposed to do it in the middle of the day, the guys are supposed to watch the game, and the rest of you hang out in the kitchen. That’s part of it. The social surround of Thanksgiving has all these other elements in it that make you American.

What That Turkey Is All About

There are 4 comments on What That Turkey Is All About