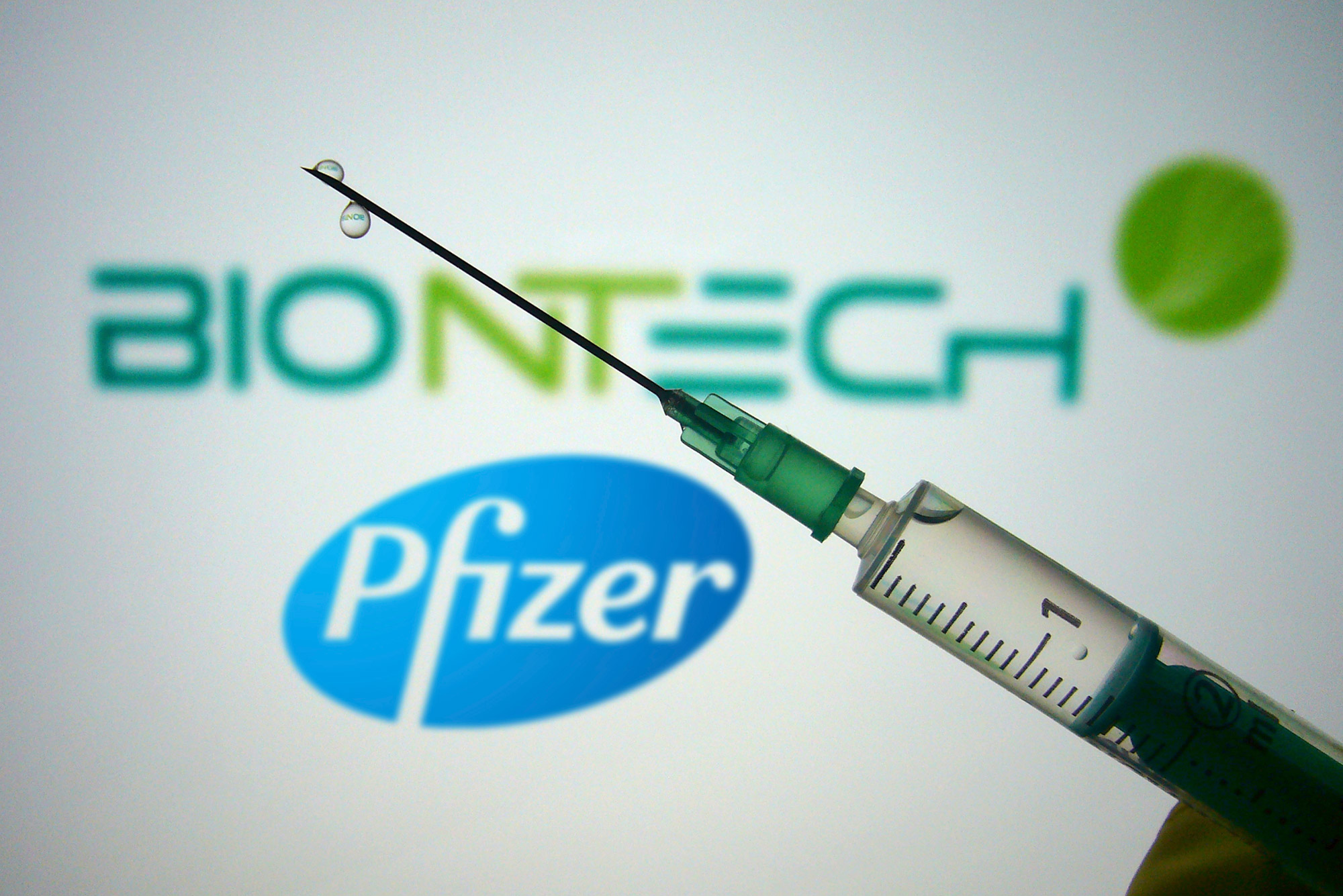 Despite Pfizer’s announcement that its coronavirus vaccine has initially achieved 90 percent efficacy in protecting against COVID-19 infection, its trial is not yet completed and scientific data was not released alongside their announcement. Photo by FrankHoemann/AP Images

As the coronavirus pandemic rages on, with the United States recently reaching a peak of more than 120,000 new cases in a single day, a glimmer of hope appeared on the horizon this week. Pfizer announced that early data from its coronavirus vaccine clinical trial shows that the vaccine is at least 90 percent effective in protecting against COVID-19 infections.

But while that certainly places Pfizer squarely in the lead amidst the race to develop COVID-19 vaccines, its trial is not yet completed and the scientific data was not released alongside the announcement about its vaccine’s projected efficacy.

With John Connor and Florian Douam

The Brink: What were your thoughts upon hearing the news that Pfizer’s vaccine preliminarily looks to be 90 percent effective?

Douam: I think it is definitely a good news, but I would not declare victory yet. The announcement was made on the news, and we have yet to see the actual data in scientific journals. Especially, I would want to see how racially/ethnically/socially diverse is the vaccinated population that shows [the vaccine has] 90 percent effective protection. Additionally, we have to be aware that 90 percent figure could still change, as the trial is not over.

So, I am optimistic but I still remain cautious. Another point is that although 90 percent is definitely a great start to bend the pandemic, we will need to refine this vaccine over time to increase effectiveness, ideally up to 95 percent. For a pandemic of this scale, where hundreds of millions will have to be vaccinated, leaving 10 percent of people unprotected is a lot.

Is it responsible for Pfizer to come out with this finding before the trial is finished and their data have been peer reviewed?

Connor: I am constantly uncomfortable with the direct-to-press reporting of results, especially with the small amount of information that is released. I understand that these are unprecedented times and everyone is very interested in the development and approval of a vaccine that protects against COVID-19. I would like to see that if they are going to release top-line numbers like this that they release all of the data.

Douam: It is a bit premature in my opinion, but I also understand the need for the country to hear that things are moving toward the right direction. So, I can also understand why they made the announcement. There is also a big vaccine race ongoing, especially with Moderna, so their announcement is also a signal to the other biopharma [companies developing vaccines] that Pfizer is taking the lead.

By the end of the year, Pfizer expects to make enough doses to vaccinate 15 million to 20 million people. What impact could this have on the spread of coronavirus here in the United States?

Connor: I can’t tell whether Pfizer expects to have these made (e.g., sitting in a freezer at Pfizer) or made, delivered, and administered. Regardless, having any progress on a vaccine and its initial rollout will be great. I do not think that it will mean that the disease stops circulating in the United States immediately, but it could be an important start in protecting our most vulnerable populations from this disease.

Douam: It really depends where the vaccination campaign will be conducted, and which population(s) will be targeted. If the targeted populations are low-risk populations, like persons who have been very careful since the beginning of the pandemic in maintaining distancing and wearing masks, then vaccinating 15 million of those people will not have a significant impact. However, if we aim to target areas and populations that, by their behavior, facilitate spread of [COVID-19], then this can have a more dramatic impact.

My concern, however, is that there is still a lot of vaccine hesitancy out there, and it seems that the people who do not practice physical distancing and do not wear masks are also the most likely to reject vaccination, unfortunately. Therefore, I really think that these first set of doses could have the most impact if they were distributed to very specific workers that are on the front line of this pandemic, that is: the healthcare workers, child care workers, elderly care workers, and social workers.

Does the good news about the Pfizer vaccine bode well for other similar vaccines in development?

Connor: I think so, but we are in uncharted territory on much of this vaccine development.

Douam: Yes, definitely, but we have to wait to see what will be the definitive effectiveness of this vaccine, and how the effectiveness of other vaccines will compare. If the Moderna vaccine (or other vaccines) have an effectiveness of 95 percent, this is huge, as 5 percent can represent several million people. I am curious to see how other biotech/pharma [companies] are going to react to the Pfizer announcement. Are they also going to communicate their non-definitive percentages of [vaccine] effectiveness as fast as they can? Or are they going to wait a bit longer to provide the public with a definitive/final percentage of effectiveness, [which could be] as good or even better than [Pfizer’s] 90 percent?

We also have to keep in mind, as I mentioned before, that this is just version 1.0 of a vaccine, and we still don’t know how protective it is over months and years—and we will not know that before months and years have passed—which is why I think that the vaccine is going to be a constant work in progress over the next few years. I would not be surprised if we were to be given vaccine shots on a yearly basis with a new version of the vaccine every year. [This would] avoid taking the chance of the overall immunization going down, because this virus is going to stick around no matter what.

Will the vaccine’s design—needing two doses, requiring cold storage—hamper its ability to be quickly and broadly distributed?

Connor: Indeed it will.

Douam: This is why I was talking [about this being] vaccine version 1.0. Right now, we need something quick and that works. We would take anything that works. But the vaccine race will not stop after that, as there are still challenges associated with these [initial] vaccines. The first one is the percentage of effectiveness that I was talking about before. The second is the vaccine’s stability and transportation; mRNA vaccines [like Pfizer’s] are easy to make and [can provoke a good immune response], but they are less stable than other vaccines. They require dry ice for transportation, which would suggest that we might face a shortage of dry ice soon. If a company can make something as easy to produce, but easier to transport, the Pfizer vaccine will become obsolete.

The third [factor here] is the [Pfizer vaccine’s] booster requirement. It is complicated enough to vaccinate enough people once, so [having to vaccinate everyone] two times makes it harder. Getting rid of a booster shot is, to me, the most pressing thing that will need to be fixed by the next versions of the vaccine.

There is 1 comment on What Does Pfizer’s Vaccine News Mean for the Coronavirus Pandemic?

What Does Pfizer’s Vaccine News Mean for the Coronavirus Pandemic?
1
share this