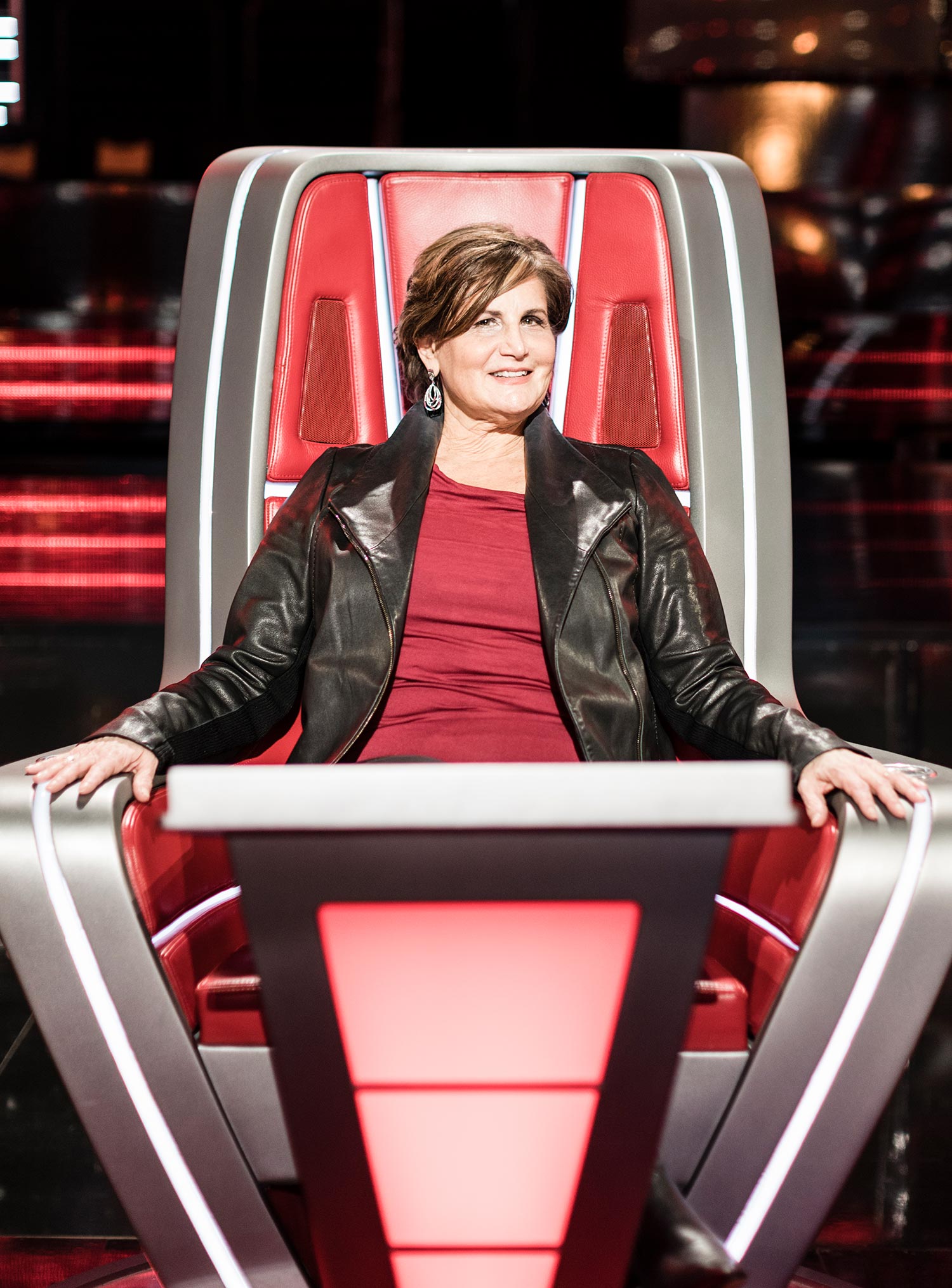 The bachelor had run off.

Literally jumped the fence. On season 23 of ABC’s hit reality show The Bachelor, millions watched as Colton Underwood stormed off set, hauling himself over a seven-foot-high gate and disappearing into the night.

“For 45 minutes in the darkness of Portugal they could not find him,” says Brooke Karzen, one of the executives who helped develop the show. “You can imagine the calls that were coming back to the US. The producers who were there on the ground were pulling their hair out.”

Like most successful reality TV shows, The Bachelor follows a formula: real life within prescribed boundaries. Over 12 weeks, 30 single women compete to win the heart of one eligible guy. Through a series of dates and challenges, the competing bachelorettes fall by the wayside until one remains—and, viewers hope, is presented with a sparkling engagement ring.

Except Underwood busted the formula.

When his favorite bachelorette didn’t reciprocate his feelings, he decided to quit—leaving the production with no star.

“Instead of just letting that happen behind the scenes, they turned cameras onto it and followed it; they broke the fourth wall,” says Karzen (CFA’84), a 2019 CFA Distinguished Alumni Award winner. Panicked crew members shouted “Colton” into the night; cameras scanned dark roadside verges. “It was unplanned, it was spontaneous, and it threw everyone into a tizzy—and that’s exciting for the fans.”

Karzen is an unscripted television trailblazer and a small screen powerhouse. As executive vice president and head of Warner Horizon Unscripted Television, she leads a team producing hit shows like The Voice, Little Big Shots, Ellen’s Game of Games, and Ellen’s Greatest Night of Giveaways, as well as The Bachelor franchise.

Reality shows, “especially ones that have been around for a long time, sometimes feel too packaged, too predictable,” she says. “But when you really tell the truth—and show the truth in a raw, real way—it speaks to our audience.” The Bachelor, which premiered in 2002, has been refreshed, Karzen says, by the producers’ increasing willingness to start “coloring outside of the lines” of the show’s tried-and-true format.

As streaming and on-demand services put the squeeze on networks and shift viewing habits, the pressure is on Karzen and her team to find new hits and innovate with existing ones. One of the newest ideas involves a return to her roots as a stage actor: The Bachelor Live on Stage has brought the show on the road and into theaters.

Side Hustle to Success

At 22 and fresh out of CFA’s theater program, Karzen wanted to be on the stage. She loved the communal energy of acting and headed to the city that seemed to her to offer the best shot of turning it into a career—not New York, not Los Angeles, but Chicago. “You could work there,” she says. “There’s so much theater, so much comedy and improv, which I was best at.” But, like many debuting actors, Karzen found treading the boards wasn’t paying the bills. She needed some side hustles.

One was screening calls for a Sunday night talk radio show with a therapist, called Getting Personal.

“The structure of that was very satisfying to me,” she says, “but also screening those calls, hearing people’s stories, developing the rundown of what order the doctor should talk to people on the air—it was live, it was immediate—that’s when I realized I really wanted to be in broadcasting.”

She moved to New York, “not to further my acting career, but to start my career in television.”

Today, Karzen is one of the industry’s leading executives—the Hollywood Reporter has named her to its 50 Most Powerful list for reality TV—but she had to start at the bottom.

In 1989, a friend helped her land a production assistant job working on HBO’s televised fundraiser, Comic Relief III, hosted by Billy Crystal, Whoopi Goldberg, and Robin Williams. Karzen set up crew meals, grabbed wonton soup for Goldberg, bought throat lozenges for Crystal. She was paid $60 a day. “Robin Williams didn’t need anything, by the way; he was self-sufficient.”

Karzen had her foot in the door. After that, the same people kept hiring her and the work kept coming. She edged her way up the ladder and spent time producing and selling shows for CBS, Eyemark Entertainment, Dick Clark Productions, and Disney’s Buena Vista Television. In 2000, she moved to Telepictures—a Warner Bros. company—as a vice president for programming and eventually joined the team concepting a new kind of dating show.

The Origins of a Juggernaut

Karzen says she knew pretty quickly that The Bachelor could be special. As filming for the first season progressed, staff and crew started pulling longer shifts, hanging around to watch the story unfold.

“When you see everyone—staff, crew, executives at the network—leaning in and being so engrossed in the story, you’re like, ‘Wow, something’s happening here,’” she says. “It was totally new and inventive. No one had ever done anything like it before: it was big, loud, risky, controversial.”

The first season’s finale grabbed more than 18 million viewers, and average season viewing figures have hovered close to the 10 million mark ever since. It’s also spawned a handful of successful spin-offs, including the popular The Bachelorette. Since then, Karzen has helped bring shows like singing competition The Voice—which now hauls in more viewers than rival talent show American Idol—and Ellen’s Game of Games into American homes.

I think the skills I learned at BU carried me throughout my career. You never say ‘no’ in improv—you always say ‘yes.’

“I think the skills I learned at BU carried me throughout my career,” she says. CFA’s acting program taught her to be open to others—“You cannot bring someone else’s truth to life if you have walls and you’re not vulnerable to their experience”—and her work in improvisation classes, helping to keep a scene moving, helped make her especially receptive to new ideas. “You never say ‘no’ in improv—you always say ‘yes.’ When someone talks to you about an idea you’ve heard 100 times before, you don’t say ‘no’; you ask, ‘And then what happens? What would you do? How would you tell the story?’ You don’t just shut things down. That’s key to any good improv and listening is a big part of improvisation that I carry with me.”

The Rise of Streaming

Since just before the turn of the century, starting with The Real World and then followed by shows like The Bachelor, Big Brother, and Survivor, unscripted television has had lengthy success. But it’s getting tougher to make a hit. Scripted TV has had a renaissance, and as Variety has reported, “reality TV has become a mature business, which means the shows are more expensive, profit margins have been squeezed, and ratings are down.” A poll of leading reality TV producers found more were struggling to successfully pitch new shows to networks.

Although the networks have been unscripted TV’s core customers for years, Karzen says the rise of streaming services—Netflix has been getting in on the reality action with shows like the Queer Eye reboot—provides a chance to be more daring and try new things. For her team, being able to pitch beyond the traditional players—and the mainstream audiences they target—has already brought new creative freedom, including a foray into documentaries.

“I did not have the ability to do that before—it wasn’t viewed as profitable. But it is viewed as creative, and you can really tell stories that you’re passionate about.”

Karzen’s first documentary project is Equal, a four-part series on the LGBTQIA+ rights movement for HBO.

“The reason I love my job is there’s so much variety to it,” says Karzen. “I’m not just having to be the gatekeeper for a network and their brand. We produce shows for everyone, everywhere. This is about opportunity—the opportunity to tell stories that are meaningful, moving, and entertaining.”

Even if they’re not on TV. In February 2020, The Bachelor took to the road with a nationwide live stage show. (Although the tour was postponed due to COVID-19, the team says it will return to stages when the crisis passes.) Each show, presented by former stars of the TV program, is a Bachelor season in microcosm: hometown bachelorettes competing onstage to win a bachelor’s heart.

“I’ve never lost my love for the theater,” says Karzen, who compares the heightened emotions and melodrama of The Bachelor to a musical. “What excites me is coming back to where I started, getting to do something for a theater audience.”