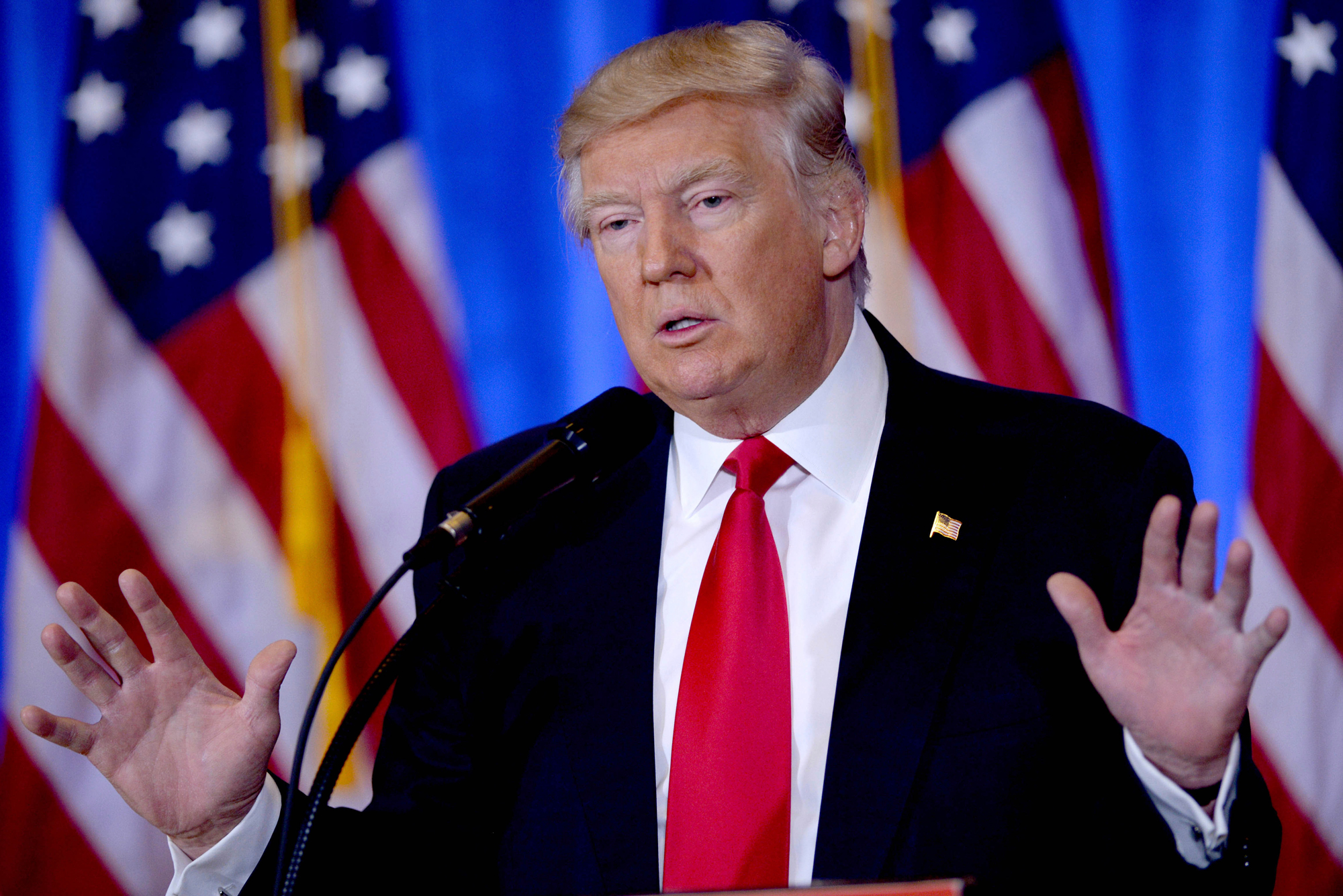 A New York Times report this week reveals that President Trump paid zero dollars in federal income taxes for 11 of the 18 years the newspaper examined. Photo by Dennis Van Tine/AP

“The question of ethics and morality typically arises when we talk about tax policy,” says LAW’s Christina Rice

Every US president since Richard Nixon in the early 1970s voluntarily released at least some tax returns. So, when President Trump refused to release his returns as both a candidate in 2016 and since taking office in 2017, it became the elusive whale of a scoop for the news media. On Sunday, the New York Times got it—publishing an exhaustive investigation of Trump’s tax return data over a period of two decades.

The revelations were many, perhaps the biggest being, as the Times writes, that “Mr. Trump paid no federal income taxes in 11 of 18 years that the Times examined. In 2017, after he became president, his tax bill was only $750.” And that he reduced his tax bill with a $72.9 million tax refund. (At Tuesday night’s presidential debate with Joe Biden, Trump, when asked if he paid $750 in federal income taxes, said, “I’ve paid millions of dollars in taxes, millions of dollars of income tax.”)

Christina Rice (LAW’07,’13), a School of Law lecturer and director of LAW’s Graduate Tax Program, answered three questions from BU Today about the Times story on Trump’s taxes and how the details about his tax returns could be used in classrooms to help students better understand the intricacies of tax law.

BU Today: How might you use the New York Times story on President Trump’s taxes in class discussions with students?

Christina Rice: I encourage my students to put aside the politics and just focus on the facts to understand what is happening from a tax law perspective. One of the topics I teach is income tax accounting, where we specifically focus on ways the tax laws allow taxpayers to defer their income tax liability. In plain terms, how do you pay less tax today even if it means you will pay more tax in the future? Real estate investors, like Trump, have a lot of opportunities under the law to accelerate deductions, like depreciation, and defer recognizing income until a property is sold or even later through the use of like-kind exchanges or the new Opportunity Zone laws.

It’s common to see landlords with low or no tax liability because depreciation on the building exceeds the rental income in any given year. It’s far less common to see individuals with significant income from other sources, such as Trump’s television and licensing businesses, with no income tax liability just by using tax deferral strategies. That requires actual losses. In my class, we also talk about how tax losses can be carried forward or back to offset future or previous taxable income, which is another topic covered heavily in the New York Times article.

“I encourage my students to put aside the politics and just focus on the facts to understand what is happening from a tax law perspective.”

Much of the debate and discussion following publication of the Times story has focused on whether any tax laws were actually broken, or whether Trump merely used the tax laws to his advantage. How do those questions get discussed in classes on tax laws—laws versus ethics?

One of the key issues I’ve heard discussed is whether this is an example of tax avoidance (legal) or tax evasion (not legal). Taxpayers are free to reduce their taxes using any means permitted under the tax laws, even if that means paying no taxes. Lots of very talented tax lawyers make a living by finding new and creative ways to legally reduce tax liability for their clients.

In a law school classroom, the question of ethics and morality typically arises when we talk about tax policy. Why are these laws written this way and do they achieve the desired outcome? Do we think that taxpayers earning hundreds of millions from one business should be able to reduce their tax bill to zero by using losses from a completely separate second or third business to offset the income from the first? In one of the few years that Trump did pay tax, it was due to the alternative minimum tax, or “AMT,” which was designed to prevent very wealthy people from using business losses to fully eliminate tax liability.

We saw this last year in debates over Amazon’s 2018 federal tax expense. People were outraged that such a profitable company could seemingly pay no federal income tax in a year where the financial statement earnings exceeded $11 billion, even though there was no indication that Amazon had violated the tax laws in doing so. Some political candidates started calling for taxes to be imposed on a company’s earnings reported on their financial statements instead, completely breaking from tax law. For what it’s worth, Amazon reported $162 million in current federal tax expense for 2019 and their effective tax rate is about 17 percent.

Of all the things you read in the New York Times coverage, what was the one point that jarred you the most, or perhaps surprised you?

I was very pleasantly surprised by the level of detail in the NYT article. I have a lot of respect for the reporters at the Times, but I am inherently skeptical of how the media as a whole reports on tax issues, because they often get it wrong. Tax law is complicated and even the most skilled journalists don’t typically have the background to fully understand what’s really going on.

For example, when I started reading the Times article I assumed they wouldn’t discuss how much of the “losses” in Trump’s returns actually related to depreciation, which isn’t really a “loss” when you consider that the property being depreciated is probably not losing value in an economic sense. So, I was shocked when they devoted several paragraphs to explaining depreciation, and even quantified a total $150.3 million loss “from 2010 through 2018, without including depreciation as an expense.” That’s important because it moves the story from something that can be explained by “good tax planning” to a conversation about genuine economic loss. The length of the article probably prevented many people from reading to the end, but those extra details are critical to understanding the whole picture.