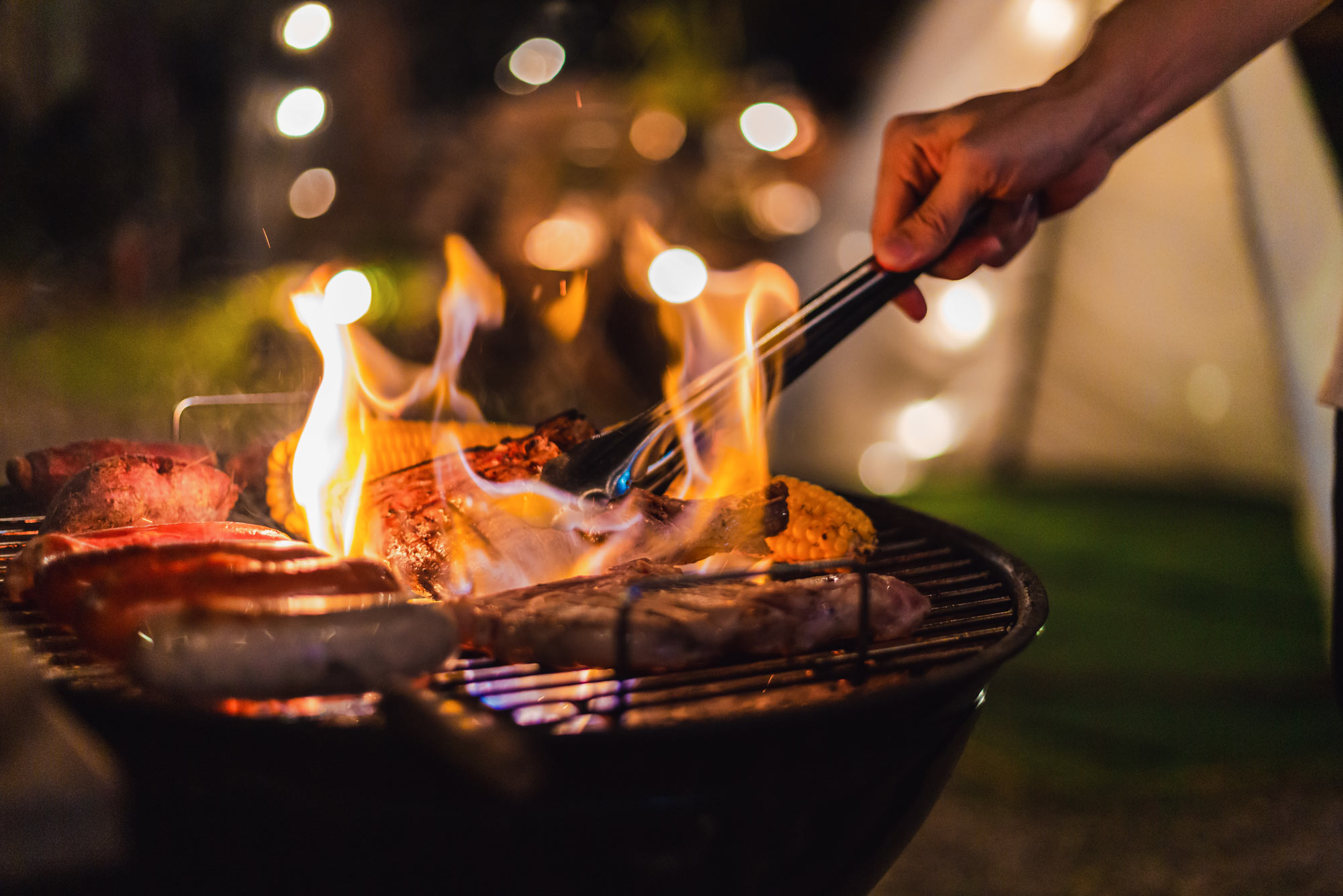 Nix the standard grill fare and get creative with a cowboy hot dog (caramelized onions, bacon, and barbecue sauce) or a feta-stuffed lamb burger. Photo by Peera_Sathawirawong/iStock

While the Fourth of July weekend festivities may look quite a bit different this year, there are still plenty of things to watch and listen to so you can have a fun and festive time this weekend. From a new Netflix special from comedian George Lopez to the wide selection of classic movies accessible via BU, here are some ways to brighten up your weekend.

You can still keep up the low-key Fourth of July tradition of hot dogs and hamburgers on the grill. Nix the standard preparations and get creative with a cowboy hot dog (caramelized onions, bacon, and barbecue sauce) or a feta-stuffed lamb burger. If you’re looking for some inspiration, check out these recipes for more unique hot dogs and hamburgers you can try this weekend.

How to Watch the Fireworks

For Bostonians, the Boston Pops Fireworks Spectacular on the Charles River Esplanade is the place to be on the Fourth of July. While the live concert has been canceled this year, the Boston Pops will be broadcasting A Boston Pops Salute to Our Heroes to honor the COVID-19 frontline workers and those who have died during the pandemic. The show will air on Bloomberg Television, Bloomberg Radio, and Boston’s WHDH-TV, on Saturday, July 4, starting at 8 pm.

NBC and PBS are both putting on their own shows for the nation. NBC’s Macy’s Fourth of July Fireworks will feature artists like John Legend and the Black Eyed Peas, and PBS will broadcast A Capitol Fourth from Washington, D.C., with musical guests Patti LaBelle and John Fogerty. Both shows are on Saturday, July 4; check the websites for times and how to stream.

There is no shortage of streaming services for people to find their favorite shows and movies. If you are a BU student, however, you have access to a niche streaming service filled with hard-to-find content, for free. By accessing Kanopy through the BU library (BU email required), students can watch a wide selection of classic films, from Charlie Chaplin’s Modern Times to Akira Kurosawa’s Seven Samurai. If you are looking to delve into classic cinema and watch some movies you’ve always heard about, but couldn’t find, this is the streaming service for you.

We’ll Do It for Half

Famed comedian George Lopez brings his brand of comedy to Netflix this week with his first special on the platform. With jokes ranging from his upbringing to Latino culture to going to the doctor, watching this special is sure to feel like a throwback to simpler times for those who grew up watching the George Lopez show on Nick at Nite.

This week, rapper, fashion designer, and world-class provocateur Kanye West released a new song, “Wash Us in the Blood.” Continuing with the Christian themes found in his last album, this new track sees the artist meld social commentary with religious ideas, while staying away from any explicit content. The single is from West’s upcoming album, God’s Country, but with the artist’s legendary disregard for release dates, there is no telling when the album will be ready. If you’re a West fan, you can take pleasure in the fact that he’s released anything at all.