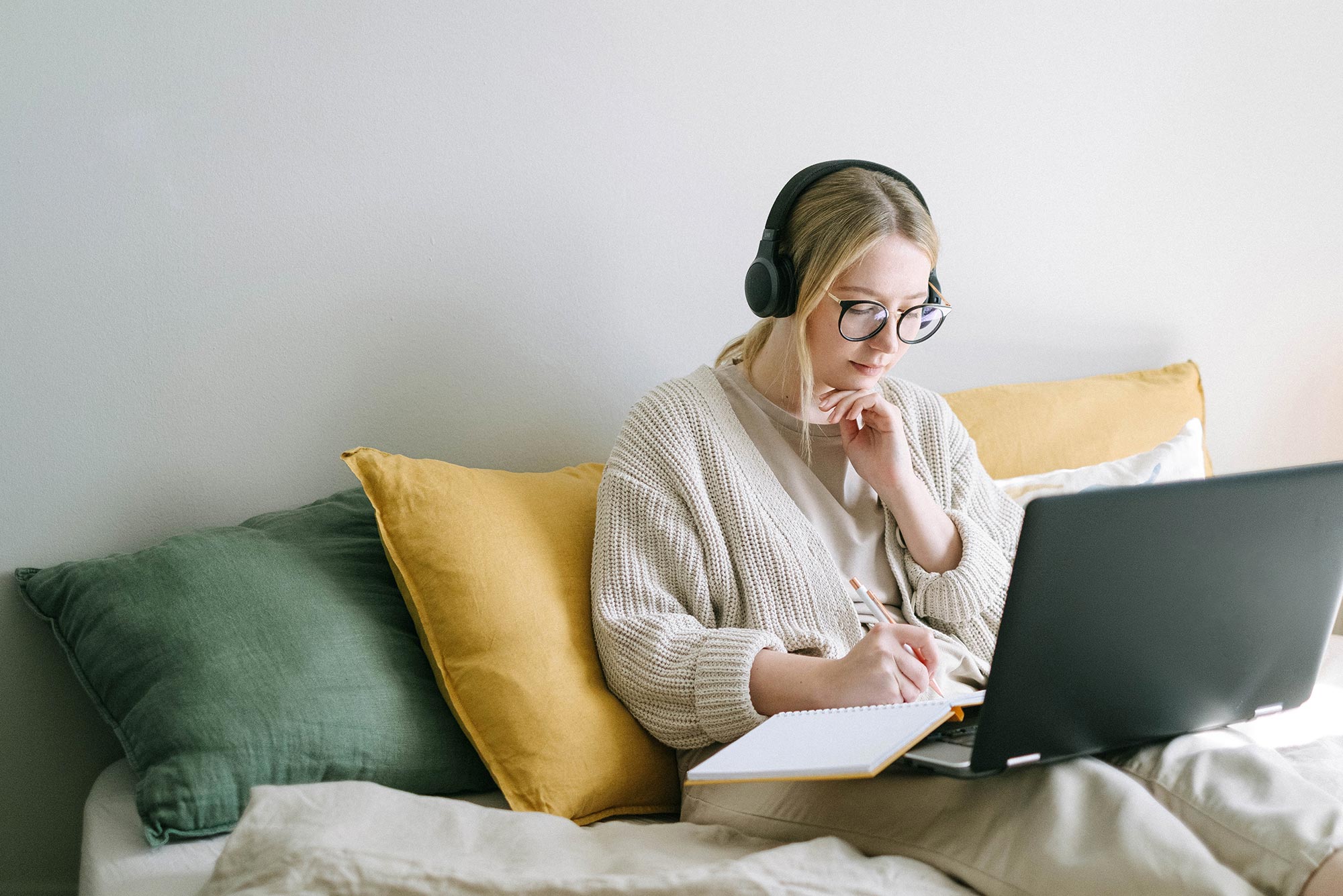 Freelance work is becoming the new normal in fields such as journalism, advertising, public relations, design, and photography—a trend accelerated by the coronavirus pandemic. Photo by Ivan Samkov/Pexels

“It’s been the gig economy for a while now, but this is new territory,” says Jay Atkinson, a College of Communication lecturer in journalism, who teaches a new COM course on freelancing.

Many journalists have had to freelance as traditional mass media payrolls have shrunk drastically over the past decade or more. And software engineers and others serving internet start-ups are used to hopping from project to project. But freelance work is also becoming the new normal in fields such as advertising, public relations, design, and photography—a trend accelerated by the coronavirus pandemic.

“Those used to collecting a paycheck have to learn the ropes on how to sell their skills to various outlets,” says Atkinson.

For a long time, journalists typically freelanced at the beginning of their careers—the old “get your foot in the door” approach—or later, when subject area expertise or a distinctive voice gave them marketability. Atkinson, a longtime freelancer who joined the COM faculty in 2008, has written for the New York Times, Men’s Health, the Boston Globe, and many others while publishing two novels, a story collection, and five narrative nonfiction books, including Massacre on the Merrimack: Hannah Duston’s Captivity and Revenge in Colonial America (Lyons Press, 2015).

He was a logical choice to teach the COM course Freelancing, which was offered for the first time in spring and summer 2020 and will be offered again next spring. He teaches traditional journalism skills, such as developing sources and interviewing, but also pitching editors, managing social media promotion, and keeping track of expenses for tax purposes. “It’s: how do I come up with a winning concept? And how do I come up with a concept that I might be able to sell more than once? How do I write a query that’s short enough and catchy enough to get the attention of an editor who gets 50 or 100 queries a day?” he says.

It seems to have worked, as he made pitching stories to real editors part of the class. “We’re on track to sell a bunch of stories out of that class,” Atkinson says, although the way COVID-19 scattered students in March disrupted things.

Shubhankar Arun (COM’20) majored in journalism and hopes to make it as a sports journalist. He took Atkinson’s class in the spring because he felt that journalism was increasingly moving toward freelancing, and he wanted to understand the business side of the industry. For class, he pitched and wrote a story about bars in Boston that open early to broadcast Premier League soccer matches from England. He sold it to an award-winning soccer blog, Football Paradise, and they signed him up as a regular contributor—short money, but a good omen for someone ending their undergraduate years.

“I learned how to draft pitch emails and how to understand what type of pitches magazines and publications accept,” Arun says. “Freelancing is the future, especially in these times. I think every journalist is a brand. The freedom is empowering, but getting an article published is often as hard as writing it. It is nerve-wracking, but also incredibly exciting.”

In addition to his new course, Atkinson also moderated a Zoom discussion on freelancing in May that was intended to widen the conversation to other COM fields, with panelists Pegeen Ryan, a COM associate professor of the practice of advertising, Mary-Jane Doherty, a COM associate professor of film, and Greg Marinovich, a COM master lecturer in journalism. Some 250-plus people logged in, making it the most well-attended of any of the virtual COMtalks the college hosted this spring. The audience ranged from recent COM grads looking for tips on pitching editors to a 25-year TV industry veteran “who just wants to learn more about how to take all his experiences and turn it into stories that he can sell,” Atkinson says.

Atkinson and Marinovich are teaching many of the same topics this fall in the workshop Succeed as a Freelancer, for COM Beyond, the online continuing education program, with three group sessions and two one-on-one meetings. The need to teach freelancing is, well, a story that sells itself.

“Our graduates knew about the gig economy before it was a thing,” says Mariette DiChristina (COM’86), dean of COM, the former editor in chief of Scientific American. “I’ve watched this shift continue to grow through my career as a journalist. I think when Jay did that panel, it was widely and well received, because we will need to have these skills. It doesn’t really matter if you are currently working in a full-time role somewhere that looks permanent. It may not be, and more importantly, you may or may not want it to be. So many COM folks have jumped out of jobs like that, looking to make their own new creative, fresh opportunities.”

COM students and all freelancers need to be forward-thinking, creative, persistent, resilient, organized, and attuned to the needs of clients, bosses, and audiences alike, DiChristina says. And while Atkinson’s classes have focused on narrative nonfiction writers, the practical challenges of freelancing cross disciplines. Talk to a screenwriter, a marketer, and a photographer, all alums, and the same topics keep coming up.

Hustle. Sell yourself. Shake off rejection. Price yourself fairly. Send those invoices. And save those receipts.

“A lot of younger aspiring writers don’t know how to accept rejection. They don’t know how to find new and exciting ways to break into the business,” says Brandon Easton (COM’01), who has used his MFA in screenwriting to land Hollywood jobs ranging from the second season of ABC’s Marvel’s Agent Carter to the Star Trek: Year Five graphic novel series. “Be a self-starter. Do it yourself. Have something to sell, have something to show. Be flexible. So many people come out here and they’ve got one thing, they’re one-dimensional. You gotta be like 5-dimensional or 12-dimensional!”

“One thing I struggled with the most, because no one talks about it, is payment structure. How do you even structure fees?” Kimbarovsky says. “I based it off what I was getting for internships until I had a friend tell me, ‘You’re undervaluing yourself.’ Especially when you’re young, and especially when you’re female, you are undervalued and underpriced, and people will try to take advantage of you. And it’s happened. I’ve had people keep pushing for more and more [work], even though we had an agreement, and learning how to say no was challenging.”

“It took me a while to figure out I should have a separate bank account for my business, because when you don’t make a lot, there’s no money to put in a separate bank account,” says Kelly Davidson (COM’00), a photographer who has been working for herself since leaving a design job at the Boston Phoenix in 2005. “It took me a while to take the leap of making it a business. In like 2009 or ’10, I became an LLC, realizing, this is my career and I should treat it like that. And I finally hired somebody to do my taxes.”

All of them had to find their own way to success, but they support the idea that those coming after them will get a little freelance instruction from COM. In today’s world, it’s basic.

“When you join the Navy, they teach you how to swim,” Atkinson says. “If you can’t swim, you’re not going to be successful in the Navy. So, in the gig economy that’s now a generation old, we have to teach kids how to freelance.”

Teaching How to Navigate the Gig Economy
1
share this