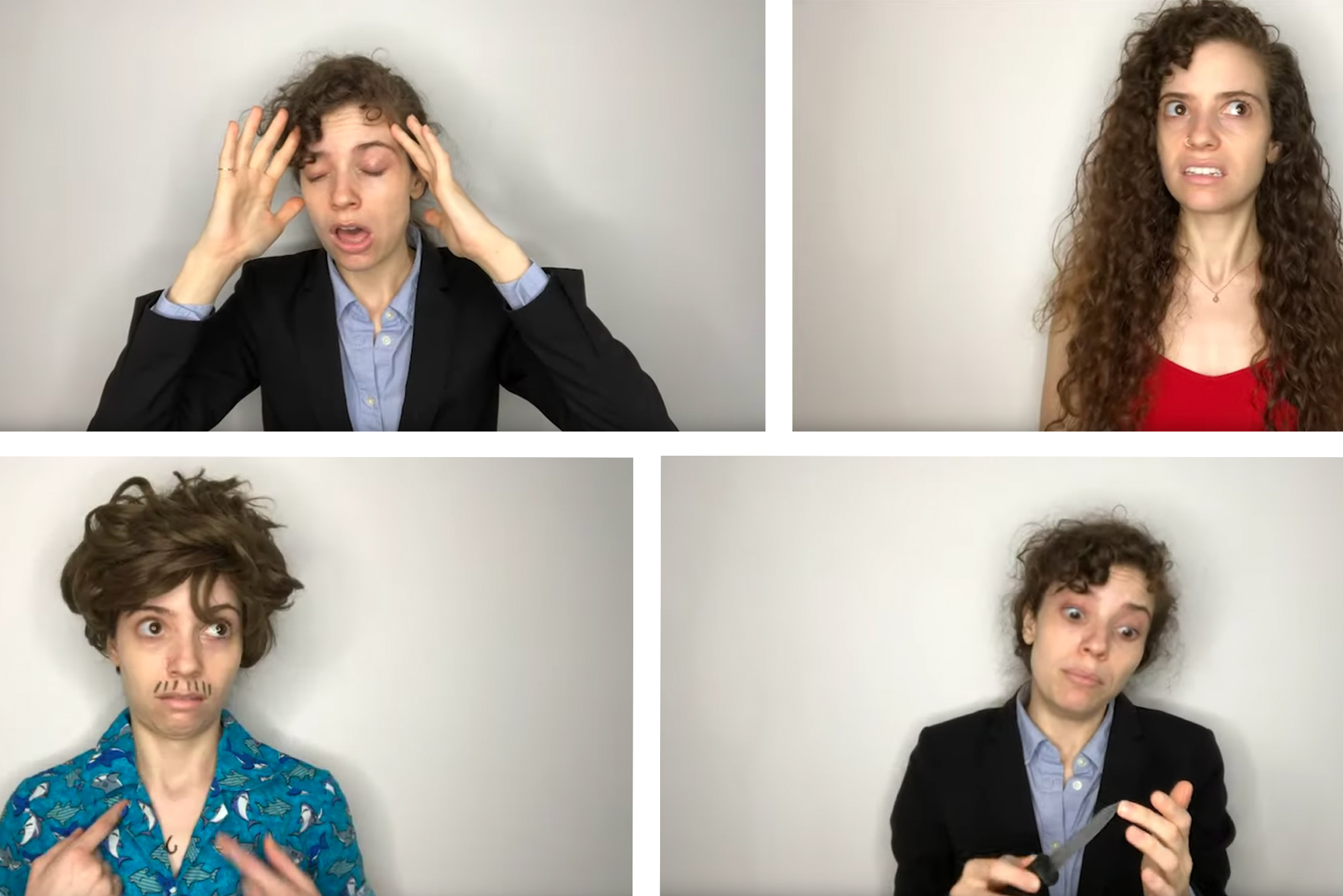 Comedian, actor, and CFA alum has performed in commercials and in Broadway and off-Broadway productions

When comedian and actor Maria DeCotis watched New York Governor Andrew Cuomo’s April 19 coronavirus press briefing, she knew she had fodder for her next routine. After covering the state’s COVID-19 response, Cuomo began talking about his daughter Mariah’s boyfriend, who would be joining the governor’s family for dinner later that night. “He went on this long tangent. It was so mesmerizing. He just kept going and going, and I was like, ‘When is he going to stop?’” says DeCotis (CFA’15). “He said, ‘I like the boyfriend,’ so many times, and I thought, ‘There is no way he likes the boyfriend.’”

DeCotis, inspired by political lip-sync videos on TikTok that were popularized by Sarah Cooper’s spoofs of Donald Trump, decided to make a parody video of the press briefing. Using clothes and makeup she already had, DeCotis set up a tripod in her New York City apartment and filmed herself lip-syncing to the press briefing audio, then edited it all together. In the video, she plays three roles: Cuomo, who becomes increasingly frazzled, his embarrassed daughter, and the nonplussed boyfriend.

“It was basically a one-woman production company,” DeCotis says. “I played [the press briefing] over and over again, and I broke it up into parts to get the timing just right. I didn’t write it out. I figured it would be easier just to listen to it.”

DeCotis started experimenting with comedy as a member of the School of Theatre’s improv group, Spontaneous Combustion, and while studying abroad in Italy, where she took classes on commedia dell’arte. She’s since opened for Mike Birbiglia’s one-man show, The New One, on Broadway, and performed in off-Broadway productions and commercials.

But the Cuomo parody has helped her reach a much broader audience. After she posted her video to Twitter on May 1, it quickly went viral, racking up more than one million views. She was interviewed by Rolling Stone and Today. The video’s success inspired her to make other Cuomo spoofs, which she posted to her YouTube channel.

In mid-June, Cuomo announced he was ending his daily briefings, and DeCotis’ fans questioned what she would do next. They’ll have to wait and see, DeCotis says. “I can go with whatever’s happening in the world.”