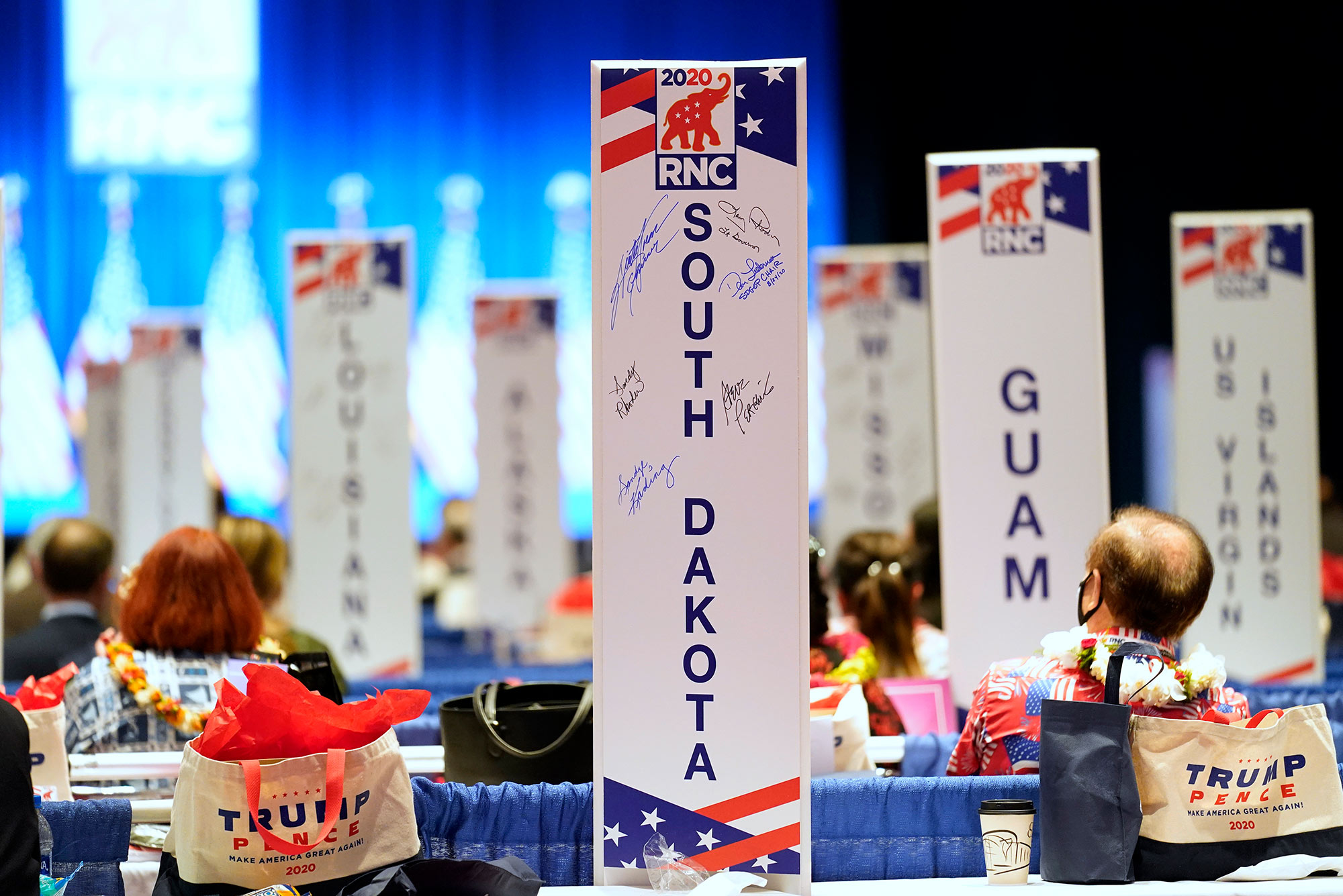 The roll call of delegates to the Republican National Convention in August (and to its Democratic counterpart) came as no surprise to readers of the Green Papers, which carefully tracks primary and general election results. Photo by Andrew Harnik/AP

Having tracked and tallied this year’s presidential primaries, which at one point featured a record number of Democratic candidates, the duo is gearing up for their sixth presidential election night on November 3, one  that could be—putting it mildly—unusual. Early ballots are pouring in at an historic rate, with President Trump repeatedly suggesting that many of them will be fraudulent, contrary to reality. And some analysts predict the vote count could drag on long past Election Day.

For the Green Papers’ two architects, it will be all in an Election Day’s work. “We will be treating this as if it will be a normal presidential election—as if we will know the winner by the wee hours of the morning, if not earlier,” says Berg-Andersson.

For the primaries, New Jersey resident Berg-Andersson would jump online as soon as the earliest closing polls shuttered; Californian Roza would join him later in the night and take over watching the returns by midnight, sending Berg-Andersson updates. The latter, on awakening in the East, would use those to call any outstanding races (the site also tracks congressional, state, and lesser offices, linking to states’ official sites and data).

“But, should it all turn out to not be so normal” November 3, Berg-Andersson says, “what I went through back in 2000, and to a lesser extent, the way things went four years ago, have well prepared me.” (In 2000’s disputed election between Democrat Al Gore and Republican George W. Bush, it took until a December Supreme Court ruling halted Florida’s recount to give the White House to Bush. In 2016, political experts thought Clinton all-but-officially beaten by 1:35 am EST, although she waited an hour to concede, when Trump, while losing the popular vote, officially clinched the Electoral College.)

In the end, Berg-Andersson is an optimist, noting that the Founders bequeathed us a Constitution that will settle any electoral dust. However the vote turns, he says, “certain institutional and related statutory provisions will kick in, Congress will legally end up the umpire that calls the game…and we will yet have two people formally and constitutionally inaugurated president and vice president.”

We will yet have two people formally and constitutionally inaugurated president and vice president.

Perhaps patience comes naturally with passion, and the Green Papers is a passion for two men who first began obsessing over elections in 1976, while still undergraduates. That pre-internet year, the duo printed out constantly updated delegate counts in that year’s nomination battles, tacking them to the bulletin board by the front door of their Beacon Street brownstone.

With the 2000 election, the long-since graduated pair formally launched the Green Papers as a labor of love rather than profit. Named for the green computer paper printouts of delegate counts they used, the Green Papers initially drew the interest of mostly foreign media.

But by 2004, citations of the site began creeping into domestic media’s delegate counts during the presidential primaries; four years later, having become aware of the Green Papers’ obsession with accuracy in every race it tracked, newspapers and radio especially were speed-dialing Berg-Andersson for interviews. Virginia Sapiro, a College of Arts & Sciences professor of political science and Arts & Sciences dean emerita, has called the site “a geeky, obsessive information stash that lots of people rely on when they want fast, basic information.”

Fans ignored the website’s hard-to-read look, which the New York Times called “a shade of near-fluorescent green” with a “1990s-era typographical mix of Comic Sans and Arial.”

In recent years, as cable news mimicked the BU pair’s delegate calculation approach, Berg-Andersson has wondered if his and Roza’s progeny has lost cachet (though he knows networks covering the political conventions last summer still relied on their work, and the site’s meter counts more than three million hits since inception). If cable is copycatting their methods, he asks, “did the Green Papers have at least some influence, however minimal? No way for me to know, though I’d like to think so.”

During the George W. Bush and Obama administrations, the State Department also was a fan, looking at the Green Papers during primaries. Currently, the diplomats seem less interested. “All the references I see online to links to us from US embassies, for example, seem to predate the presidency of Donald Trump,” Berg-Andersson says.

Go-to political tracker seems an odd destiny for a former music major, until you consider that while at BU, Berg-Anderssonalso took numerous social science classes—constitutional law, American and world history among them—for the CAS nonhumanities core requirement. The Green Papers lists his role as “research and commentary.” Roza is webmaster.

While a controversial president has made this a combustible election, Sapiro does not think “the level of contention makes a difference in whether the website is useful. It’s just a great source for facts about the election.”

In a year when the president publicizes untruths about voting fraud and other matters, that might just make the Green Papers especially useful after all.