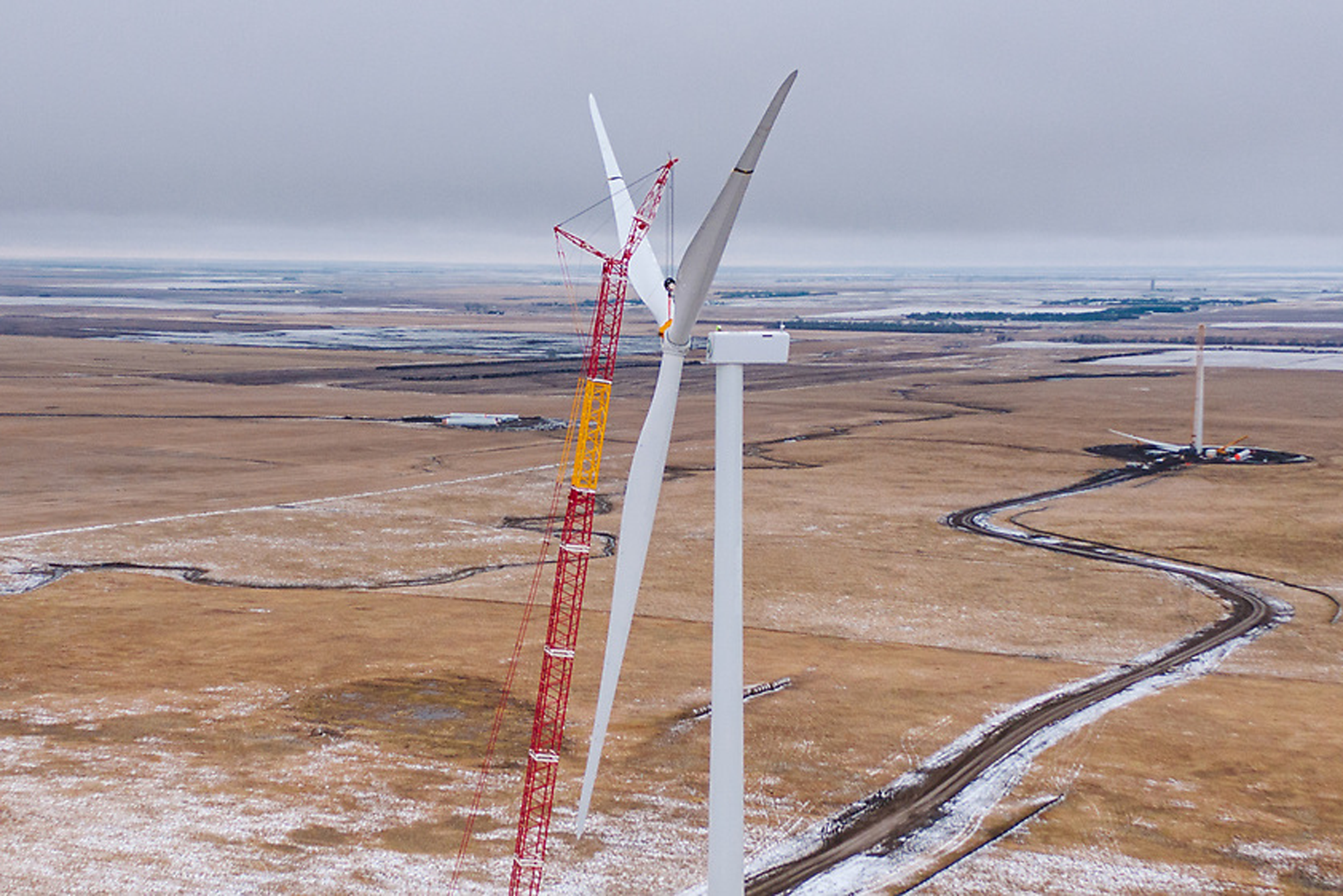 Neither snow nor rain nor COVID-19 has stayed workers who are building a BU-supported wind farm in South Dakota, a key piece of the University’s climate change reduction plan.

Despite muddy conditions from the frequent precipitation that’s hit the Great Plains this spring, says Dennis Carlberg, “the project is on track to begin the generation of electricity by the end of this year,” specifically, in November. The only holdup, from local zoning and permitting changes, was overcome, the associate vice president for University sustainability says, and “the construction phase of the project is on schedule.”

Watch the video above for a progress report on the South Dakota wind farm that BU is supporting as part of its climate change mitigation plan. Video by Loch and Key Productions

Carlberg says ENGIE North America, which is building the wind farm, has completed almost half of the farm’s foundations and almost one-tenth of the turbine construction.

BU has agreed to purchase 205,000 megawatt hours of nonpolluting electricity annually for 15 years from ENGIE once it completes construction of the wind farm. The University will resell that power to Midwestern users, earning legal credits against its own carbon emissions in Boston.

Those credits—together with increased energy efficiency, renewable sources, and the current greening of the New England power grid—are strategies in BU’s Climate Action Plan (CAP), which calls for zero carbon emissions from BU’s campuses and global operations by 2040.

About 180 workers have been laboring on site—a number slated to rise to as many as 230—and “knock wood, we are pandemic-free,” says Kenny Van Ballegooyen, project construction managing monitor. “We’re taking it extremely seriously,” with ENGIE implementing numerous protocols to keep crews safe and the work on schedule, he says.

“To get into the laydown yard, you have to have your temperature taken” to check for fever, Van Ballegooyen says. Workers traveling to the site from a distance must provide their routes in advance to the company, and traversing certain areas, must provide photos to show they were there; the goal is to have workers avoid viral hot spots.

Knock wood, we are pandemic-free.

Offices are cleaned frequently, and employees observe social distancing and wear masks on their faces whenever possible, though that latter precaution isn’t possible under certain conditions. “If someone would come down with COVID-19, we would obviously see what crew the gentleman was working on, and see who the employee had contact with,” says Van Ballegooyen.

The 205,000 megawatt hours BU will purchase from the wind farm is the amount of electricity the University used in 2019, accounting for more than half of the University’s carbon dioxide emissions. BU’s agreement to buy electricity from ENGIE enabled the company to obtain financing for the wind farm’s construction.

That greening grid—together with energy efficiency and replacing oil use with cleaner natural gas—has enabled BU to reduce its carbon emissions by about one-quarter since 2006. Per the CAP, the University will spend $141 million over 10 years on capital projects that will further reduce emissions.

This aspect of the project, however, has been affected by the pandemic. A trip planned last month had to be postponed until travel is safe again.