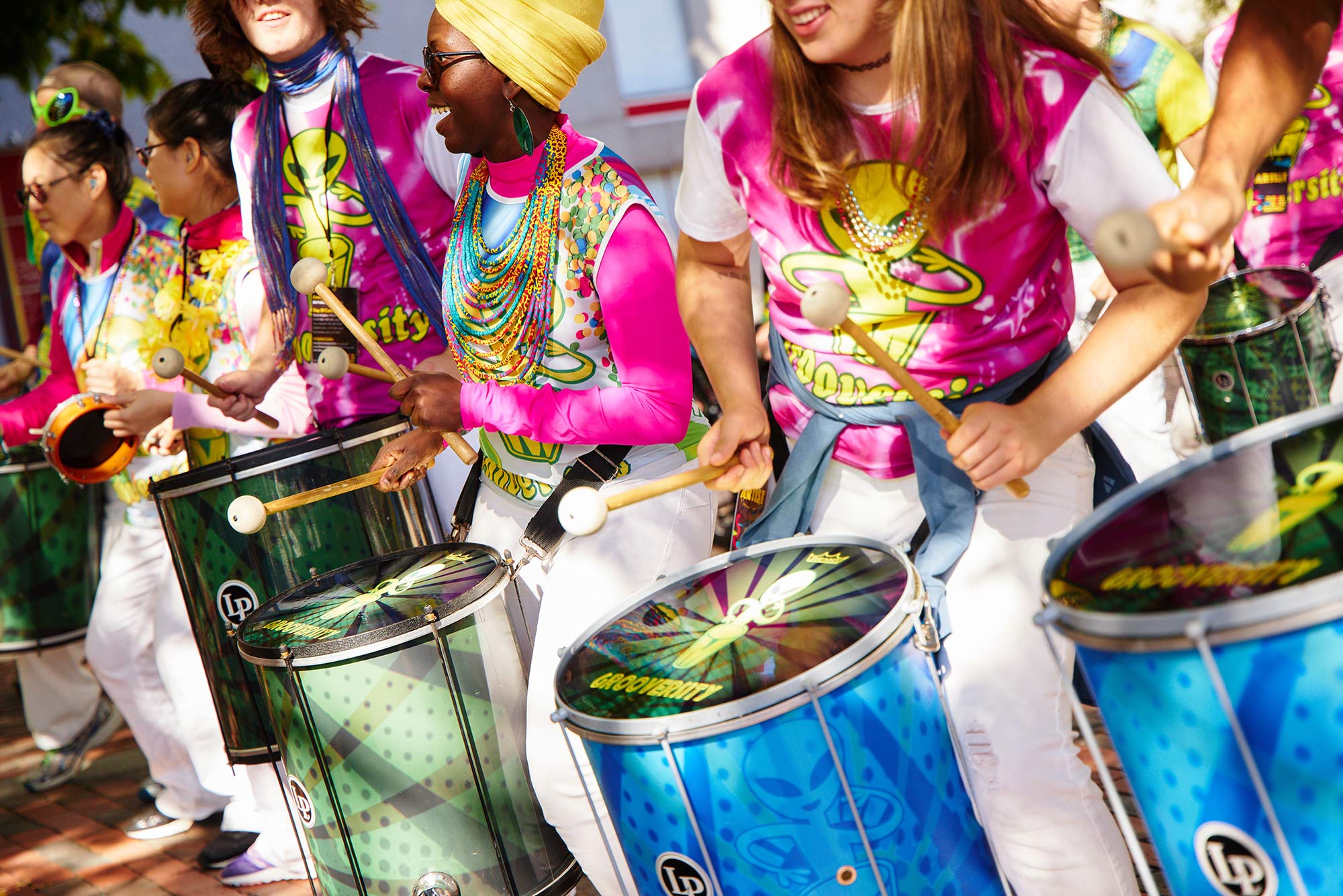 A $15,000 grant from the National Endowment for the Arts to the three-year-old BU Global Music Festival provides a welcome boost in what has been a tough year for arts organizations everywhere.

“We are truly grateful for this support, especially at the time when learning to listen to disparate peoples with different histories is all the more important,” says festival artistic director Marié Abe, a College of Fine Arts associate professor of music, musicology, and ethnomusicology.

The Art Works grant will be used to cover artist fees and  production expenses for the fall 2021 festival, since this year’s event will be entirely online courtesy of the COVID-19 pandemic. Global arts organizations faced difficult challenges even before the coronavirus, because of increasing travel restrictions for international artists in the present political climate.

“The award provides a vote of confidence for our commitment to fostering compassionate and open ways for the public to listen to other groups of people within Boston University, Boston, the United States, and beyond, through vibrant musical cultures across the world,” Abe says.

“These awards demonstrate the resilience of the arts in America, showcasing not only the creativity of their arts projects, but also the organizations’ agility in the face of a national health crisis,” says Mary Anne Carter, NEA chair. “We celebrate organizations like the BU Arts Initiative for providing opportunities for learning and engagement through the arts in these times.”

The grant was even more of a vote of confidence because the application went in nearly a year ago, before last fall’s second BU Global Music Festival, says Ty Furman, managing director of the BU Arts Initiative, which produces the festival along with the CFA School of Music department of musicology and ethnomusicology, through the Karbank Fund for Global Music.

That 2019 festival, featuring Saraswathi Ranganathan, KoKoKo! and Boston’s own Grooversity, drew more than 1,000 people to such BU venues as the Tsai Performance Center and the George Sherman Union Metcalf Ballroom. That number was twice the attendance of the inaugural event the year before, and the organizers were especially gratified because the audience drew people from outside the University who usually patronize Boston’s other music presenters, as well as members of the BU community.

“You see a young couple with a little baby with the headphones on and retirees on canes, and our students are in that mix, which is so cool to watch,” Furman says.

For this fall, given the pandemic, organizers are planning to stream online performances by both local and global musicians as well as panel discussions on the status of global music. Dates and other information should be announced soon, although it’s likely to be at the end of September or the beginning of October, like the two previous festivals.

“It’s a chance to keep our fans engaged within the limitations and also let people know what we’ve been doing,” Abe says. “If they know it is something that happens every year, we are building much more of a long-term, sustainable type of community that hasn’t existed.”

Furman and Abe expect to begin planning the fall 2021 event in January, along with producer Sarah Collins, Arts Initiative assistant director, and consulting producer Brian Keigher. Once again, they’ll work with a consortium of more than half a dozen other presenters around the country, including the Chicago World Music Festival and the Lotus Festival in Bloomington, Ind., which allows them to avoid competing for bookings as much as possible and proves helpful to international performers planning a US swing.

The Global Music Festival has its roots in a lunchtime concert series Abe organized after she joined the College of Fine Arts in 2011, soliciting donations of $100 here and $200 there.

“We knew we had a good idea and we knew it represented BU well,” Furman says. “We’ve been talking about being a global institution since I got here.”