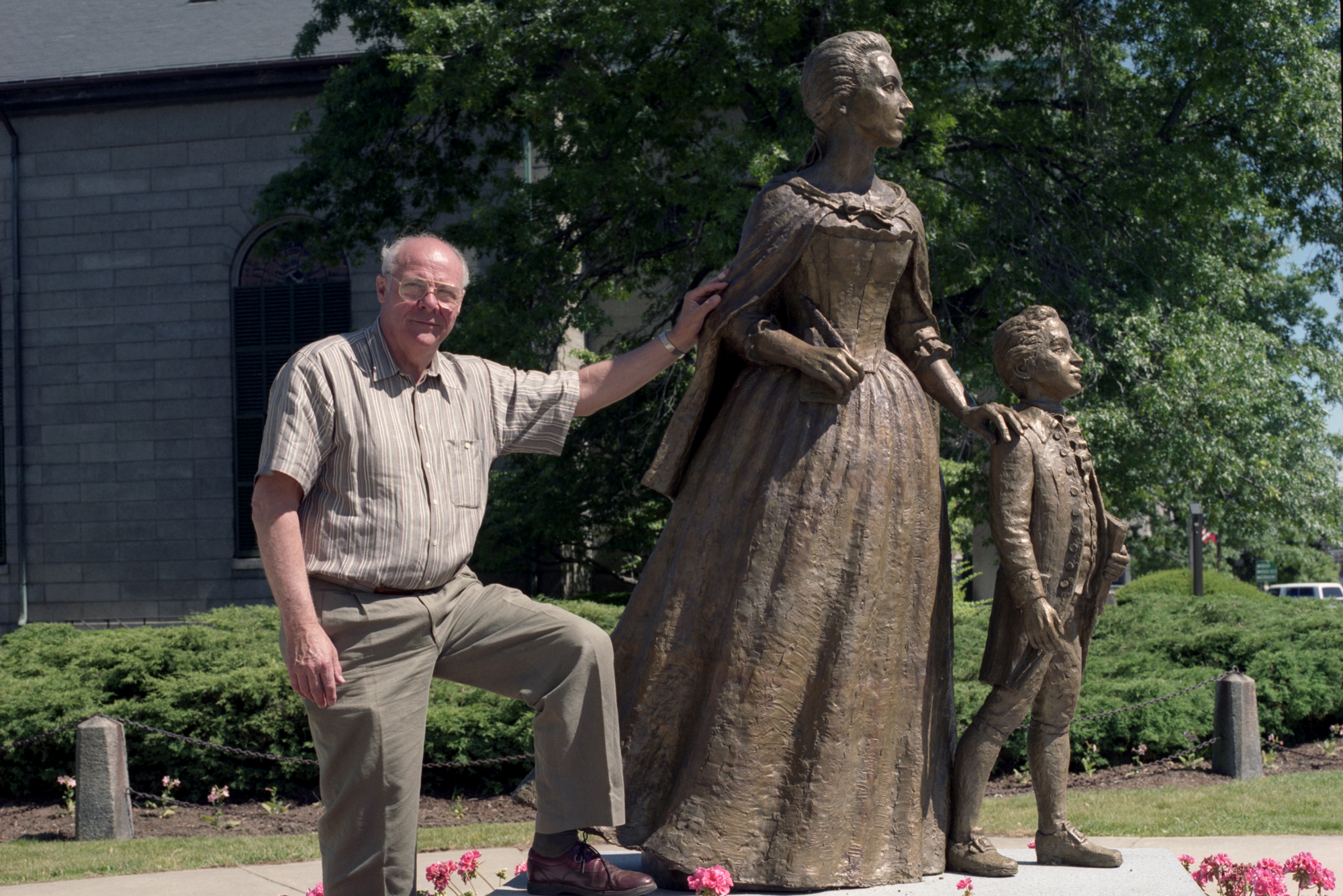 Lloyd Lillie was an acclaimed sculptor whose works and commissions—bronze sculptures of John Adams, Abigail and John Quincy Adams, Thomas Jefferson, Booker T. Washington, and other prominent figures in US history—appear across the nation and around the world.

He was a member of the BU faculty for 34 years, a professor of art for 21 of them. He remained in touch with many of his former students, several of whom worked with him on his commissions.

Rhode Island artist Victoria Guerina was one of those students. “Lloyd was one of those rare people, both a world-class artist with an impressive résumé and an extraordinary teacher,” says Guerina (CFA’90). Just after she earned an MFA at BU, she says, Lillie told her about The First Wave commission from the National Park Service and asked her to create the figures of Elizabeth Cady Stanton, Lucretia Mott, and the other women who had organized the convention.

“This was a dream opportunity,” she says, “working on sculpture from morning to night and creating artwork that would highlight women’s history, at that time an obscure topic to me.”

Lloyd was one of those rare people, both a world-class artist with an impressive résumé and an extraordinary teacher.”

The First Wave, which was installed and dedicated in 1993, allows park visitors “to feel as though they were part of the 1848 gathering as they walk among the bronze figures,” says Guerina. “This was a hallmark of Lloyd’s work, from his Thomas Jefferson (1976) in St. Louis throughout his career: bringing sculptures down off the pedestals, so that viewers can relate to the figures he created on a human level.”

Lillie’s body of work also includes sculptures in Mexico and Istanbul. He described to the Boston Globe in 2014 the satisfaction he received from sculpting, “watching an image emerge, watching it come to life, starting with wet clay and discovering an image that has a kind of presence to it.”

Guerina, who continued working with Lillie on projects and commissions for more than 30 years, says his artwork was “expressive and beautifully articulated.”

“A year or so ago, he had made some sculptures for an exhibit in the retirement home where he and his wife, Barbara, were living,” she recalls. “I happened to be visiting and he took me down to the gallery. I remember how impressed I was with one of the pieces in particular, of a woman and an elderly man. A young child was running between them—from the woman, maybe the mother, to the old man, possibly the grandfather. It was a small piece and simply executed in terra cotta, but the sense of excitement of the little toddler and the joy of the old man was so clear and heartfelt. I wondered how he could create that beautiful feeling from just a little bit of clay. His ability to create feeling in his artwork, coupled with an unerring eye for form, composition, and proportion, make his work so extraordinary.”