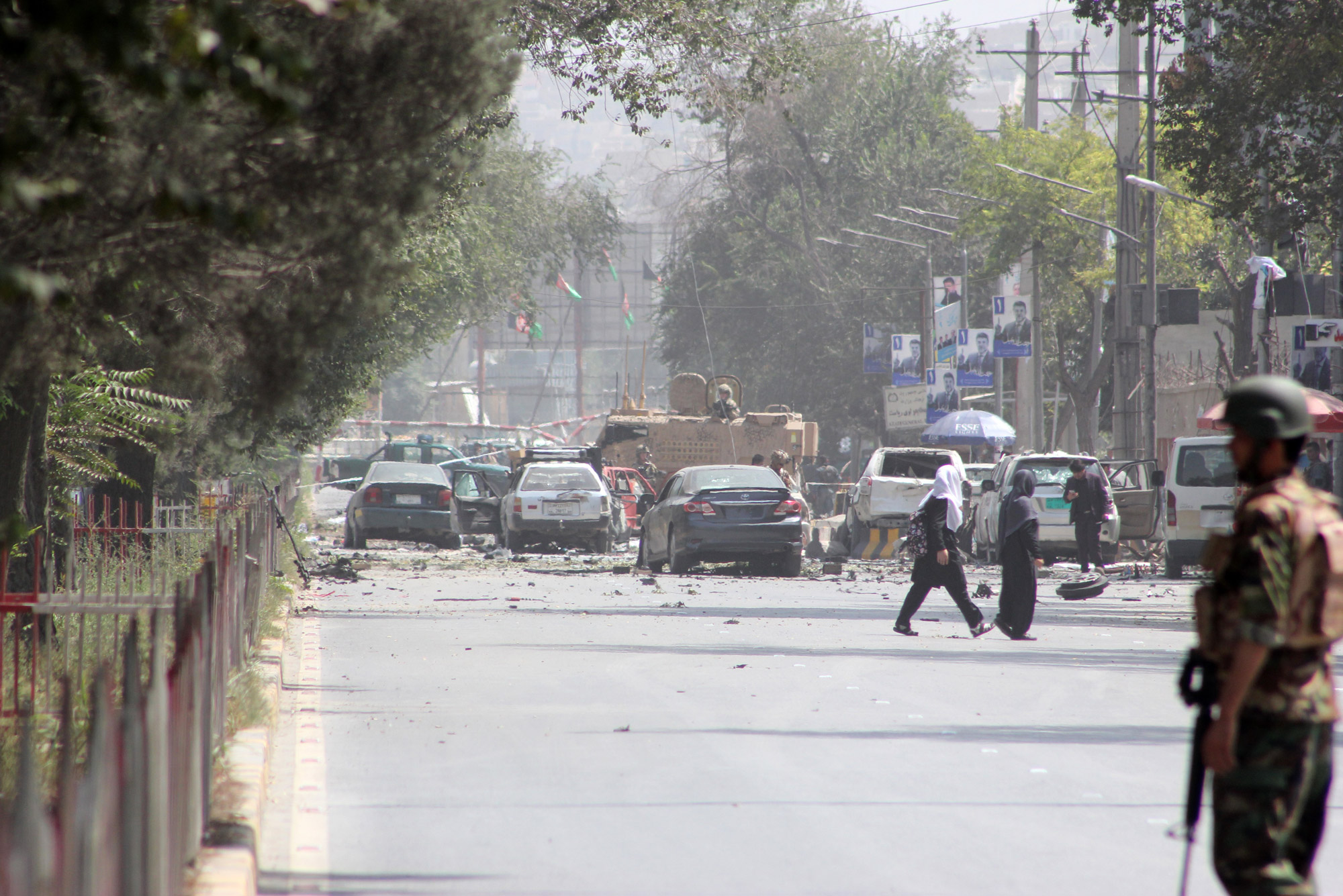 BU experts weigh in on what it means for the United States, and for Afghanistan

The world changed 18 years ago today with the 9/11 terrorist attacks, launched by al-Qaeda from Afghanistan. Just days before the anniversary of the attacks that claimed almost 3,000 lives, President Trump abruptly canceled secret peace talks with the Taliban, the militant group warring with the American-backed government in Kabul. Hopes of ending America’s longest war stalled with Trump’s action, taken after Taliban attacks last week in Afghanistan that killed 12 people, including a US soldier.

Trump’s decision to cancel the ongoing talks, which were to continue at Camp David this past Sunday, came in the run-up to the September 28 Afghan elections. The Taliban has opposed holding the elections and is battling the Afghan government led by President Ashraf Ghani, who is believed to have solid chances of reelection. Given that the Taliban had been waging attacks throughout the talks, some critics have questioned why Trump called them off and whether he should have made such a public show of his displeasure.

What does the breakdown of talks mean for both countries? BU Today asked Adil Najam, dean of the Frederick S. Pardee School of Global Studies, and foreign policy scholar Neta Crawford, a College of Arts & Sciences professor and chair of political science, to discuss what happens next.

BU Today: Was it necessary or wise to cancel peace talks, and should the president have publicized his decision?

Crawford: The Trump administration’s approach to negotiations gets mixed reviews in my book. The United States is right to be seeking a negotiated solution to the war. However, the approach is wrong. A negotiated cease-fire with all parties should be the first step. It is essential to stop the fighting and to decouple it from the negotiations for a political solution. The Taliban and the US and Afghan military have been fighting more intensely for the past two years, with the aim, on both sides, of making gains on the ground to bolster their position during the negotiations. The United States and Afghan government have been steadily losing ground and controlling less of Afghanistan.

But in the contested areas, the intense fighting means more people are killed and injured. Civilian deaths and injuries have spiked, with more killed annually in the last several years than in most other years of the war. Afghan soldiers and police are also obviously a particular target here. As long as the mentality is that negotiations can occur at the same time as the fighting, we can expect this carnage to continue. A cease-fire would allow the resumption of talks within a different framework, starting negotiations with all the major parties. Because the US-Taliban negotiations have been bilateral, that signals that the Afghan government is irrelevant. The idea that there can be negotiations without at least the Afghan government’s participation is unwise.

Najam: There is no surprise that the talks failed. There is no surprise that President Trump announced it in the way he did. It would have been a surprise if he had done it in any other way. The only surprise was that things had come as far as a possible Camp David meeting being contemplated. But let us be clear that the talks have not been called off because of the Kabul attack. The Taliban have never halted fighting during these talks. Nor has the United States. Clearly, the talks failed on other grounds—most likely, the Taliban were not willing to accept US conditions, and the United States was not able to convince the government in Kabul to go along with an agreement.

What’s the likely effect of the decision on the 14,000 American troops still in Afghanistan? Does the situation argue for pulling them out, as some have long advocated, or for somehow fortifying their protections?

Crawford: The United States needs to be part of a negotiated cease-fire, part of negotiations for peace, and then to pull out. But before a withdrawal, the negotiations must lead to a peace treaty that guarantees three things: local security arrangements in each province, to prevent reprisal killings; a plan for a new government that Afghans devise; and enough resources—economic assistance—to offer as carrots to antagonists and for postwar reconstruction.

Najam: My sense is that at least some US troops will be pulled out before November 2020. Given Mr. Trump’s negotiation style, this announcement is not as much a “decision” as a pressure tactic. I fear that the Taliban’s negotiation style is similar to his. Despite this, I think they will return to the talks because both want a US troop withdrawal, but not because it will lead to peace. For Mr. Trump, this is a major election promise that he would like to fulfill before the next election. For the Taliban, they sense that they have the advantage right now, and with US troops gone, they will be able to press further on that advantage.

For American troops stationed in Afghanistan, unfortunately, even if there is an eventual withdrawal, the prognosis in the very short term can only be further escalation.

What does the cancellation of talks mean for the future, at least near term, for Afghans and their chances for peace and security?

Crawford: Afghanistan is likely to see an increase in violence over the next several months. I foresee violence continuing there for many years if there is no peace treaty.

Najam: Irrespective of whether there is a withdrawal, there is really no likelihood of peace and security for the Afghan people. This is about US troop withdrawal, not about Afghan peace. Either the process totally fails, in which case the Taliban will certainly escalate the violence with a vengeance, or it will lead to a withdrawal without a real peace deal, and the Taliban will take control and new civil wars will erupt. The only real path to peace has always been a process that meaningfully involves the Afghan people and all the myriad stakeholders, including the government and political parties in Kabul. Without that, we will be back not just to 2001, but to 1988, when the Soviets retreated from Afghanistan, the United States abandoned it, and the country was left in the shambles that resulted in the birth of the Taliban, and later al-Qaeda.

I am sorry for offering such a bleak prognosis. I sincerely hope I am wrong.

There is 1 comment on Whither Afghanistan after Peace Talks Collapse?