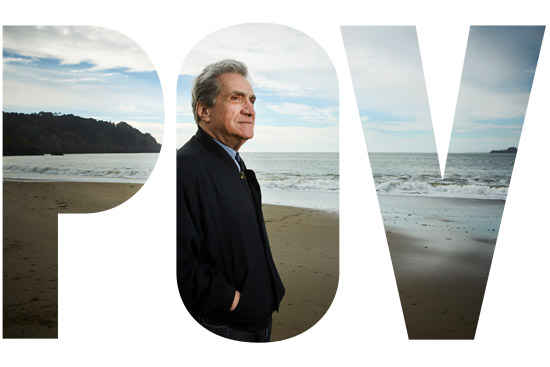 There’s a severe beauty in the winter quiet of Cape Cod, a restful, harsh splendor of absences. The wind off salt water; the minimal shapes of the vegetation; the sparse year-round shore birds. A coyote trots from behind a boarded-up clam shack for a moment, then disappears.

“It is a wild, rank place, and there is no flattery in it,” says Henry David Thoreau in his 1865 book on the Cape. Thoreau wrote his Cape Cod in installments, and the magazine that serialized them got so many angry letters from Cape residents that they canceled the arrangement. Possibly courting outrage, Thoreau mentions the bad smells on the Cape, and the remarkably unattractive women. He writes about predatory sharks, too, with some emphasis on the tendency of Cape people to boast and exaggerate about them. He also writes vividly about gruesome shipwrecks.

The gray and almost voiceless natural beauty of the Cape in winter has a parallel feeling in the pinched but enduring human life of any summer resort in the off-season. We natives don’t dislike the Summer People, but when they are gone we can repair not just our buildings, boats, and equipment, but the qualities of our communal, year-round life. Our provinciality is in a way enriched by the visiting pleasure-seekers from Boston, New York, Montreal (they bring us an air of urbanity) and in a way amplified by them (they make us feel superior to them).

We don’t dislike the Summer People. Some of them as individuals become our friends, and in the mass they are a source of our livelihood. The year-round denizens look at the people of July and August something like the way a dairy farmer looks at cows.

And in the freshening weeks before July 4 and the relaxing weeks after Labor Day we true locals can have the best of both worlds.

At this point I need to confess misappropriating the “we”: I grew up in an ocean resort in New Jersey, but on the Cape I have only the provisional, if not humiliating, status of Summer Person. I tell myself that I can recognize the nature of the place and its year-round people, but at best I do that from afar. Sometimes, as I’ve done here, I imagine myself year-round. And I do like the Cape in winter.

It’s to be acknowledged that in the summer there is great vacation fun, and I enjoy it: the delirious, perpetual carnival of Provincetown; swimming or kayaking on the Bay side or ocean side; Wellfleet oysters at Blackfish; sea bass at Moby Dick’s; bike rides or walks in the Province Lands; whale watches on Georges Bank; freshwater swims in kettle ponds—among the many summer pleasures for us Summer People.

An economy dependent on the pleasure of visitors is sensitive to bad publicity. On my native Jersey Shore, we do not welcome talk of beach erosion, or the decline in sea bass. On my adopted Cape Cod, shark attacks have been compared to being struck by lightning, or the danger of getting into a car. But the dread of sharks, like the need for vacation, is a matter of feeling more than statistics. Dread and pleasure, in this kind of thing, are irrational. As a synonym for “vacation,” the word “escape” is a common, understandable exaggeration. But the very idea of “escaping” a shark that might mistake you for a seal makes the word awful. We don’t want to think about it. Escaping the chores and routines of home is, in a way, the whole point of vacation: itself an interesting word, to do with emptiness, like its cousins “vacuum” and “evacuation.”

As to escape in the positive sense, it’s in the off-season that I have felt most intensely that great feeling of sheer distance: a psychological relief from the daily grind and the daily news. As Thoreau says in the final words of Cape Cod: “A storm in the fall or winter is the time to visit it; a light-house or a fisherman’s hut the true hotel. A man may stand there and put all America behind him.”

Robert Pinsky, a William Fairfield Warren Distinguished Professor and a College of Arts & Sciences professor of English, is a Cape Cod resident; he can be reached at rpinsky@bu.edu.

There is 1 comment on POV: Robert Pinsky Extols the Virtues of Cape Cod