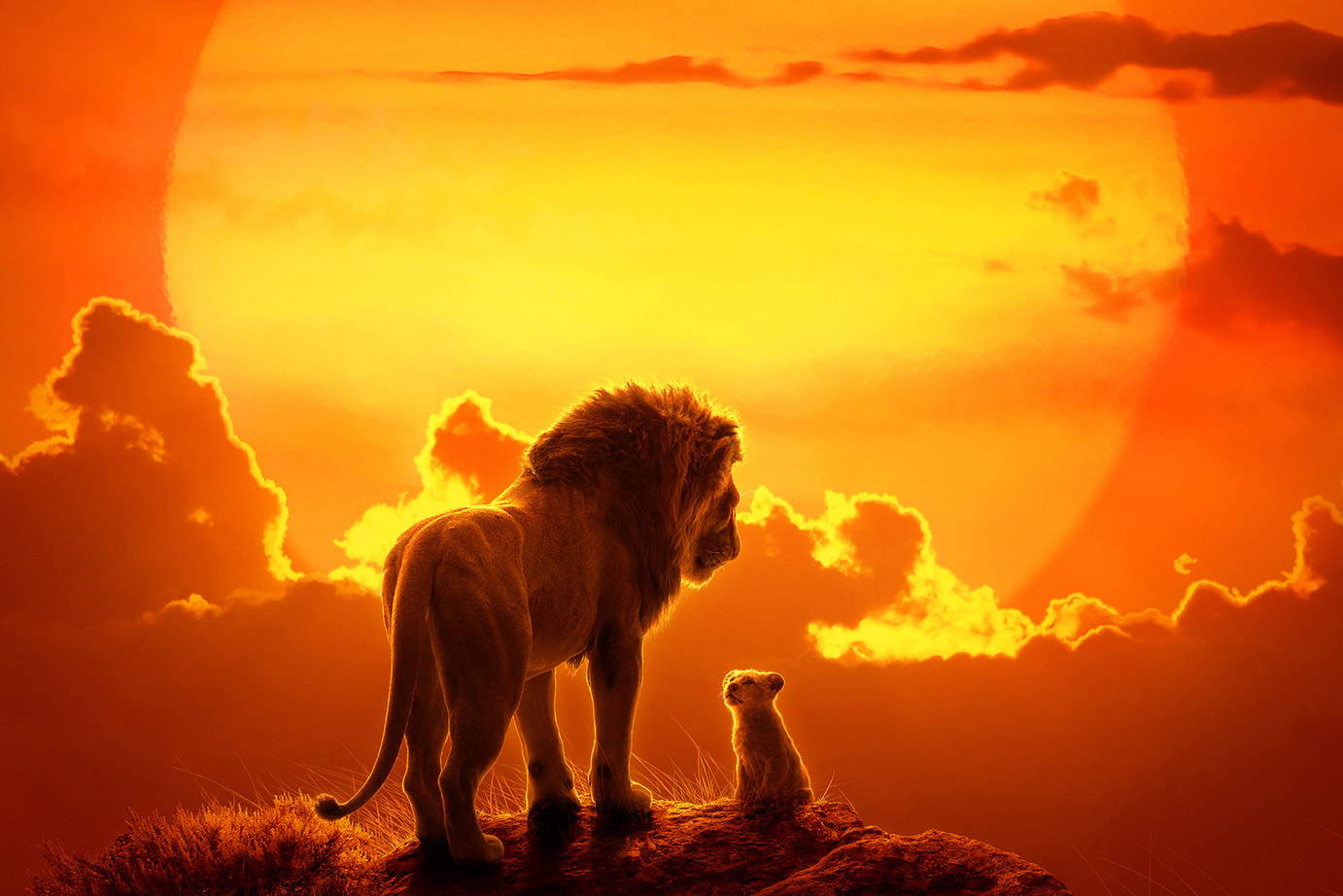 The story of The Lion King, starring Donald Glover as Simba and Beyoncé as Nala, is being retold on the big screen 25 years later with photorealistic animation. Poster courtesy of Walt Disney Pictures

Who Is Seeing The Lion King Tonight Courtesy of BU Today?

Check out the correct answers to our trivia quiz

The story of The Lion King is being retold 25 years later with a star-studded cast and life-like, computer-animated imagery. The remake follows Simba (played by Donald Glover) on his coming-of-age journey after his father, Mufasa, was killed by his evil uncle, Scar. Nala, Simba’s childhood friend played by R&B superstar Beyoncé, finds Simba several years after he left their pride to encourage him to return. However, in strides to correct the mischaracterization of prides (which are matrilineal groups) in the original film, the motivation behind Nala’s rebellion toward Scar after his takeover is explained in the remake– showing her emergence as a leader. The third and final Disney remake of the summer, directed by Jon Favreau, is projected to make more than Dumbo and Aladdin in the box office with a $50 to $60 million opening weekend.

To celebrate the return of the classic story to the big screen, we posted a trivia contest this morning. When it ended at 1 pm, the names of those who answered all the questions correctly were entered in a drawing for two free tickets for a screening tonight, Friday, July 19, at AMC Loews Boston Common 19 at 7:45 pm.

The winner is Pragya Khurana (SPH’20).

What famous song was not in the original script of 1994’s The Lion King?

Hakuna Matata (We realized this question was phrased vaguely, so we also accepted “The Morning Report” and “The Circle of Life.”)

True or false: The Lion King is the highest-grossing animated movie of the 20th century.

How much money did Disney make on Lion King merchandise the year the film came out?

True or false: The Lion King is the first Disney animated film to feature a completely original storyline.

True (though it features thematic similarities with Hamlet)

Which actor plays Mufasa in both the original and remake of The Lion King?

Director Jon Favreau is part of another highly anticipated summer release, Spider-Man: Far From Home. Which character does he play?

What is the name of Simba’s home?

What did Mufasa tell Simba his kingdom was when he was little?

“Everything the light touches”

Which famous producer worked on the soundtrack for the remake?

Pharrell Williams (We also accepted Hans Zimmer, who has reprised his role as score composer)

Who Is Seeing The Lion King Tonight Courtesy of BU Today?

Who Is Seeing The Lion King Tonight Courtesy of BU Today?
0
share this