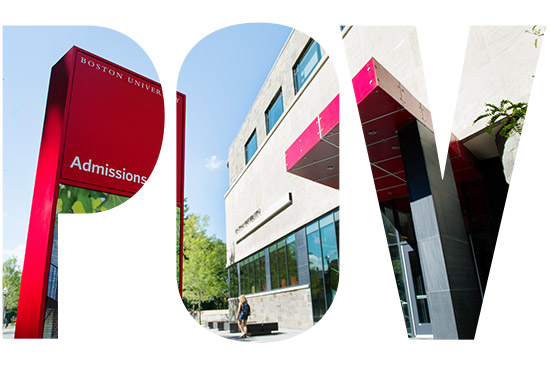 A “side door” ­into elite colleges—that’s what wealthy parents were offered in exchange for bribes of up to half a million dollars in what is being billed as the largest college admissions scam ever prosecuted by the US Department of Justice. Nearly three dozen parents, including well-known celebrities and high-ranking CEOs, college coaches, and people involved in administering college entrance exams, have been charged in the scandal.

It was called the side door because the “back door” was already taken by legacies, friends and family of college administrators, and recruited athletes.

A scandal, they call it, laughably. That people of immense wealth and access would purchase spots at elite colleges would be scandalous if it didn’t perfectly describe the admissions process at too many institutions. That these parents would risk jail time to guarantee that access speaks to their unapologetic embrace of privilege and their willingness to maintain it at all costs.

Of course, our education system was built for the privileged. While rooted in civic engagement, it was designed to further elevate and cement a wealthy white patriarchy at a time when native people were being decimated, black people were enslaved, and women were denied the vote.

Even as education became more accessible, there were limits on how many Jewish students could attend certain colleges, and education was—and in many ways still is—used as a tool to assimilate indigenous, Latinx, immigrant, queer and nonbinary, and nonwhite students.

While many barriers to admittance have since been removed, students with stellar academic credentials can still be practically denied entry based on their parents’ inability to pay. And in a nation where government policies denied access to wealth to generations of black and Latinx people, the ever-rising price of tuition continues to favor the wealthy and well-connected.

These parents who bribed their kids’ way into college probably knew none of this history, although I doubt it would have mattered to them. Elite college presidents know this story well, however, and yet many still privilege the already privileged.

Take, for instance, Harvard University, which has been defending a lawsuit regarding its alleged misuse of race as a factor in admissions. I sat in on the trial for a few days and listened as Harvard revealed its secret sauce for making admissions decisions.

In its process, Harvard gives “tips” to black and brown students, yes. But by far its biggest preferences are reserved for recruited athletes, legacies, applicants on the dean’s or director’s lists (read: wealthy, prominent, mostly white), and the children of faculty and staff (ALDC group, Harvard calls them).

This ALDC group makes up only 5 percent of applicants, but 30 percent of admitted students. When looking at just legacies, that admissions rate rises to 34 percent.

The overall admissions rate for the rest of the pool? Just 5 percent.

What’s worse, Harvard knows these legacies already have an advantage without their tipping the scales. In a recent WBUR interview, Harvard’s president, Larry Bacow, defended preferences for legacy students, saying, in part:

“I don’t deny that we, like many other institutions, when it’s a toss-up, tend to look harder at somebody whose family has a long connection to the institution. It’s done because institutions like Harvard, they did not build themselves. They’ve relied upon people who’ve been willing to work hard to make these institutions the kinds of places that they are.”

Ridiculous. Willingness to work hard has never been a problem for first-generation students, immigrants, students of color, and so many others that won’t show up in many legacy pools.

It’s the ancestors of these students that literally built these institutions, including many who were enslaved or sold to build them. We don’t see their descendants receiving legacy tips at many of our elite institutions, with Georgetown being a notable exception.

It’s those who rely on preferences based on their family’s wealth and connections that aren’t doing the work. It’s not the 4 to 5 percent black students that we routinely see at America’s elite colleges, but these students of privilege that are the true beneficiaries of affirmative action.

The worst part is, as Bacow concedes, they’d be just fine without these preferences. This makes clear that this scandal isn’t about “rogue behavior” and it doesn’t expose a flawed system, but rather one that works exactly as designed.

If colleges are really serious about equity and inclusion, they need to rid themselves of these legacy preferences once and for all. If we want students to compete based on their own merits, let’s start with those who were born on third base and go through life thinking they hit a triple.

POV: When the Real Scandal Is the College Admission Process Itself

There are 11 comments on POV: When the Real Scandal Is the College Admission Process Itself

POV: When the Real Scandal Is the College Admission Process Itself
11
share this