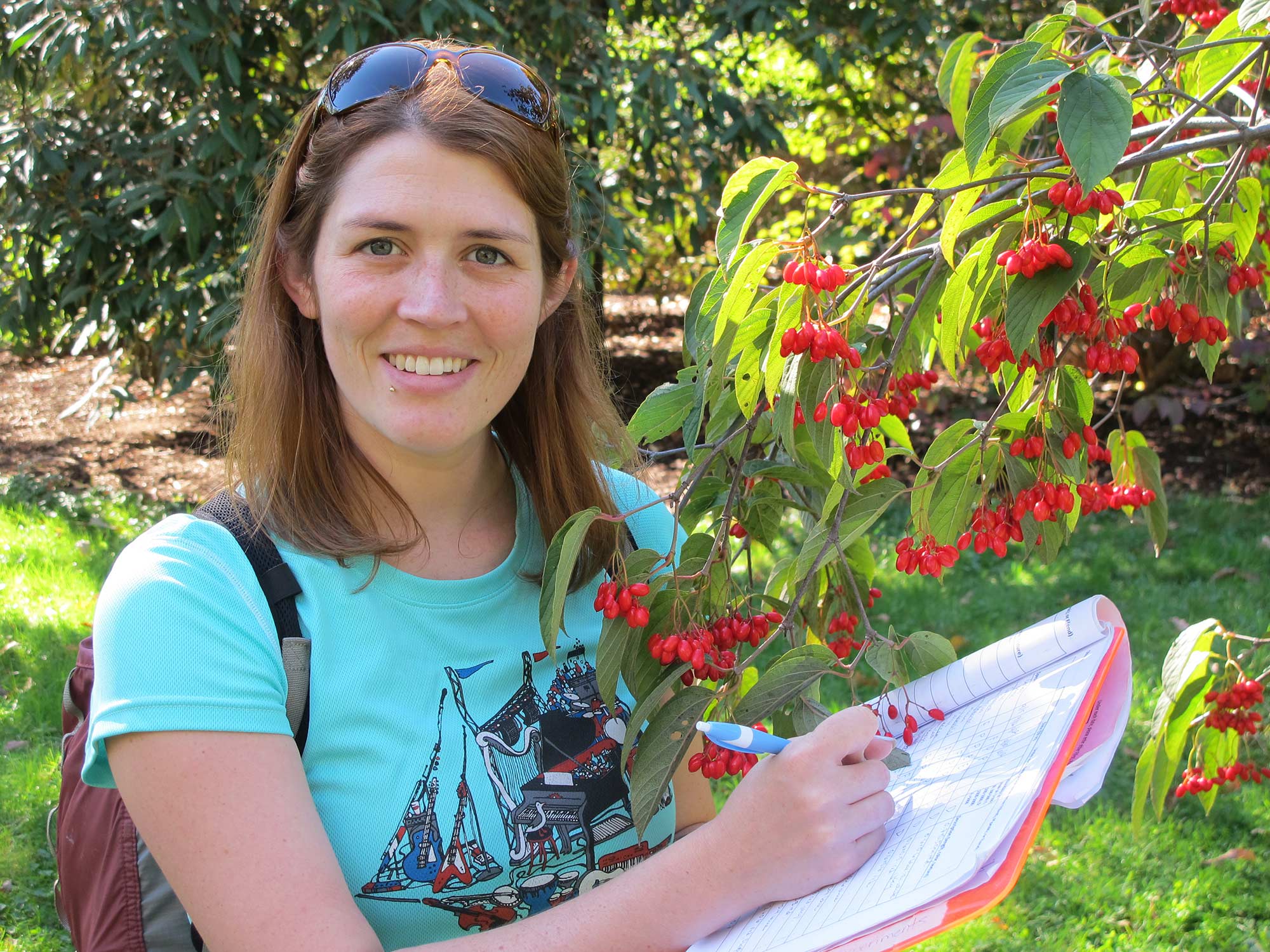 Amanda Gallinat is the first author on a paper, published in Biological Conservation, describing new findings on migrating birds’ diet preferences. The research was done as part of earning her PhD in ecology, behavior & evolution from Boston University in the lab of Richard Primack, the paper’s senior author. Gallinat is now a postdoctoral researcher at Utah State University.

New England is famous for its regional cuisine of clam chowder, baked beans, and lobster. And it turns out New England’s humans aren’t the only species that have an appetite for the local food. Birds migrating through the region do, too.

In a recent study published in Biological Conservation, we found that birds migrating through New England toward Central America and southeastern North America in the autumn, such as gray catbirds, hermit thrushes, and Baltimore orioles, prefer native New England fruits like blueberries, black cherries, and raspberries. Their preference for eating fruits native to the New England region persists even into late autumn when the menu is dominated by fruits of invasive plant species like Asian bittersweet, Japanese barberry, and multiflora rose.

In this study, our team investigated whether fruits from increasingly abundant invasive plant species might begin to take the place of native fruits in the diet of birds. We carried out our research at Manomet, a nonprofit research organization and bird observatory and a common stopover site for migratory birds near the town of Plymouth, Mass. By monitoring fruit ripening every week, we found that native fruits are more abundant in late summer and early autumn, but then invasive fruits begin to dominate the landscape starting in mid-October when birds are still migrating through the region.

To see what birds were eating, we collected bird droppings from over 450 birds routinely captured and released after weighing and banding by bird banders at Manomet. Back in the BU lab of Richard Primack, a College of Arts & Sciences professor of biology and the team lead, we sorted through the samples of bird droppings to identify seeds based on size, shape, and color.

In particular, I was surprised to find blueberry seeds in the bird droppings late in the season, when blueberries in the field were either past ripe or long gone. My team and I were also surprised to see that the birds were almost completing ignoring the plentiful fruits of invasive plants, such as the multiflora rose, privet, and Japanese barberry.

“There are reports that invasive fruits have low nutritional quality, so we think this preference for native fruits may simply reflect health-conscious birds,” says Primack, the study’s senior author.

By opting for native superfoods—like blueberries, raspberries, and black cherries—during migration, we found that these birds leave low-quality invasive fruits behind for overwintering birds to eat when nothing more appetizing is left. Due to climate change, birds such as American robins and northern mockingbirds are more likely to remain in New England over the winter and make these invasive fruits part of their winter diet.