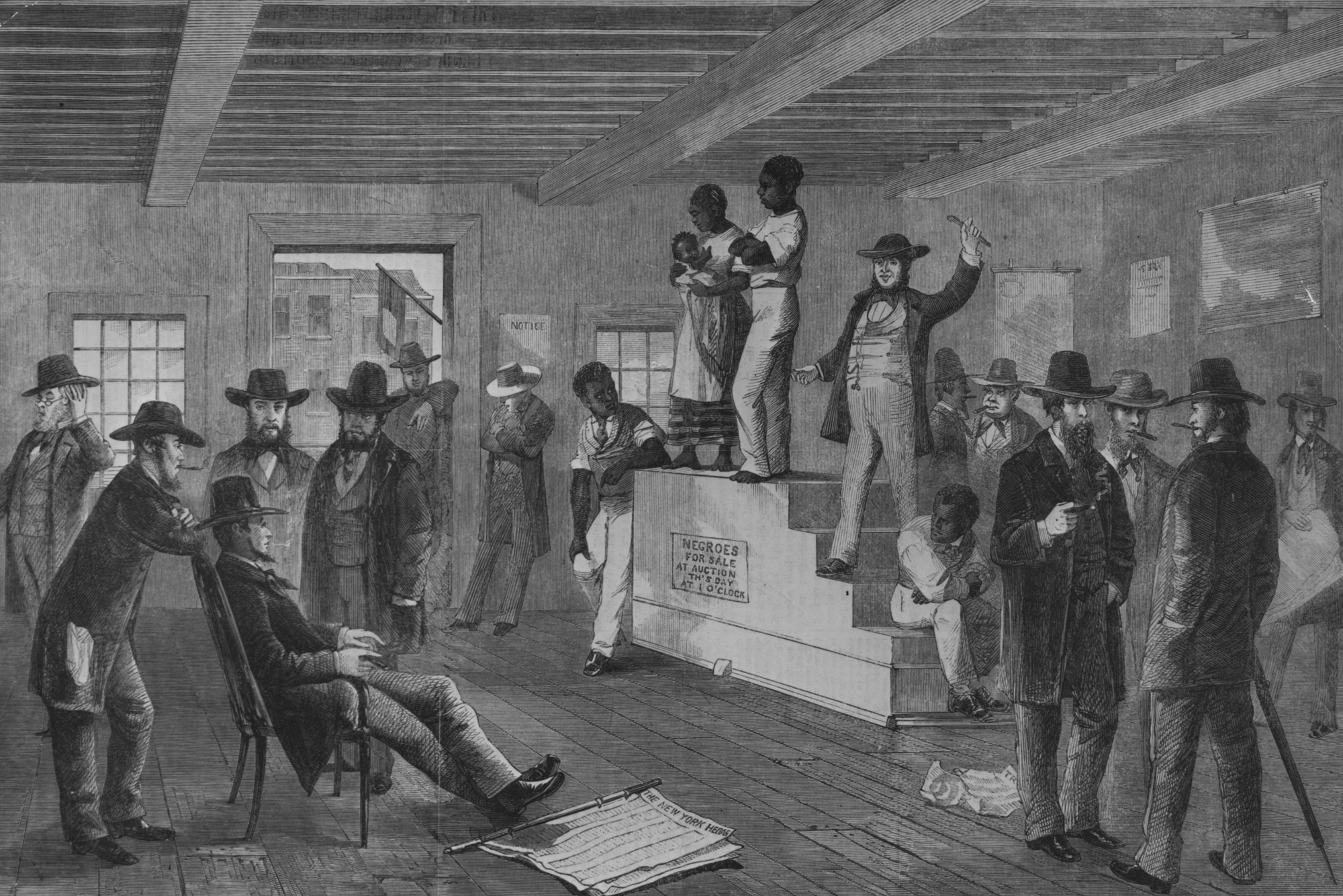 The issue of whether or not to provide reparations to the descendants of black slaves has been debated since the end of the Civil War, but has gained new momentum, with a bill currently before Congress. Photo by Rischgitz/Getty Images

Making a Case for Black Reparations

The topic of reparations in the United States dates as far back as the end of the Civil War and the Reconstruction era, but it has gained new momentum recently as the country grapples with centuries of racial inequity and Congress and the 2020 Democratic presidential candidates discuss how—and whether—to make formal amends for America’s history of racial inequality.

The controversial idea is based on the argument that the effects of slavery have spurred inequities for generations of black Americans—from the Jim Crow era to the present day—in areas such as housing, education, employment, and criminal justice, and that the descendants of slaves deserve some form of compensation, including financial payments. The US House of Representatives is currently considering the Commission to Study and Develop Reparation Proposals for African-Americans Act (H.R. 40), which would establish a committee to address what these reparations would be and how they would be distributed. The late US Representative John Conyers (D-Mich.), who died just last week, first introduced the bill in 1989, and again each year until he retired in 2017, but it failed each time. US Representative Sheila Jackson Lee (D-Tex.) sponsored the most recent version.

Darity is a leading voice on reparations, and he testified at a House Judiciary Committee subcommittee hearing on H.R. 40 in June. “For too long the nation has refused to take steps to solve an unethical predicament of its own making—the problem of the unequal status of black and white Americans,” he said in his testimony. “A policy of reparations is a set of compensatory policies for grievous injustice.”

SPH is the perfect space to take on this argument, says Yvette Cozier (SPH’94,’04), SPH assistant dean for diversity and inclusion and an associate professor of epidemiology, who helped plan the event.

“In public health, we do the hard things,” she says. “We have to have a conversation about reparations and not be afraid of where it takes us.”

Cozier notes that the subject is particularly salient to the health and medical science fields, where black people have a long history of serving as subjects of clinical studies, often unwillingly or unknowingly, and with little or no compensation. In dealing with the impact of slavery and injustice, she says, “we have to use an equity lens, especially in public health work, because it informs so much of what we do.”

BU Today spoke with Darity about the main objectives of reparations and how monetary compensation might impact the racial wealth gap in the United States.

BU Today: Why do you think the topic of reparations has become part of the national political conversation in recent years?

Darity: The conversation about reparations is probably the most extensive one we’ve had at the national level since the Reconstruction era. I’m not entirely sure why it’s happening now—it was a surprise to me. I didn’t anticipate that we would have major political candidates voicing the term “reparations,” whether or not they’re actually endorsing it.

You are a proponent of reparations. What do you believe any reparations program needs to achieve?

The reparations program should fill three objectives: acknowledgment, redress, and closure (ARC). Acknowledgment refers to the combination of an apology and the recognition on the part of the culpable party that they’ve benefited from this process of exploitation. Redress is the actual form that restitution might take—and I’ve argued that in any program of reparations, it’s important that restitution must include in some significant way direct payments to eligible recipients. The third dimension is closure, which is an agreement on the part of both parties—the culpable party and the victimized party—that the debt has been paid. But I want to be clear that closure in that sense does not mean forgetting. An important dimension of reparations programs must address issues concerning the memory of the events that led to the reparations commitment.

You’ve argued that black Americans should possess at least the same percentage of the nation’s wealth as its national population (13 to 14 percent, as opposed to less than 3 percent). What is the most appropriate frame to view and address the wide racial wealth gap that exists today?

There is a large portion of the American population, including some black Americans, who take the position that the types of disparities that we observe, inclusive of health disparities, are attributable to dysfunctional behavior on the part of blacks. There are lots of individual, behavioral-based explanations for why there might be higher levels of diabetes or hypertension in the black community, and my position is that that’s an inaccurate reading of the situation. Virtually all of these disparities are a consequence of structural considerations, inclusive of adverse intergenerational transmission effects that are associated with the allocation of resources across generations. Black parents and grandparents have less to give the youngest generation because of the historic deprivation of wealth, which manifests itself in a host of disparities that we observe in the present moment.

Is there a particular aspect of the conversation around reparations that should be receiving more attention?

It’s really important that a strong focus be given to the question of what are the beliefs that inform the people reasoning about why we have enormous racial disparities. We have to continue to hammer away at the view that it’s a consequence of bad behavior on the part of black Americans, rather than the structural conditions that confront them.

The topic of reparations evokes many emotional responses from supporters and opponents—including guilt. What would you say to people who are grappling with feelings of guilt over America’s history of racial injustice?

I certainly think there are people who are inclined to feel like personal guilt is at play here. But since the culpable party is the federal government, it’s not a matter of guilt or individual responsibility, but it is a matter of national responsibility.

Senator Mitch McConnell (R-Ky.), Senate majority leader, has said no reparations bill will pass as long as he controls the Senate. Do you think that the House bill currently under consideration has a chance of passing?

The bill languished in committee for so long, without any hearings—so the fact that we did have hearings on it in June means that the situation may be more optimistic now for its passage.

But I want to emphasize that the bill is not satisfactory in its current form, and it does need to be revised to be most effective. One of the issues is that the culpable party for reparations is the United States government, and the government didn’t come into existence until 1776. So the H.R. 40 bill needs to indicate that the starting point for the assessment of the atrocities that occurred has to be 1776, not 1619, which is identified as the year in which the first enslaved Africans were brought to the United States for sale—because it wasn’t the United States in 1619. That modification to the bill is essential, given who the culpable party is.

The School of Public Health Diversity & Inclusion Seminar Black Reparations: The ARC of Justice is Wednesday, November 6, from 4:30 to 6 pm in School of Medicine Bakst Auditorium, 72 E. Concord St., Boston. Doors open at 4 pm. The event is free and open to the public. Find more information and register for the event here.

Making a Case for Black Reparations

There are 3 comments on Making a Case for Black Reparations