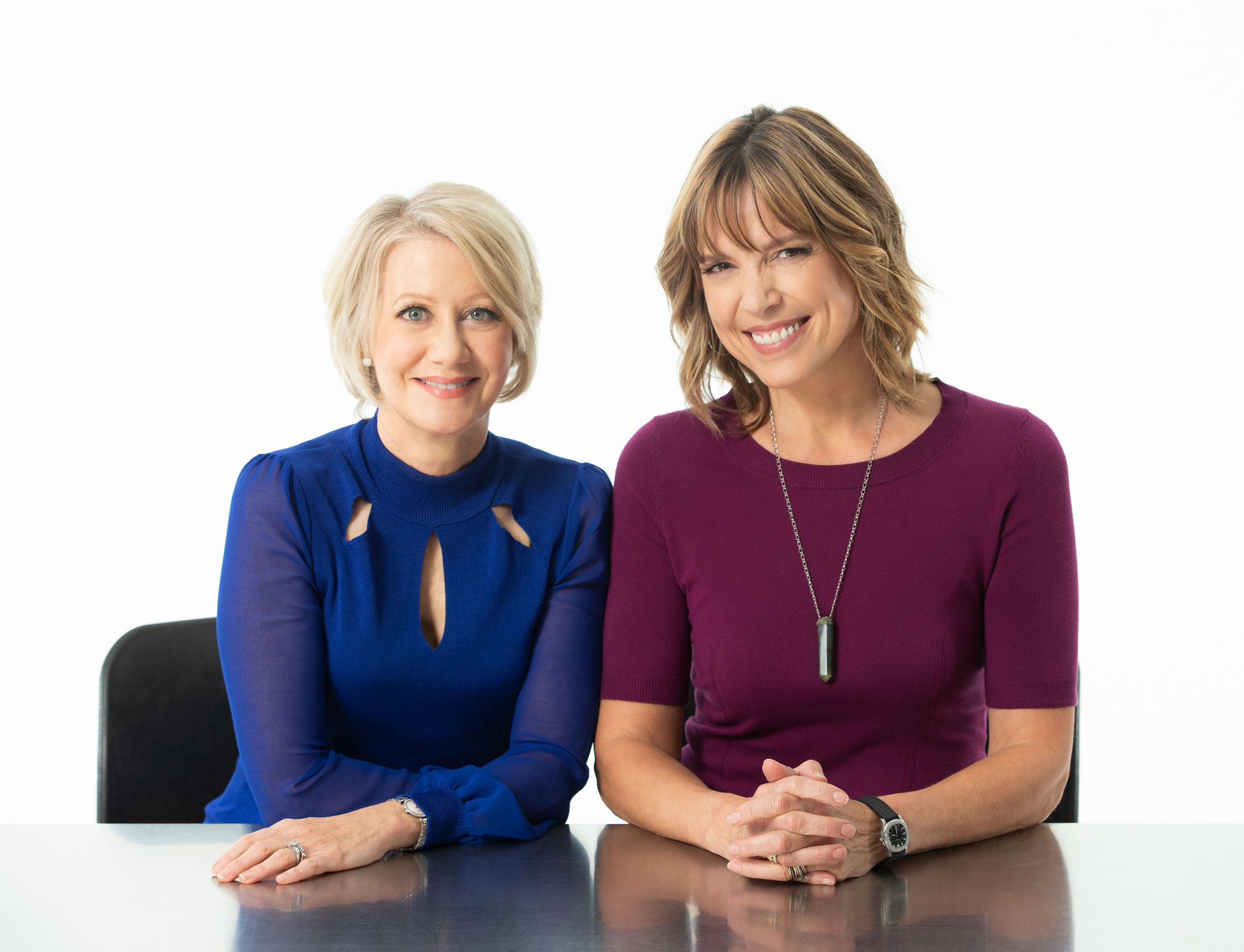 Emmy-winning veteran journalist on her pathbreaking pairing with Hannah Storm

The first TV broadcast of a National Football League game was 80 years ago; since then, there have been approximately 13,200 regular season games, but before last September, the broadcast booth for all of those had at least one, and usually two, men. Kremer, a College of Communication lecturer, and Hannah Storm changed all that when they became the first all-woman football broadcasting team last year, calling Thursday night games for Amazon Prime Video.

“If their customer feedback on our broadcast was negative,” Kremer says, “they would not have renewed us seven months early,” before the season ended. Thursday night, Kremer and Storm will return for their second season, calling the Philadelphia Eagles game with the Green Bay Packers, at Green Bay.

They’ll repeat last season’s dynamic of Storm handling play-by-play, while Kremer does analysis. They stream in 200 countries and can be seen free on Amazon’s Twitch.

Before her pathbreaking Amazon role, Kremer was an Emmy-winning reporter for the NFL Network, covered several Olympics for NBC Sports, was a sideline and features reporter for the network’s Sunday Night Football, and was ESPN’s national correspondent for 17 years. Last year, Kremer won the Pro Football Hall of Fame’s Pete Rozelle Radio-Television Award for “longtime exceptional contributions” to football broadcasting. She teaches at COM during the spring semester. BU Today spoke with Kremer about the upcoming season, and what she learned from the season past.

BU Today: What was the reaction from fans to your first season? Any chauvinist pushback?

Kremer: As someone who’s been in the business for 30-plus years, there’s always an element of the audience that does not want its sports news to be delivered by women. To those people I say, you’re entitled to your opinion, but the genie is well out of the bottle.

I got this email, from a man: “Good luck to you two fine broadcasters. It is about time. We are better for having you pave the way. I imagine there will be countless young girls who will wake up Friday morning with an entirely new dream. You are making it possible.”

The feedback we got was more along those lines. We would be in production meetings with players and coaches. I cannot tell you the number of times people would say to us, “In my household, they watch your broadcast because my daughters say, ‘Daddy, we want to watch the girls talk football.’” That gives you more motivation than some idiot who says, “I don’t want to listen to a bunch of women call a football game.”

From the second Hannah and I got on the phone with the executive from Amazon, Jason Weichelt, we were very skeptical.

Because we didn’t know what it was that they really wanted. The first thing Jason said to us was, “This is not a gimmick.” That was all we needed to hear. Hannah and I are texting each other: “OK, we’ll continue to listen.” You may not want us as an option, and that’s fine—options are options—but you cannot besmirch our journalistic credentials. When the pitch [for the stream] was written for Amazon, it was written for Hannah and me. It wasn’t written for [just any] two women.

Who is your audience—are they nontraditional fans?

We don’t know. We just know that we’re in 200 countries, and nobody else is. One of the approaches I took with my analysis, after talking with [veteran NFL broadcasters] Al Michaels and John Madden—Al put it best: “Ninety percent of the broadcasters use [football] language, and they have no idea what it really means, and 99 percent of the audience doesn’t know what it means. They just think it sounds cool.” I’m never going to use these terms unless I’m defining and describing them.

If I’m talking about an “RPO” [run-pass option, a play where the quarterback either runs with the ball or throws it], I’m explaining what it is. I’m not better or worse—I’m just different.

In your production meeting, you talk to players and coaches. We expanded that. We did all that—these are over the phone—but each week, we try to pick one person that would provide different perspectives. Pretty much everything is known about [Kansas City quarterback] Patrick Mahomes, so we went and found his college coach, who now happens to be the Arizona Cardinals head coach. Then I talked to Alex Rodriguez, the baseball player, because when Patrick was a kid, he, like Rodriguez, played shortstop, and they both feel that his ability to play shortstop and see the field informs Patrick’s football game.

How do you feel about the game given the growing body of research into football and the degenerative brain disease chronic traumatic encephalopathy (CTE)?

I work for HBO’s Real Sports with Bryant Gumbel —I’m a correspondent—and our show has done more on concussions, concussion research, than any entity. I’ve done stories that I know the NFL hasn’t been happy with. My allegiance is to being a journalist.

I’ve been integrally involved in the Concussion Legacy Foundation, cofounded by Chris Nowinski [former codirector of BU’s Chronic Traumatic Encephalopathy Center, and its media project, to teach students and journalists how to talk about concussions. We developed a curriculum. I taught it last year in my COM class The Art of the Interview, so you know darn right well that I use it in my booth. I’ve sent it to my producers and of course to Hannah.

Let the record reflect my initial answer, which is, would you be asking me that question if I was a male?

I’ve loved sports my entire life. I was lucky that I had parents that thought that was OK—that their cute little blond daughter loved football. When I was more interested in Larry Csonka, the Hall of Fame fullback, than I was in Barbie, they thought that was OK.

I always say this, and people look at me quizzically: when I was growing up, I didn’t exist. What I have young girls say to me today—I want to grow up and be Andrea Kremer—I couldn’t say, because there was no Andrea Kremer, no [fellow sportscaster] Pam Oliver. There were no women doing sports. Today, Hannah and I are very cognizant that you have to see it to believe it. We said to each other, if we don’t do this, what if two women are never offered this kind of opportunity again?

You can catch Andrea Kremer and Hannah Storm on Amazon Prime Video tonight, Thursday, September 26, and every Thursday through December 12, starting at 8:20 pm ET.