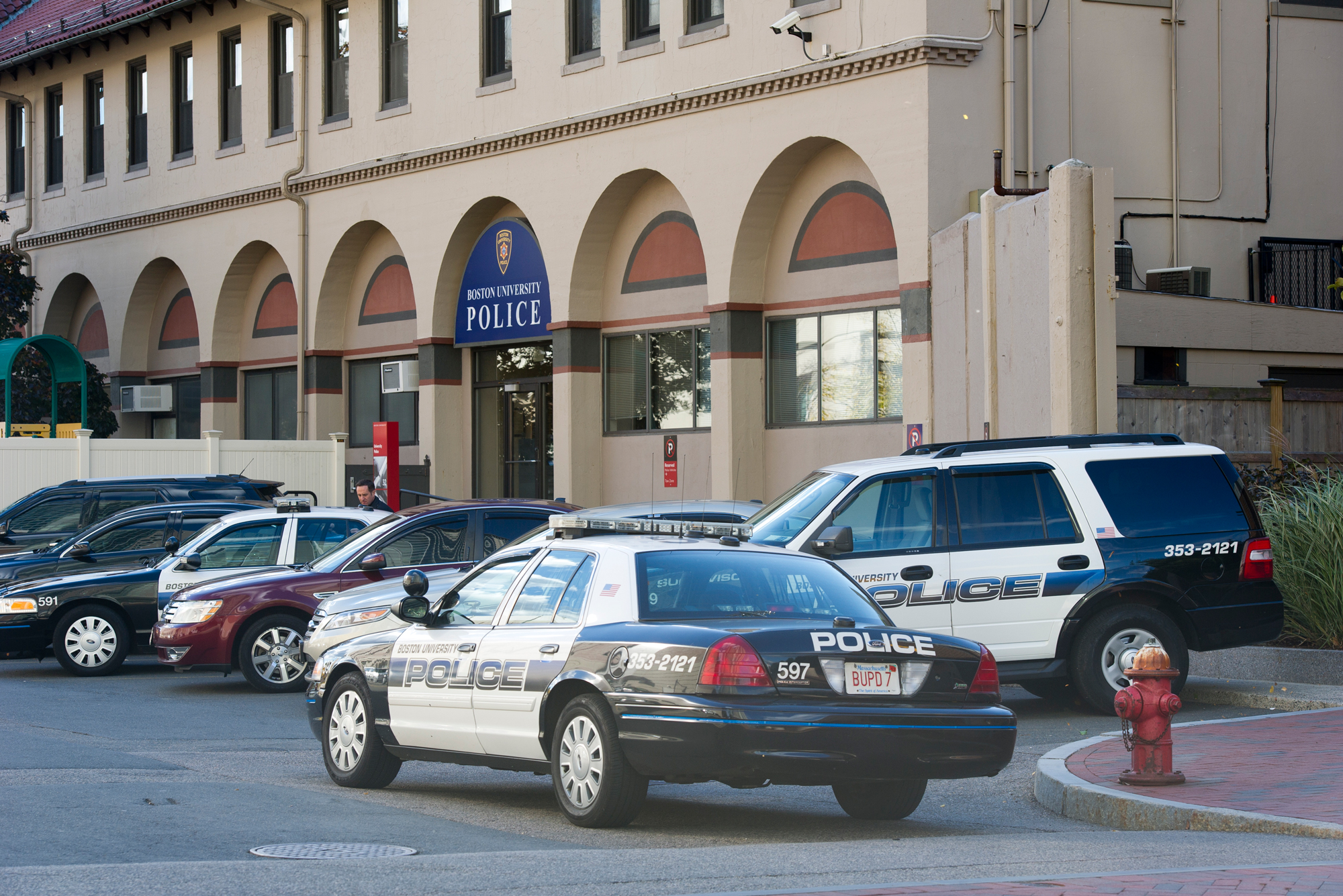 Among the findings of Boston University’s 2019 Security and Fire Safety Report: burglaries on campus rose by nearly one-third last year over 2017. Photo by Cydney Scott

Campus Burglaries Were Up Last Year, Rape and Stalking Incidents Down

A total of 30 reported burglaries occurred between BU’s three campuses last year, up from 21 the previous year. Rape and stalking cases declined from 16 and 30 to 8 and 12, respectively, from 2017 to 2018. BU submits the report to the US Department of Education each fall, as mandated by the federal Jeanne Clery Disclosure of Campus Security Policy and Campus Crime Statistics Act.

“By far the number-one crime reported on this campus and most campuses across the country is theft of property,” says BU Police Department  Lieutenant Daniel Healy. The most commonly stolen items were personal electronic devices like iPhones, wallets and purses, bicycles, and expensive designer jackets, notably Canada Goose apparel.

Healy urges people to take simple precautions, such as locking their doors and avoiding leaving belongings unattended, and to be vigilant when using ride-sharing services. Always make sure the driver knows your name when they pull up, he says. Don’t rely on a license plate alone to ensure you’re getting in the right vehicle.

The report also indicated a sizable decline in liquor law violations last year. Liquor-related arrests dipped from 31 in 2017 to 25 in 2018, while referrals—cases in which the BUPD refers students who have committed more minor offenses to the Dean of Students office for a judicial review rather than bringing them to court—dropped from 782 to 591.

On the Medical Campus, there were 22 reported cases of domestic violence and 20 aggravated assaults in 2018, both stats similar to the numbers from the previous year. The 42 reported drug violations represented a sharp decline from the 116 drug-related arrests in 2017. Healy says that the drop can be attributed to an evolving police response to the opioid crisis. “At one point, arrest and citation were the baseline police response, but a growing understanding of the crisis has led to alternatives to arrest, with an emphasis on directing individuals to resources or, in some cases, utilizing court-ordered rehabilitation, which does not count as an arrest.”

Data from the Fenway Campus was incorporated into the Charles River Campus statistics. According to Healy, the Fenway Campus is “very safe,” with only a small, proportional number of incidents occurring there last year.

The report noted four fire incidents on the Charles River Campus in 2018, down from five the year before. Only one incident, caused by a lit candle at 722 Commonwealth Avenue in September 2018, led to injury or property damage. No fires have been reported on the Medical Campus in the last three years.

Healy says that the statistics cited cover only those crimes that were reported to BUPD and that occurred on a BU campus or on a public property immediately adjacent to a BU campus.

It’s important for members of the BU community to promptly report any crime, suspicious activity, or emergency to the BUPD (see the list of public safety numbers below), he says, adding that people should trust their instincts and pay close attention to communications from BUPD. “Absolutely keep your BU Alert information up to date, pay attention to the alerts we send out, and alert the BUPD” when necessary, he says.

Students who need help for stalking, domestic violence, or dating violence can contact the Sexual Assault Response & Prevention Center, 930 Commonwealth Ave., at 617-353-SARP (7277) or by email to sarp@bu.edu. All services are free and information is kept confidential. In urgent situations, students can also seek help at Student Health Services Behavioral Medicine, at 617-353-3569. University employees who experience stalking, domestic violence, and dating violence can contact the Faculty & Staff Assistance office, at 617-353-5381, or by email to sao@bu.edu. Students and staff can call the Boston University Police, at 617-353-2121, or Medical Campus Public Safety, at 617-414-4444.

Campus Burglaries Were Up Last Year, Rape and Stalking Incidents Down

Campus Burglaries Were Up Last Year, Rape and Stalking Incidents Down
0
share this