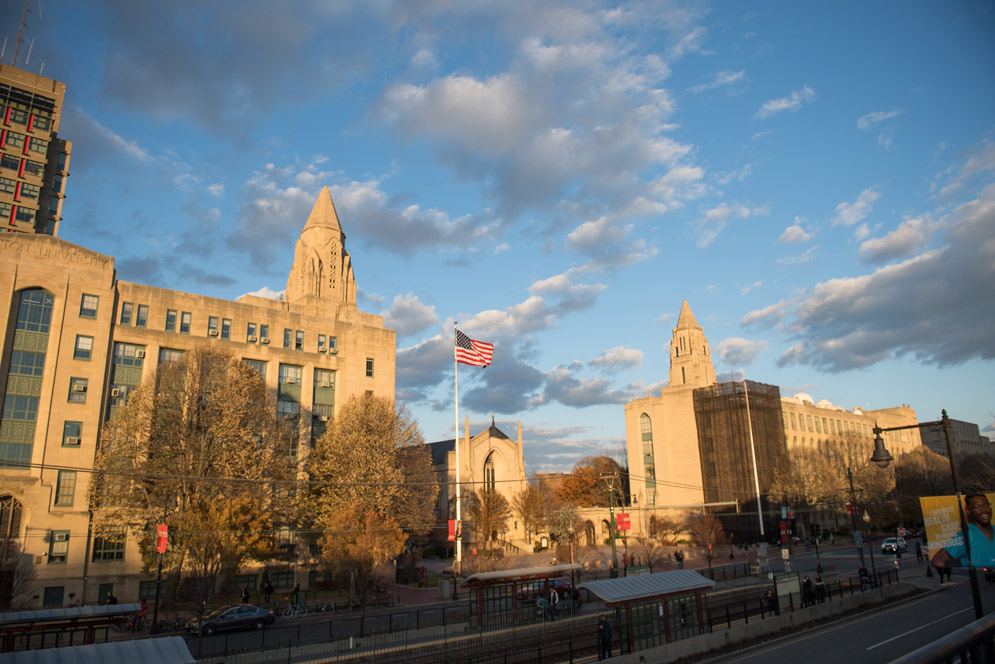 Colleges and universities, including BU, face sweeping changes around how they handle sexual misconduct if new federal rules go into effect. Photo by Cydney Scott

In a resolute letter to the Department of Education on Thursday, BU President Robert A. Brown said proposed changes to federal Title IX regulations would deter victims of sexual misconduct from coming forward and undermine the University’s efforts to “foster a campus environment that is free of harassment and discrimination.”

Brown said BU reviewed the proposed changes with a single guiding principle in mind: Do they promote student safety and well-being and “foster a campus environment that is free of harassment and discrimination.” In the end, he concluded, “we do not believe they adequately address this key consideration.”

He specifically called attention to the DOE’s redefining sexual harassment in a more narrow way than universities currently do. He also took issue with a proposal that would require a live hearing where both the accused and the accuser would be cross-examined. “This would create an intimidating, court-like setting that will chill participation in the Title IX complaint process,” Brown wrote.

His letter was filed the same week that both the Association of Independent Colleges and Universities in Massachusetts (AICUM) and the Association of American Universities (AAU) filed their comments. Like BU, both groups emphasized concerns for the safety of students, faculty, and staff first—calling for environments that are free from harassment and discrimination. The deadline for submitting comments is January 30.

The DOE, under Betsy DeVos, Secretary of Education, has proposed a high-stakes legal process for handling misconduct complaints, making changes many fear go against the spirit of the federal civil rights law banning sex discrimination in federally funded education programs.

The changes to the regulations were unveiled by DeVos last November and almost immediately sparked an outcry. There were worries that the new guidelines provided greater protections to those accused well beyond what fairness requires, thus making it less likely that victims, mostly women, would come forward, and would roll back gains made in recent years to increase the reporting and addressing of sexual misconduct.

The updated guidelines replace language that existed under President Obama, which describe sexual harassment broadly as “any unwelcome conduct of a sexual nature.” That wording was criticized by some groups as being overly broad, and that it could include conduct that should not be a basis for an institutional response.

Sexual harassment is defined more narrowly in the proposed guidelines as “unwelcome conduct on the basis of sex that is…severe, pervasive, and objectively offensive.” Brown said this new definition “would limit rather than secure the ability of students to seek redress when subjected to harassment or discrimination.”

One of the most controversial proposals is a new requirement that colleges offer a live hearing, which would require the accuser and the accused to be cross-examined by an advisor or a lawyer while in separate rooms, with “technology enabling the decision maker and parties to simultaneously see and hear the party answering questions.”

Critics of all the proposed changes from the DOE note that sexual harassment is already vastly underreported. The Rape, Abuse & Incest National Network estimates that nearly 12 percent of college students experience rape or sexual assault. Brown said Boston University is steadfast in its commitment to providing a safe and discrimination-free learning environment, and his letter said the live hearing does not adhere to those values and could slow down the adjudication of discrimination claims.

Another change the president expressed concern about is the requirement that universities dismiss any sexual misconduct complaints that do not occur at university programs or activities, that occur outside the United States, or that occur online. This could include incidents that happen off-campus, in non-BU housing, at professional conferences, or involving students or employees studying or working abroad. Brown notes that such incidents can impact the BU community.

Additionally, the proposals have the potential to limit how the University addresses harassment online.

“Central to our concern is our ability to provide BU students, faculty, and staff with an environment where they can learn, work, and live without fear of sexual harassment and sexual assault,” says Jean Morrison, BU provost. “The guidelines would hamper BU’s ability to ensure that our campus and our community are free from sexual misconduct.”

Beyond the fears that the changes might deter complaints about sexual harassment, there are also challenges to implementing the new regulations, which Brown raised in his letter. The new definition of sexual harassment is different from the definition in BU’s current policies, as well as other federal and state employment discrimination standards.

The new measures also require colleges to use the same standard of evidence in all internal conduct code processes, even those unrelated to sexual misconduct. Such a measure would interfere with the University’s ability to take a case-by-case approach based on the behavior in question and the individuals involved, Brown said in his letter.

The parties involved in a case will also gain access to all the evidence gathered in a case under the new guidelines, even if the evidence is not central to the investigation. A student’s full diary, for example, could now be considered evidence when only a single entry in the diary may be relevant to the complaint.

Brown described the measure as an “unnecessarily broad requirement that risks the dissemination or misuse of highly personal information and goes well beyond what is required.”

The current investigative process, typically undertaken at BU by a single investigator in Judicial Affairs or the Equal Opportunity office, would be replaced by a legalistic hearing. Advisors would be appointed to represent students, and those who could afford it would be allowed to hire experienced lawyers to represent their interests.

“Universities aren’t courts; we don’t have a court process,” Grodsky says. “Many people filing complaints usually just want the unwanted behavior to stop. You don’t need a live hearing with cross-examination to do that.”

Brown urged the Department of Education to adopt the recommendations of AICUM, a group that represents the interests of 55 nonprofit colleges and universities in the commonwealth. The group filed a 17-page letter in response to the changes earlier this week. Its recommendations include:

Kenneth Elmore (Wheelock’87), associate provost and dean of students, whose role includes creating a campus environment in which students feel safe, supported, and heard, says the adversarial encounter that could result from a live hearing is particularly alarming to him.

“We have to support survivors, but we also have to be fair. That’s what I want to safeguard,” Elmore says.

Under the existing process, complaints are handled by trained investigators from Judicial Affairs (if the complaint is against a student) or the Equal Opportunity office (if the complaint is against a member of the faculty or staff). The investigator collects all relevant evidence from the complainant and the accused, as well as from relevant witnesses, to determine the facts of a case and reach a conclusion as to whether University policies have been violated. Under the proposed regulations, an investigator will no longer be permitted to make that determination.

When the accused is a student, the case is presented to Elmore once the investigation is complete, and he makes his determination as to whether the conclusion is substantiated and the appropriate sanction. His decision can be further appealed to a panel that includes a student, as well as a faculty member and a staff member. The panel’s decision can still be appealed higher, to the Provost’s office, for final consideration. Each year, several students are typically suspended for violations of the University’s Sexual Misconduct/Title IX Policy, and at least a couple are expelled.

“I know that there are some who believe this is a fairly long and tedious approach we’ve got right now,” Elmore says. “But I think it’s fair and thorough and a very relevant way, on behalf of all the students here, to get at the truth as best as possible.”