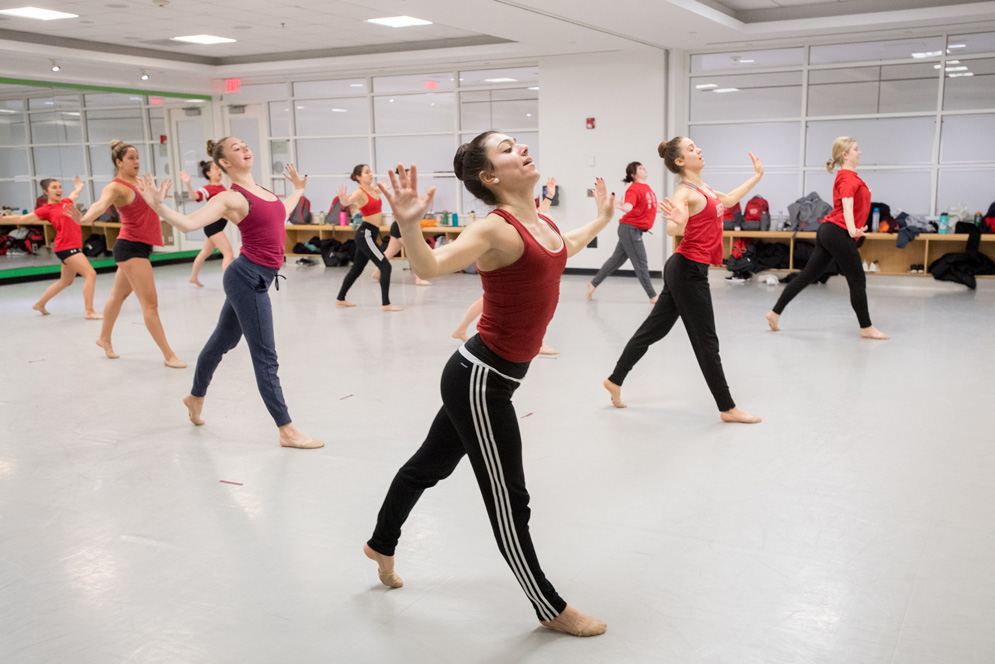 A different kind of bootcamp: Nina Maroudas (Questrom’19) (center), captain of the award-winning BU Dance Team, and her team get a jump on practicing for competition season at FitRec January 17. Photo by Cydney Scott

The Year in Review: Our 2019 Photo Essay

The New Year has officially arrived, but before we get too caught up in 2020, we’re taking a look back at some of the big, and not so big, events of 2019 on campus, captured in BU Today photographs throughout the year.

On a more somber note, there was a vigil for the 49 people killed at two Islamic mosques in New Zealand, and the city of Boston’s memorial to the dead and injured of the 2013 Boston Marathon bombings, among them BU’s Lu Lingzi (GRS’13), was installed near the Marathon finish line. And 2019 saw the conclusion of the University’s first comprehensive fundraising campaign, which raised $1.85 billion.

The Year in Review: Our 2019 Photo Essay

There are 4 comments on The Year in Review: Our 2019 Photo Essay