The gender definition plan under consideration by the Trump administration has prompted a #WontbeErased campaign on social media and rallies in cities across the country. Photo by iStock/nito100

An estimated 1.4 million Americans identify as transgender—a gender other than the one they were assigned at birth. Now the Trump administration is considering a plan that would define a person’s gender as determined by their genitalia at birth, which would roll back federal protections for transgender people. This has prompted a #WontbeErased campaign on social media and rallies in Boston, New York, Washington, and other cities.

In Massachusetts, it’s an especially timely subject, as LGBTQ advocates say the Trump plan bolsters the importance of affirming state-level protections for transgender people in a November ballot question.

We asked people across BU—students, staff, faculty—who are transgender themselves or who support the trans community to share what transgender means to them.

I’m a transgender woman, which means that when I was born, the doctor said, ‘It’s a boy.’ I was raised as a boy, but I never felt right trying to be a boy. It always felt super-weird and uncomfortable. When I was in my early 20s, I realized that the reason I felt that way was because I wasn’t a boy—by that time a man—I was a woman. For the last four or five years, I’ve lived every day as a woman and that’s felt correct in a way that trying to be a man didn’t.

“I identify as a trans man and I have for a while. I don’t really like defining it as ‘not this,’ but to me it’s the opposite of cisgender—it’s anyone who doesn’t identify with the gender they were assigned at birth.”
—Evan Leto

Coming from a rural town in Florida, I’m well aware of the cruel and hateful definitions of transgender. Transgender to me means someone who deals with a lot of internal conflict and struggles to finally get to be who they are—a process cis[gender] people will never truly understand. When I first read the news from Trump’s administration’s plans, I felt that our society was under attack. It brought me back to the arguments over gender-neutral bathrooms, where transgender females were under attack and being aligned with rapists. I instantly did not want to be a part of a place where human rights can be so easily stripped away due to hate and ignorance. 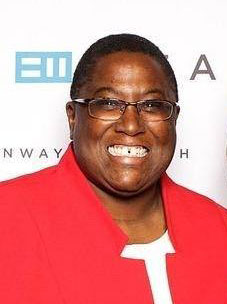 There are a range of thoughts that I have around this issue as a non-transgendered person frequently mistaken as male or someone who is transitioning. Being trans means to me being brave, discovering your truest self, and finding freedom. Regardless of where we are on the LGBTQIA+ spectrum, the LGBTQIA-baiting for political expediency and the currency of hate will not erase us.

Transgender is one’s true identity, what they identify as and who they feel they are—regardless of the biological, social, and physical boundaries and binaries. Society and government should support and accept transgender individuals, rather than restrict these people from being their true selves.

For me, being transgender means refusing the social construct of gender and being truly, completely, unapologetically me, in whatever way I wish to be.

“I’m a transgender woman, which means that when I was born, the doctor said, ‘It’s a boy.’ I was raised as a boy, but I never felt right trying to be a boy.”
—Michelle Samuels

I identify as a trans man and I have for a while. I don’t really like defining it as ‘not this,’ but to me it’s the opposite of cisgender—it’s anyone who doesn’t identify with the gender they were assigned at birth. Being labeled as a girl and treated like a girl for most of my life was very uncomfortable. It wasn’t about ‘I like things that are stereotypically masculine.’ It was a lot more about how I felt about myself. It’s a lot deeper and more internal than how you represent yourself and the things you’re interested in. There are cisgender men who are very feminine and paint their nails. There are trans men who do that, too. Biology is a lot more complex than what we’re taught in middle school.

For me, it was more like they said, ‘Wow, I’m a woman” when I was born. As I was growing up, it didn’t feel right, it didn’t make sense for me, and I started experimenting with ‘what does my gender mean to me.’ I’m someplace in between. It’s changing constantly. I can feel very feminine, I can feel very masculine, or I can feel somewhere in between that. I can feel androgynous and sometimes, as well, I’m none of those things—like gender just doesn’t apply. That’s what A-gender is. It’s really individualistic. People’s own trans identity is special to them and not all of them look the same. 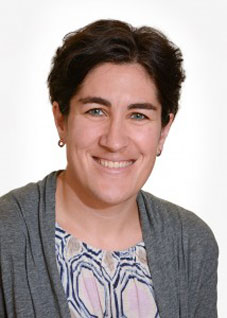 For me, working closely with transgender and gender nonbinary individuals and communities illustrates the diversity of humanity and challenges the administration’s claim that sex and gender can be defined in simplistic and unchanging ways. The collection of our scientific expertise points to gender as a complex phenomenon and illustrates the power and medical necessity of providing thoughtful gender-affirming care as a routine part of clinical practice. It is an absolute privilege and honor to work with transgender and gender nonbinary individuals, to see the strength of the community in the face of great adversity at times, and to work jointly to permit the healthcare system to work in an organized and coordinated way to provide compassionate and comprehensive care to all.

There are people, people who are unique and true to themselves no matter what body parts, gender norms, and societal pressures are placed on them. Being trans means to transcend and refuse these norms; it is a form of honesty, expression, and identity that reveals who a person is at their core.

Before we think about gender, it’s useful to think about sex. The idea that we can categorize all people into either male or female based on biology doesn’t work. Too many people don’t fit either box, and there’s continuous variation from those that do fit our idea of “male” or “female” to those that don’t. We could say that transgender people are folks whose gender identity doesn’t “match” their sex assignment at birth. Since even traits like chromosomes and genitalia don’t always match up as expected, it should be no surprise that more complex psychological aspects don’t always match.

And if you ask it that way—what does trans mean to me (as opposed to just define my understanding of what it means)—I’d also say that trans folk are among my friends and colleagues, people whose experience and presence in the world I value, and part of a larger spectrum of gender and sexual diversity that enriches my life and in which I feel both at home and welcome and also, sometimes, challenged to expand my understanding. Reducing this rich complexity of human existence, or forcing it into hiding, would impoverish all of our experience.

“I can feel androgynous and sometimes, as well, I’m none of those things—like gender just doesn’t apply. That’s what A-gender is. It’s really individualistic. People’s own trans identity is special to them and not all of them look the same.”
—Iris Olson

CAS lecturer in sociology and in the CAS Women’s, Gender, and Sexuality Studies Program

As a sociologist and as a person, I think trans is first and foremost a gender expansion. It doesn’t have to be about someone transitioning medically. The explicit definition is when somebody’s biological sex doesn’t match their gender identity. But the reality is that there’s an asterisk: trans people experience gender in a variety of different ways. What’s at stake here is that the Trump administration is trying to get rid of that grey area and the grey area is really important to people, to mental health, to people’s safety, to people’s futures.

Biological sex is not your gender.

It’s hard for me to define trans because I am not. I experience my inherent ‘male’-ness just as a fact of my being. I know that I am a man, regardless of how I speak or dress or behave. I imagine that trans people experience their gender in much the same way except that their bodies do not necessarily match. And there are also nonbinary people who don’t experience their gender in terms of one or the other, but instead it is a combination of both or neither.

It’s a complex and also personal thing, just like all of the other things we use to define ourselves.

It’s a scary time to be any minority in this country, but it’s especially terrifying to be transgendered. With the violence against trans people, particularly trans people of color, one would think that our government and our president would be concerned with protecting these people instead of trying to make their lives more difficult. Some of the propaganda against Massachusetts ballot question 3 purports that they are criminals in disguise; the law describes gender identity as a person’s “sincerely held gender-related identity,” which is how someone presents themselves to the world and the people in their lives. It’s unbelievable to me that there are people who would work to make sure that other human beings are treated as second-class or, worse, treated as though they don’t exist.

I’ve heard “transgender people” used as an umbrella term for any non-cis person, so that’s typically what I think of when I hear “transgender.” I think a lot of people omit the word “people” when talking about transgender people so that they don’t have to acknowledge or think about the fact that these are real-life human beings that are being affected by these laws.

What Transgender Means to Me

There are 21 comments on What Transgender Means to Me