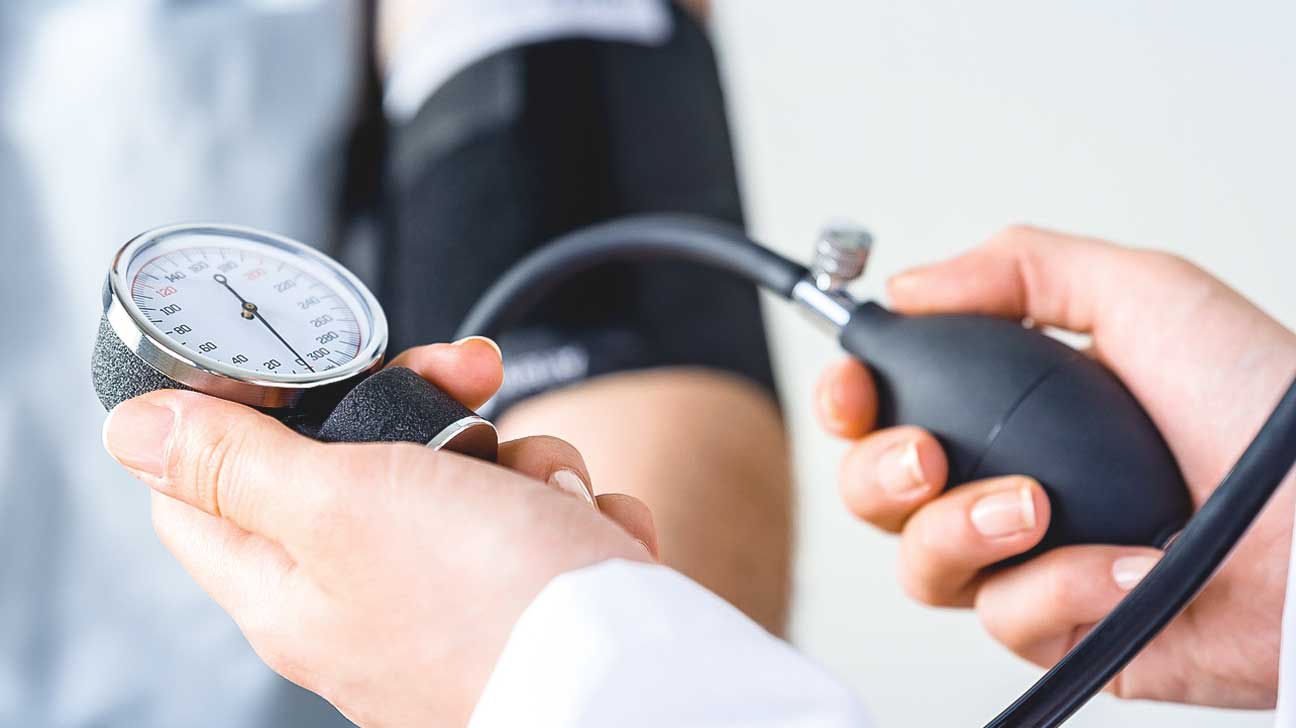 The guidelines change means that the number of American adults with high blood pressure has suddenly risen from 72 million to 103 million. Photo courtesy of Healthline

In November 2017, America’s leading heart experts released new guidelines for high blood pressure. Now, anyone with heart disease or with a 10 percent (or higher) risk of heart attack or stroke in the next decade (do a rough calculation here) should aim for blood pressure below 130/80, instead of the previous target of 140/90. Even for people without heart disease or significant risk, “lifestyle therapy”—less salt, no smoking, more veggies and exercise—now starts when blood pressure edges above 120/80.

This shifting bar means that the number of American adults with high blood pressure has suddenly risen from 72 million to 103 million.

BU Today talked with Gary Balady, a School of Medicine professor of medicine and director of preventive cardiology at Boston Medical Center, who has been a cardiologist for more than 30 years, to discuss the new guidelines. The interview has been edited and condensed for clarity.

BU Today: What does high blood pressure actually tell you about a person’s health?

One of the things that it does reflect, especially as we get older, is something called vascular stiffness—as we get older, our blood vessels become thicker and stiffer. And for the same amount of blood being ejected, there’s a higher pressure within the system. That higher pressure can cause troubles like stroke, in which small blood vessels in the brain break and lead to small hemorrhages. It can cause troubles like heart attack by increasing the work that the heart has to do.

There was a hint that the guidelines would be changed in 2015, when researchers stopped the SPRINT study. What was the study and why was it stopped?

The SPRINT study looked at what a person’s optimal blood pressure should be, based on outcomes like heart attack, stroke, and combined total mortality. And the study found that a blood pressure of less than 120/80 was considered optimal.

Yes, for every age.

And they found such strong evidence that they stopped the study early?

Not necessarily. What is recommended is that we don’t base any treatment on one blood pressure reading. So maybe we take two blood pressures that same day, and perhaps if you’re in that range that is considered high but not dangerously high, we might bring you back in a week or a few months and recheck your blood pressure. In the meantime, we’ll sit down with you and talk about lifestyle measures that might help reduce blood pressure.

Some of them relate to nutrition. There is a diet called the DASH diet (Dietary Approaches to Stop Hypertension) that’s been out for probably close to 20 years. And that’s a diet that promotes at least five servings a day of fruits and vegetables, which is not easy to do, high-grain products, limiting sugars and sweets to basically one serving a day, a handful of nuts every day, and lowfat dairy products. In addition, there’s a DASH diet plus low sodium. And what’s recommended is to keep sodium intake to less than 1,500 mg per day.

And exercise is great. Exercise can drop blood pressure by between 5 and 8 mm of mercury, systolic, which is almost as good as any single drug will do.

But if you came into my office with those blood pressure numbers, they’d suggest a repeat evaluation in three to six months.

So I’m not going to keel over immediately.

No, not at that level. Definitely not. The other thing that we would do is look at your overall risk profile. There’s a calculator called the ASCVD (atherosclerotic cardiovascular disease) risk score. And that looks at your age, gender, cholesterol level, presence of diabetes, blood pressure, whether or not you’re being treated with blood pressure medications. And based on those factors, we calculate a 10-year risk for your having a cardiovascular event. If your 10-year risk is calculated to be 10 percent or greater, then we might consider instituting drug therapy. We always start out with lifestyle, however, and give that a chance.

Most of the common blood pressure medications are now available as generics, so cost is less of an issue?

Yes, all of them are generic.

Doesn’t being over 65 automatically give you a 10 percent risk or higher?

When guidelines shift like this and suddenly a huge block of people are in a group they weren’t in before, sometimes people get frustrated.

People don’t move guidelines; science moves guidelines. And this particular group of scientists was well vetted, so they have no conflicts of interest with industry. Their objective was to review the science—good science, not poorly done studies—digest it, and put together what they gleaned from that literature. So based on that, plus emerging evidence in the field, the guidelines move. And they are moving toward what appears to be tighter restrictions or lower thresholds for treatment.

Do you remember any other occasion when another set of guidelines was changed?

Sure. The cholesterol guidelines.

Was it a similar thing? Lowering a threshold?

Yes, absolutely. The last set of cholesterol guidelines was in 2003, and then it was updated in 2013. Those guidelines shifted the threshold for treatment down, lower.

Does it ever go the other way?

Not until the evidence directs us to go that way.

I always think my blood pressure is higher when I go to the doctor. Is that a thing?

It is. It’s called “white coat hypertension.” And the guidelines actually spend a lot of time addressing that. If it’s repeatedly high in the office, then an ambulatory blood pressure monitor might be useful, where we would hook you up with a monitor that measures your blood pressure every five minutes or so throughout the day, and through the nighttime, and then gives us a printout of what your blood pressures are throughout the 24 hours. And based on those numbers, we would decide whether or not you indeed had white coat hypertension.

Does your blood pressure vary a lot throughout the day?

Yes, it does. So blood pressure will go up and down, primarily based on activity. But also if you’re acutely anxious about something, it can go up. And within 30 minutes of drinking coffee, blood pressure can go up a little bit.

Do you think ultimately these guidelines are going to help people? Or is it just going to end up putting a lot more borderline people on drugs?

That’s the challenge with any of these guidelines—the cholesterol guidelines, the blood pressure guidelines, any of these things. But they are intended to help people. No one wants a heart attack or a stroke, and people all want to live longer and healthier lives, and that’s the whole idea behind this.