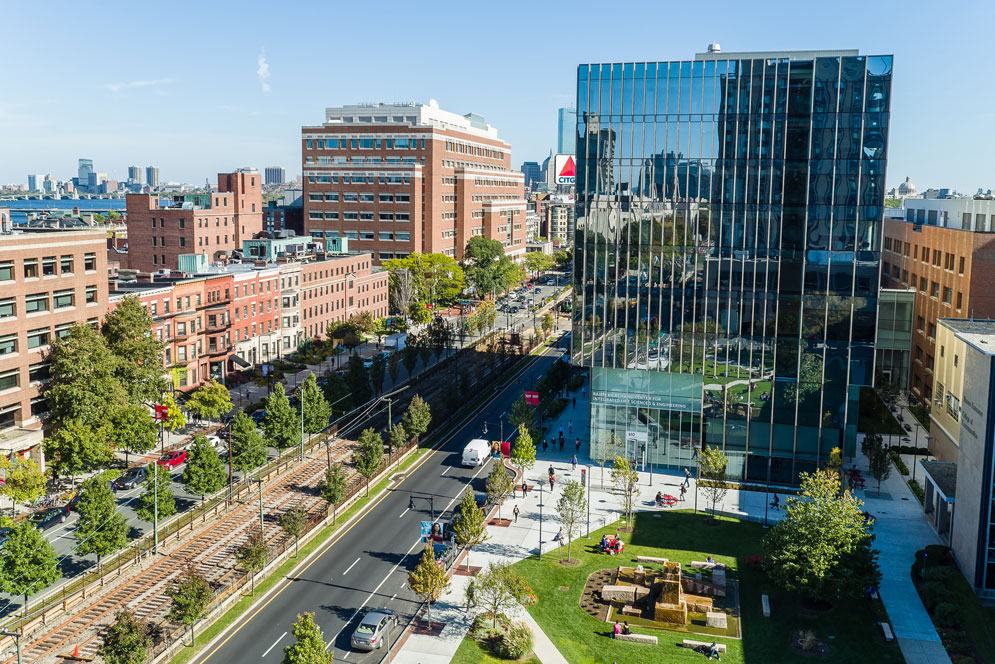 How can Boston University, as a major private research university, best serve the needs of society in the decades ahead? How can a BU degree best meet a student’s needs in a world that’s changing at dizzying speeds? What academic and research programs—either those contained within traditional academic disciplines or those needing special interconnections—should be prioritized for new investments? How might BU improve its efforts to make students, to steal a phrase, better citizens of the world?

If you have opinions on any of these big, fundamental questions, now is the time to share them.

The drafting of a new 10-year strategic plan that will guide issues, from how the University spends its money to the activities it undertakes, is now underway. Robert A. Brown, University president, says he believes the time is right to go through this exercise again, to create a new plan—only the second in BU’s 180-year history.

”Starting with our strategic plan in 2007, we have used the disciplined and collaborative operating style of the University to make very significant progress in all facets of the University, increasing the quality of our academic programs, the outcomes for our students, and the impact of our scholarship and research,” says Brown. “It is time to chart a new course using Boston University today as the starting point.”

At Brown’s request, Jean Morrison, BU provost, is chairing a task force of 19 faculty members and administrators that will draft the plan after soliciting ideas from the community (find information below about how to participate in one of the public forums).

“We’ll spend roughly a year gathering community input,” Morrison says. “There’ll be a range of different forums.” A draft of the plan and its financial implications will be presented to the Board of Trustees for approval in spring 2020.

“It gives our faculty, our staff, and our students the opportunity to weigh in on the process of establishing our priorities for the next 10 years,” she says. “The primary work of the task force is to gather input and get a sense of how folks in our various constituent groups think about the future—and then to develop priorities among those many ideas.”

The current strategic plan, called “Choosing To Be Great,” was adopted in 2007 and updated four years ago. Its importance can be measured by the numerous strides the University has made toward fulfilling its goals: membership in the Association of American Universities, an elite consortium of research schools; the introduction of the BU Hub, the University’s first general education curriculum, begun with this fall’s entering freshmen; the increasing selectivity of BU admissions; the opening of new facilities like the Rajen Kilachand Center for Integrated Life Sciences & Engineering; and a comprehensive fundraising campaign that blasted past its original goal of $1 billion and is closing in on its new $1.5 billion target.

In drafting the next strategic plan, the task force, with the community’s involvement, will explore a range of specific campus issues, as well as broader fundamental questions facing the higher education world, among them:

*Academic programs. “One of the questions we’ll ask people,” Morrison says, “is how do you think the nature of education is going to need to change, to adapt to changing demographics, technologies, the nature of work? External factors push on higher education, and we would be wise to think about the ways in which the degrees we offer, and the way we offer them, might change. How do we respond to the changing nature of the world?”

*Tuition. More than 50 percent of the University’s annual operating budget comes from the tuition and fees paid by undergraduates and graduate students. “We are now a tuition-dependent research university…and that’s not likely to change in a substantial way in the next 10 to 15 years,” says Morrison. “However we think about the strategic goals of the University, they’ve got to align with that reality. To compete effectively, we’ve got to continue to focus our efforts on excelling at undergraduate and graduate education.”

*Academic excellence. “We’ve got a number of highly ranked programs” nationally and internationally, the provost says. “And to improve the quality and stature of the University, we want to add more to that list of unambiguously highly ranked programs. That’s going to take some investments.” Which broad areas to invest in will be a focus of the task force. “The communication revolution, the revolution in data science, the interest of our undergraduates in business—those are all important,” she says, as are “artificial intelligence and breakthroughs in health sciences. Excellence in these fields is going to require new modes of collaboration across the University.”

*Faculty and student diversity. Continuing to diversify the BU community and to create a culture of inclusiveness at the University is a priority. Consideration of ways in which the University does both will be “an inherent part of our strategic planning,” she says. “We will include the issues of diversity and inclusiveness in all of our discussions and emerge from the process with ways to focus our collective energy on these issues.”

*BU’s global interaction. The University is a global institution; almost one quarter of this year’s entering class is international students, representing 67 countries. “We want to ensure that our students emerge with an understanding of the world, not just the United States,” says Morrison, adding that the task force will consider what new opportunities might emerge to instill that understanding.

*Is college worth the money? With polls showing that many Americans doubt that a degree is necessary to succeed in life, the University has worked to demonstrate “why it is worth coming to BU for your undergraduate education,” she says, with measures like the BU Hub. “We’ve got to continue to make the case for the residential undergraduate institution.”

*Future of federal funding for science. While the Trump administration proposed deep cuts in federal agencies that support scientific research and underpin the economic growth of the nation, Morrison says, “Congress has never wavered from funding for the research enterprise in the United States. They seem to understand that it is critical. In our planning, we work on the assumption that funding is likely to remain flat. We don’t count on increases…in the short term.”

BU receives about $319 million annually in federal research-and-development funding. “But we cannot be complacent,” Brown says. “We need to forecast where to place our emphasis and forge the research interconnections among our faculty to support Boston University being a major player in the areas important in the future. We also anticipate that the future will include more research partnerships with industry and foundations.” Morrison notes that the University has already been organizing and hiring “to be prepared to enhance our collaborations in key areas.”

Brown goes a step further when thinking about the importance of the new plan and the future of Boston University. Building on his letter to the faculty last spring, he says that “society is demanding that graduates and institutions interface with the world in new and much more collaborative ways. We must think through what this means to Boston University and how we organize ourselves to lead in this rapidly evolving environment.”

Public forums are scheduled in the coming weeks to take comments on the plan. Find a schedule here. The email address for the task force is strategic-plan-taskforce@bu.edu.

University Begins Strategy Planning for the Next Decade

University Begins Strategy Planning for the Next Decade
1
share this