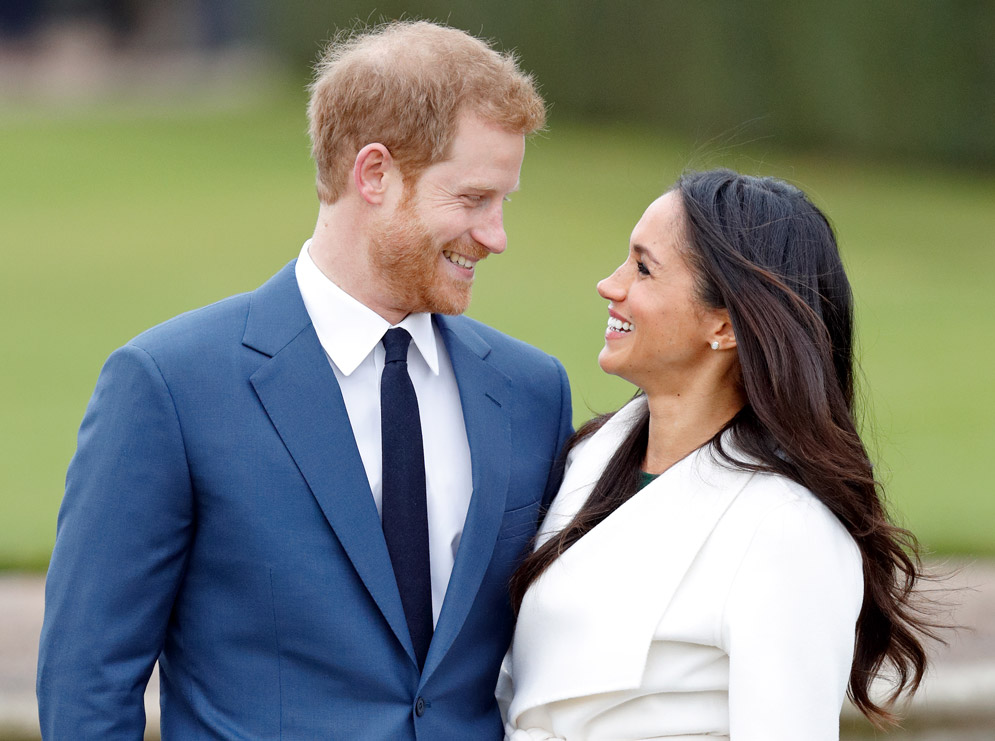 The official engagement photo of Prince Harry, sixth in line to the English throne, and his American fiancée, Meghan Markle. Their wedding will be Saturday at Windsor Castle’s St. George’s Chapel. Photo by Max Mumby/Indigo

When actress Meghan Markle weds Britain’s Prince Harry this weekend, it will mark a huge break from tradition for the royal family. Markle, best known for her role on the TV show Suits, is American-born, biracial, and divorced. Not that long ago, such a marriage would have been unthinkable for the tradition-steeped House of Windsor. Harry’s great-great uncle, King Edward VIII, on the throne less than a year, was famously forced to abdicate in 1936 after announcing his intention of marrying American divorcée Wallis Simpson.

Time magazine recently included Markle and Prince Harry on its list of the 100 Most Influential people of 2018, “an acknowledgment of their decisions to support what may traditionally have seemed risky causes for a royal family: depression, women’s empowerment, and L.G.B.T. rights,” the New York Times noted.

The couple’s wedding, scheduled for Saturday at St. George’s Chapel in Windsor Castle, is expected to draw a massive international audience: the last royal wedding, that of Prince William and Kate Middleton in 2011, was watched by an estimated 3 billion people worldwide, 23 million in the United States. All of the major American television networks will have live coverage, many starting at 6 am ET or earlier. The ceremony begins at 7 am ET.

With the big day nearly here, BU Today spoke with modern British history expert Arianne Chernock, a College of Arts & Sciences associate professor of history, about how this marriage breaks with royal tradition, as well as why Americans can’t seem to get enough of the couple. Chernock’s first book, Men and the Making of Modern British Feminism (Stanford University Press, 2009), received the John Ben Snow Prize from the North American Conference on British Studies. She is currently at work on a second book, The Right to Rule and the Rights of Women in Victorian Britain, which explores Britons’ response to queens who reigned during the 19th century. She has been a sought-after commentator in the weeks leading up to the royal wedding.

BU Today: Is there anything that strikes you as particularly noticeable or interesting about the wedding’s media coverage?

Chernock: There was a recent piece in the New York Times about how the couple has been perceived as rather aloof in their handling of the media in Britain. In the United States, we haven’t seen that; in part, there are no expectations attached to media participation, so we don’t have that rapport. There has been a much warmer scene in the US coverage.

Edward VIII chose to give up the throne to marry a divorcée. This is Markle’s second marriage. When did the royal family begin to relax its position on divorce?

In part, it’s a reflection of the evolution of the Church of England. Historically, because the monarch is also head of the church, they have had to follow church norms and expectations on these issues. And until very recently, while one could divorce within the Anglican Church, it was really difficult to remarry, especially if your former spouse was still alive. So that was the barrier, but the conversation started to shift: Charles was able to marry Camilla in 2005, both were divorcés at that point. So the standards and expectations have changed accordingly.

How is Markle different from other female members of the royal family?

Well, she has a different background; she’s not British, she’s American. She’s divorced and she’s biracial. All of these make her distinctive. And the fact that she has put a positive spin on that difference and is very confident in her projection has really helped with her acceptance. 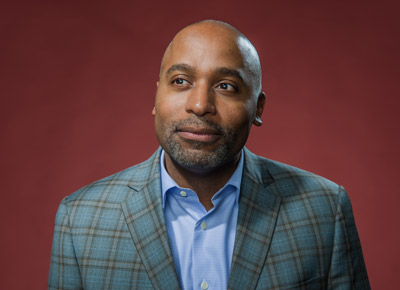 Fun fact: Before starring in USA Network’s Suits, Meghan Markle attended Northwestern University, where she studied acting. In 2003, she took a theater history and criticism seminar with Harvey Young, then a Northwestern professor and now dean of BU’s College of Fine Arts. The twice-a-week class focused on African American playwrights, and they often talked about how theater can mirror society.

Young describes Markle as a high-energy student who was very active in class discussion. “Meghan and I talked about her experiences being biracial, specifically moments in which people would reveal their prejudices to her without realizing that she identified with the groups being critiqued,” says Young, who has been providing commentary all week on CNN as part of the network’s royal wedding coverage.

How significant is it that she is biracial?

I think she would have encountered obstacles at different historical moments. I think it’s a wonderful opportunity for the royal family in that they have been making a very conscientious effort to modernize for decades and project a much more current sensibility, to be inclusive and tolerant. Certainly, having Meghan as part of the family will really help them with that messaging.

But getting to the point of ‘What does it mean to be British?’—and I talk about that a lot with my students—Britain has long been the product of hybrid cultures and intermixing. There has never been the pure Anglo-Saxon Britain that a lot of people kind of fantasize about. In many ways, Meghan is a wonderful addition to the royal family because she brings that element of Britishness to the forefront, the more inclusive, multicultural element.

Why do Americans have such a fascination with the royal family?

On one level, so many of us grew up with the Disney films, and with a fascination and attachment to all things monarchical. But we’re not interested in all royal families. You don’t see BU students clamoring for more information necessarily about the Japanese throne. It’s not just the royals. In this case it has something to do with the specific history behind the Britain-America relationship. This used to be our monarchy too, and even though we have chosen a very different political path forward, people still feel it’s almost an emotional connection. You see Americans of all backgrounds drawn to this.

How has the Palace grown smarter in handling the media in the two decades since Princess Diana died? Queen Elizabeth was roundly criticized for not appearing more sympathetic to her subjects’ outpouring of grief then.

I think we’ve seen the royal family grow much more astute in controlling information flows and presenting themselves as much more accessible, while still maintaining a lot of authority over the types of images and stories that get disseminated. The fact that it was a tweet that informed the public that a royal prince, William and Kate’s son, Prince Louis, had been born last month was a really different way of sharing information than has been done in the past. There is a sense that Princes William and Harry—in light of what happened to their mother and their deep distrust and skepticism of the media—have control. They have a moral authority in their relationship with the press. They had harsh words over the treatment of their mother, so they have the upper hand when it comes to deciding how their own children, for example, will be covered.

The Media Frenzy behind the Next Royal Wedding

The Media Frenzy behind the Next Royal Wedding
1
share this