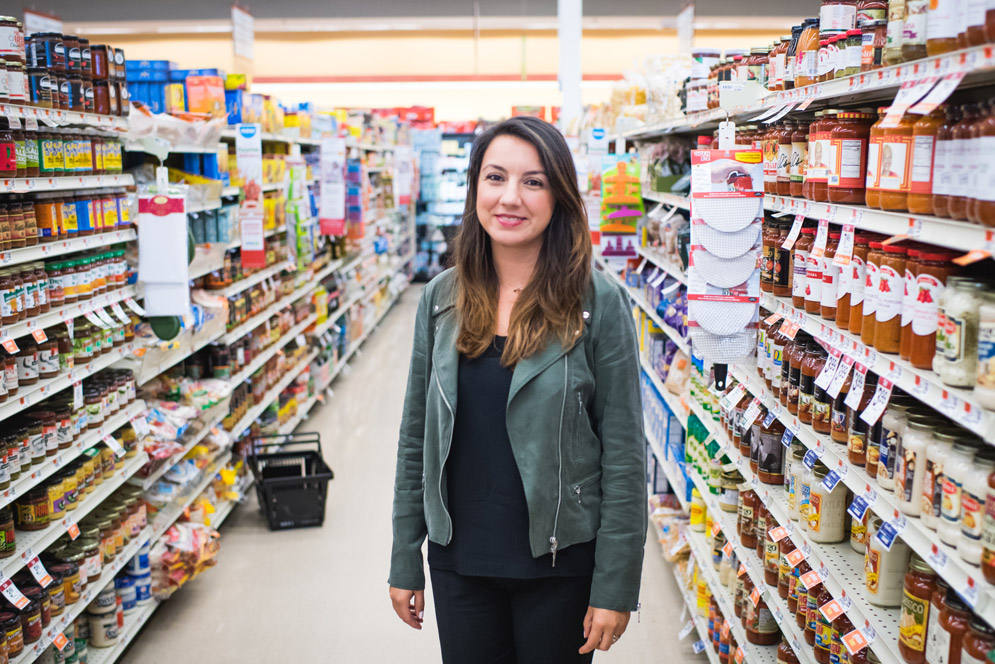 Having religion on your mind—whether you’re religious or not—can make you buy less at the grocery store, Questrom researcher Didem Kurt discovered. Photo by Jackie Ricciardi

Does being religious make you less likely to buy that head of lettuce in the produce section? Those may seem to be unrelated impulses, but BU-led research says that they actually play out in grocery store aisles.

Five studies, done over the last two-plus years with lead researcher Didem Kurt, a Questrom School of Business assistant professor of marketing, found that God-fearing grocery-goers keep a tighter grip on their wallets than do the nonreligious. But even the latter tend to buy less after exposure to religious messaging, according to the research.

Why would that be? The engine is religion’s emphasis, explicit or implicit, on thrift, says Kurt (who is not religiously affiliated herself). “Being reminded about God,” she says, “actually increased shoppers’ beliefs about frugality or being prudent, being careful while spending money.”

One takeaway, she says, is that religion can be as good for the pocketbook as it can be for the body and soul. (Non–BU research has found that it can boost physical or psychological well-being.)

A possible insight from the work by Kurt and her colleagues, more pertinent to grocers than to shoppers, is that they should consider the proximity of houses of worship when deciding where to put their stores, while also timing sales and discounts around religious holidays, when the frugal faithful shop for festive food. Retailers might profit from rethinking those after-Christmas sales on nonfood items, Kurt says.

She and her team note that three of every four Americans are affiliated with one of various religions. While young Americans increasingly don’t join organized religion, it “still is a significant part of daily life for many people,” says Kurt, who researches shopping behavior, including social influences, in-store decision-making, and impulse buying.

“Many people spend hours or days of the week practicing their religion,” she says. But “we don’t know much about how religion influences these other, nonreligious parts of people’s daily lives.”

The researchers examined broad statistical data, such as Americans’ shopping habits by county that were compiled by an advertising firm. They also conducted experiments, and in one of them, more than 800 participants viewed photos of grocery items, from fruit to dairy to soda. Researchers asked the subjects which they’d buy, then showed the buyers a photo of chewing gum and asked whether they’d purchase it at different prices, from 25 cents to $4.

Finally, the researchers surveyed each participant about his or her religiosity. Results: the more religious participants were, the less they were willing to spend.

In another experiment, participants watched an 80-second nondenominational video with a speaker discussing “God’s presence in our daily lives,” says Kurt. “He wasn’t talking about shopping or spending money.” A control group meanwhile watched an instructional video on painting. Then both groups were given the grocery shopping task mentioned before, augmented this time by an unplanned item: they were told the store had a special issue of their favorite magazine.

“People who watched that religious video were willing to spend less on that unplanned item as compared to those who watched the control video,” she says, even if they weren’t religious. “They actually indicated that they were feeling more frugal, like, ‘I have to be careful while spending my money.’ Reminders of God might actually remind them about some commonly shared values such as frugality, even if they don’t believe in God.”

We’ve all got to eat, so grocery shopping isn’t usually conspicuous consumption aimed at signaling one’s status or wealth, Kurt says (even if Whole Foods shoppers might disagree). Whether religion could curb appetites for spending on luxury items is unknown, she says, especially as some Christians preach a “prosperity gospel.” She summarizes that theology as: “‘God gave me this wealth, and I can spend it,’ or ‘My religion makes me a better person so I deserve to buy more.’ You might think of some influential religious figures living lavish lifestyles, definitely not so frugal.”

Kurt worked with Harvard Business School and University of Pittsburgh researchers on the studies, which were published online in the Journal of Experimental Social Psychology. BU funded the research.

Does Religion Make You More Frugal at the Grocery Store?

There are 2 comments on Does Religion Make You More Frugal at the Grocery Store?

Does Religion Make You More Frugal at the Grocery Store?
2
share this