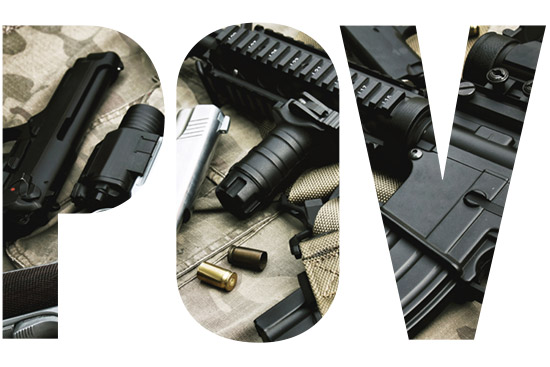 In spring 2006, the Board of Trustees of Boston University declared that “divestment action should be considered rarely and only in the face of human suffering that is wholly inconsistent with the moral and ethical values of Boston University.” This was an explanation for their choice to divest from companies involved in Sudan during the country’s civil war; it was the most recent time that the board chose to divest based on a social issue.

In 2014, two years after 20 children and 6 teachers were murdered at Sandy Hook Elementary School, the Board rejected a proposal that Boston University divest from the firearms industry until meaningful gun control has been achieved. As a part of their refusal to divest from the firearms industry, the board released a list of criteria for future divestment, stating that these decisions should “occur in only the clearest of circumstances,” and that these circumstances exist only 1) when “the degree of social harm caused by the actions of the firms in the asset class is clearly unacceptable” and 2) “when any potential negative consequences of the decision (including the risk of censorship of competing views within the University or the risk that the wisdom of the decision will fail to withstand the test of time) are clearly outweighed by the importance of taking the divestment action in order to lessen or mitigate the social harm.” According to Robert Knox (CAS’74, Questrom’75, Hon.’17), then board chair, the board took the outlined principles into consideration, but chose not to adopt the proposal.

That raises the question: is the current degree of social harm caused by firearms and the firearms industry acceptable to Boston University?

Does the Board of Trustees find it acceptable that 115,000 people in the United States have been killed by gun violence in the three and a half years since their decision to continue to profit from the firearms industry? Is the social harm caused by the 36 mass shootings that have occurred since the tragedy at Sandy Hook not clear enough to Boston University?

On February 14, 14 children and 3 teachers were murdered at a high school in Parkland, Fla. In the two months since then, there have been 9 more shootings at schools. How many more children need to die in their classrooms before Boston University finds that the circumstances are clear enough to take action?

The firearms industry, especially the National Rifle Association (NRA), continues to manipulate the American political realm, fighting against regulations that are proven to make us safer. The NRA spent millions of dollars in campaign contributions in 2016, buying their way onto lawmakers’ agendas.

The NRA wants to prohibit doctors from talking to suicidal patients about guns, when we know that the majority of firearms deaths in this country are from suicides rather than homicides. The NRA opposes an assault weapons ban, background checks, and raising the minimum age to purchase a firearm

The firearms industry wants anyone to have access to a bump stock, the tool that enabled the shooter in Las Vegas last year to fire 9 rounds per second, killing 58 people and injuring 851 in 10 minutes.

In 2005, the NRA and the firearms industry successfully conned Congress into shielding gunmakers and gun sellers from being accountable for the harm that their products cause. Is this the type of industry that Boston University wants to profit from?

Will divesting from the firearms industry cause gun manufacturers to go bankrupt? Probably not. But at the Boston University School of Public Health, we’re taught to engage with difficult issues to improve the health and well-being of our society. We’re taught that a key role of public health is “making the acceptable unacceptable.” Divesting from the firearms industry will send a clear message that its actions are unacceptable, and Boston University will no longer make a profit from their behavior.

In one of his many pieces about gun violence, written after the murder of 58 people in Las Vegas, Sandro Galea, SPH dean and Robert A. Knox Professor, wrote that mass shootings and gun violence will continue “until we summon the political courage to finally do something.”

Does Boston University have that courage?

Emily Popky (SPH’19) can be reached at epopky@bu.edu.

BU Should Divest from Gun Manufacturers

There are 12 comments on BU Should Divest from Gun Manufacturers