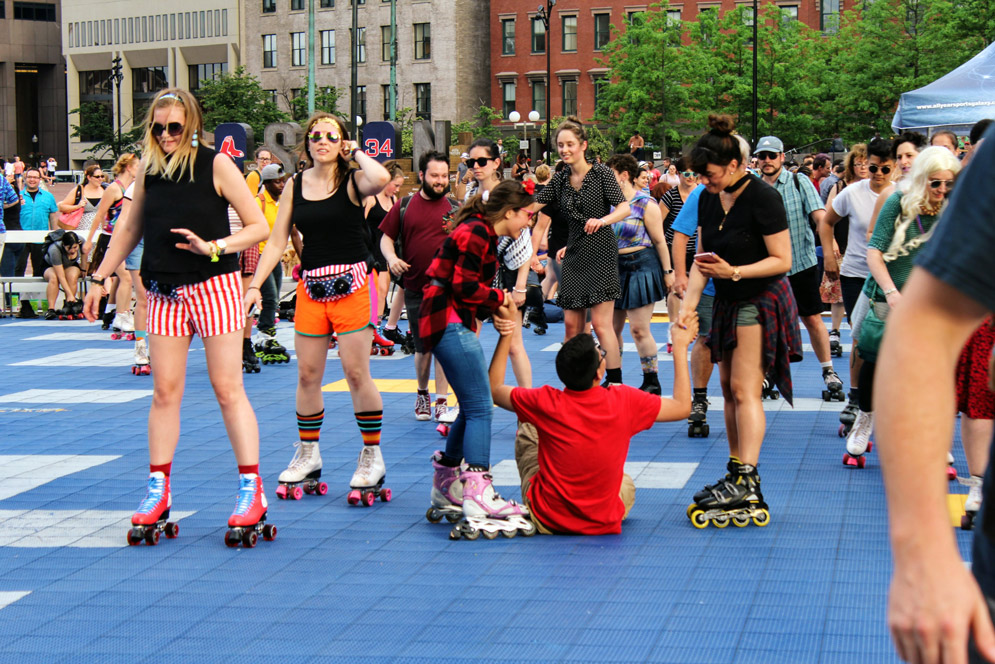 Calling all disco lovers: we have a lively and fun summer outing for you. Tonight, the city of Boston hosts its fifth annual tribute to Boston-born disco legend Donna Summer. It kicks off at City Hall Plaza at 6 pm. This year’s version, Celebration of Summer V: Donna Summer Roller Disco Party, will feature exciting musical performances, a photo booth, and of course, endless dancing and disco.

Rock and Roll Hall of Fame member Summer, a five-time Grammy Award winner, racked up a series of unforgettable hits before her death in 2012, including the dance anthems “She Works Hard for the Money,” and “On the Radio.” Born in Dorchester and raised in the Mission Hill neighborhood, she was known as the “Queen of Disco.”

Tonight’s  party is free and open to the public and is expected to draw thousands of disco fans from around the region. Summer’s nephew, rapper O’Mega Red, will perform, and DJ Joey Carvello will be on hand to play some of Summer’s biggest hits, like “Hot Stuff,” and “Last Dance,” as well as many other disco tunes.

Feeling brave? Try out your disco moves on the skating rink. Don’t have your own skates? Fear not. The city of Boston provides free skate rental on a first-come, first-served basis.

Whether you choose to skate or dance, one thing’s for sure—you’ll be moving all night.

Celebration of Summer V: Donna Summer Roller Disco Party will be held at City Hall Plaza, One City Hall Square, tonight, Friday, June 22, from 6 to 10 pm. The event is free and open to all. Take an MBTA Green Line trolley to Park Street or Government Center.