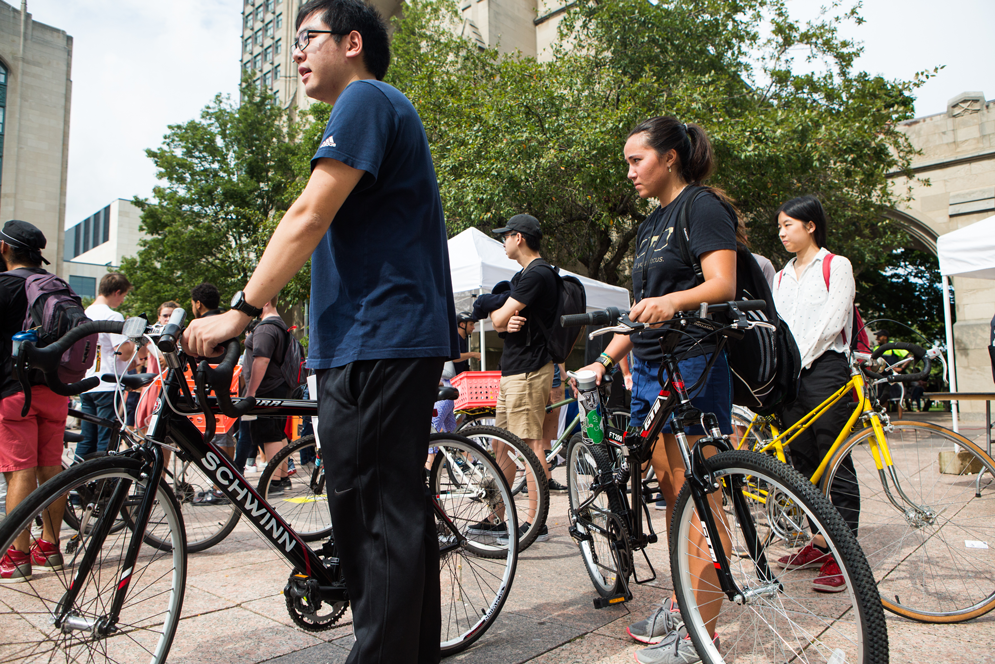 Multiple locks, instead of one, is one way to deter would-be bike thefts. Photo by Jake Belcher

A BU police officer caught a bike thief on a recent Saturday afternoon as he walked down Blandford Street carrying not one, but two stolen bicycles.

It was easy pickins for the thief, says Robert E. Molloy, BU Police Department deputy chief. The owners had locked their bicycles using cables, which pose little obstacle to a thief with a bolt cutter.

And the thieves are out there. Last year, 72 bicycles were stolen from BU’s campus, and all but 5 were locked with just a cable or a chain.

Don’t be another statistic. Get a steel U-lock, Molloy advises. Although not foolproof, they take more time and strength to remove. And to be really safe, Molloy says, use two. “The more locks you put on your bike, the harder it is to get,” he says. “A bike thief is going to go to the easiest and quickest bike they can get.”

“For less than $4.50 a month, students can now have 24/7 access to 1,800 bikes at 200 stations around the city, including 6 on the BU campus,” Larson says. “This is particularly exciting for students who want to have access to a bike, but don’t want to worry about maintenance, storage, and theft.”

Tips for Protecting Your Bike from Thieves

Tips for Protecting Your Bike from Thieves
1
share this