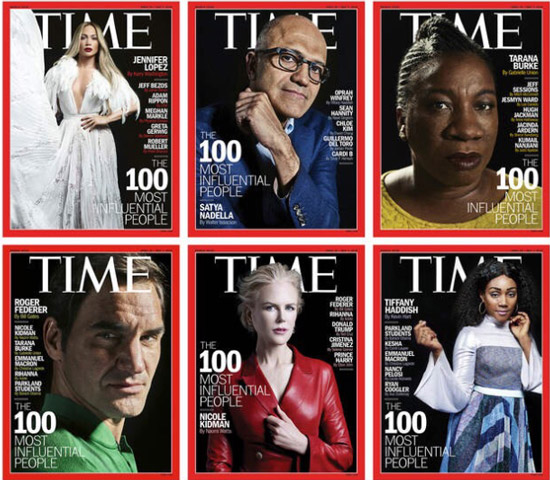 Joining McKee, a School of Medicine professor of neurology and pathology, on TIME’s list is Carmen Yulín Cruz (CAS’84), mayor of San Juan, P.R., cited for her “passionate, courageous and articulate” advocacy for the island after it was devastated by Hurricane Maria last September. The storm caused up to $95 billion in damage and plunged the island into a humanitarian crisis.

McKee says Time’s honor is a tribute to her research team. “I know what enormous hard work, thick skin, and persistence this has required from all of us over the past 10 years. I am very grateful to receive this tribute on behalf of the entire team.”

It’s not the first time that McKee, director of BU’s Chronic Traumatic Encephalopathy Center, has grabbed national media attention. Last year, she made global headlines when she announced that 27-year-old Aaron Hernandez, a former New England Patriot and convicted murderer who’d committed suicide in jail, had the worst case of CTE ever found in a young person.

McKee and her team made news again this year with a study suggesting that the disease may not be caused by concussions, as had been suspected, but by repeated head injuries. If true, efforts to protect athletes from concussions would have to be redirected toward the more difficult task of reducing head impacts and “the fundamental danger these activities pose to human health,” McKee said at the time.

Locally, in December the Boston Globe anointed her 2017 Bostonian of the Year.

CTE occurs in four stages in people who have suffered repeated concussions and other brain trauma. It is associated with dementia, mood changes, and aggression.

Borland’s accompanying essay in the April 30 Time notes that pioneering research hasn’t always brought McKee praise: “Her reward for great scientific breakthroughs has often been sharp criticism. Dr. McKee has even endured personal attacks. She is reviled by the old-boys’ club of a multibillion-dollar [sports] industry. Punishment for doing your job well is an unparalleled professional pressure.

“Yet Dr. McKee shows up to work every day. She shares her findings. And she tells the truth, however uncomfortable. That is grace under pressure.”

The CTE Center’s brain bank stores hundreds of brains donated by professional athletes and their families and by many others. McKee, a graduate of the University of Wisconsin and the Case Western Reserve School of Medicine, has published more than 70 percent of the world’s CTE case studies and has testified before Congress.

Cruz, who took on President Trump in a public Twitter spat over the federal government’s glacial response to the widespread power outages and water shortages wrought by Maria, received a Time shout-out by Puerto Rico–born actor Benicio Del Toro.

“Little by little, her words got the crisis the attention it desperately needs, just as if it were happening in Florida or Texas,” the Oscar-winner writes. “Cruz’s legacy will be marked by her uncompromising refusal to let anyone ignore the lives of those affected by the hurricane. For this we are forever grateful.”

The magazine broke its list of 100 into five categories: McKee is among those in “Pioneers”; “Artists” includes Nicole Kidman, Gal Gadot, and This Is Us star Sterling K. Brown; Cruz appears in the “Leaders” category along with Donald Trump and Robert Mueller, Prince Harry, and Meghan Markle; “Icons” includes names like Rihanna and Chadwick Boseman; and among the “Titans” listed is Oprah Winfrey.