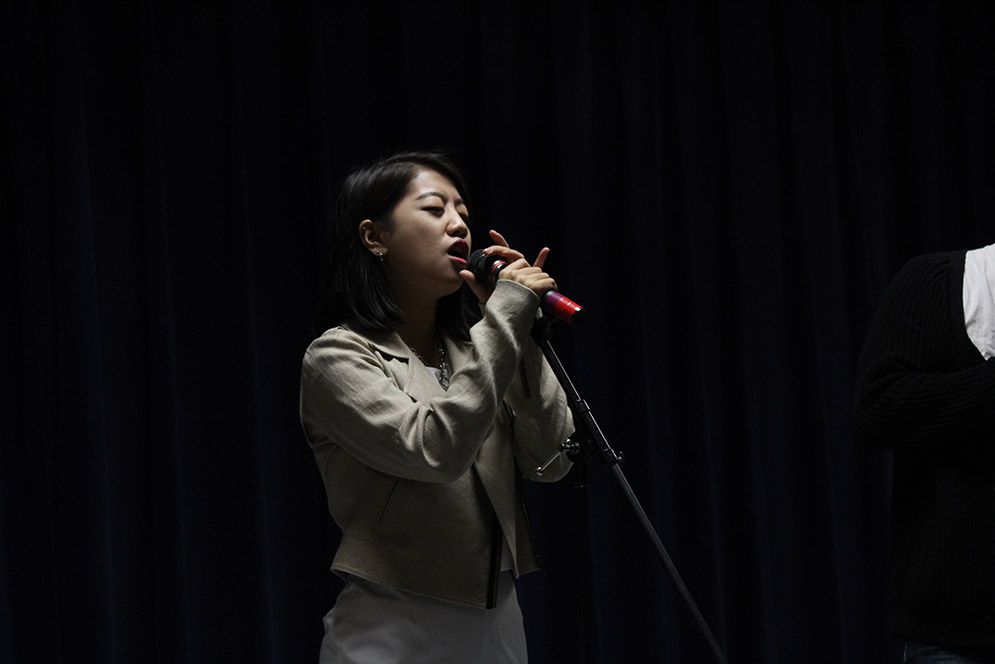 If you walked through the College of Fine Arts basement on a Tuesday night recently, chances are you’d have been treated to an impromptu concert. A young woman might have been singing a somber ballad in one practice room, a group of guys singing and rapping an R&B song in another, or a pianist experimenting with song arrangements in a third. These members of Sorian the Sound Makers, a student-run K-pop, hip-hop, and a cappella group whose goal is to spread Korean music and culture and enrich cultural life at BU, were rehearsing for their spring concert.

Sorian was founded in fall 2010, as the K-Pop craze was beginning to hit the United States. “It started as just a group of people who love music and love to sing coming together to have fun,” says Junehyung (Julia) Park (CFA’17), club president. “The name of the group is derived from the Korean word sori, which means ‘music’ in English, with an at the end, indicating ‘the people of’: Sorian means ‘People of music.’”

Initially, the group performed all kinds of music, but by 2013 decided to focus exclusively on K-pop, which originated in South Korea in the 1980s and 1990s. The genre draws inspiration from traditional Korean music as well as Western genres such as R&B, Western pop, hip-hop, reggae, jazz, electronica, and more. K-pop spread globally with the help of social networking sites and ignited in the United States in 2012 when Korean pop star PSY’s “Gangnam Style” became a viral sensation, attracting hundreds of millions of views on YouTube. 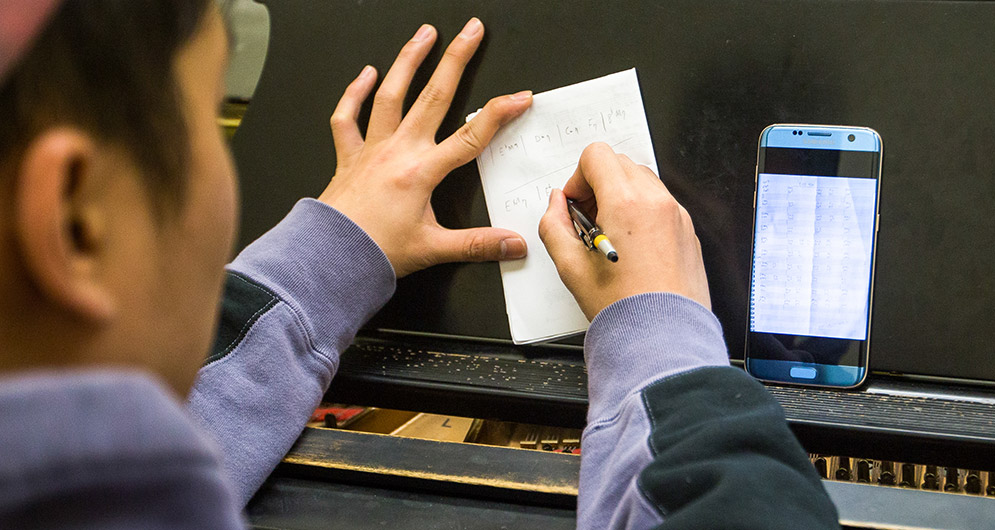 “The K-pop genre entails various types of music,” says Park. “Most of its songs have music videos involving choreography and cool fashion styles, which helped it gain a huge popularity around the world. Through our concerts and performances, we want our audiences to find out about great songs and genres that are not too well-known in K-pop culture.”

Sorian rehearses twice a week and performs two big concerts on campus a year. Sorian FM, this year’s spring concert, is April 21 at the GSU.

Concerts take a lot of work and preparation. Club members (13 currently) first choose the songs, then comes an intensive month of rehearsal, learning the lyrics, working out the arrangements, and choreographing the staging for the numbers. The singers and rappers perform twice for the club’s e-board and student producers from Berklee College of Music to get feedback. They also meet with the Berklee band that performs with them at concerts for help developing and adjusting the scores.

Each concert is a mix of solo and duet and group performances. The club gives all members a chance to perform and all concerts feature different genres of songs.

“We leave song selections up to the singers and rappers because we believe they perform to their best potential when they can pick songs and the members they want to sing with,” Park says. “We try out many songs from a diverse spectrum by pairing or grouping people up, so some members say that when we hear a song we think, oh, this song will sound beautiful with A’s voice, or, I believe this type of genre will suit B’s vocals well, or, this song should be fun if A and B collaborate.”

As well as their own concerts, Sorian performs at events hosted by other schools, including Wellesley and MIT.

Auditions are held at the beginning of each semester and are open to anyone interested in singing or rapping. “Even if someone can’t reach a note or misses part of a song, it doesn’t necessarily mean he or she is not going to make it,” Parks says. “Not everyone does well in the audition. Knowing that, we look at the person’s basic musical skills. When a person is nervous, those skills come out, whether it’s about having the sense of rhythm or a good sense of pitch or notes.” 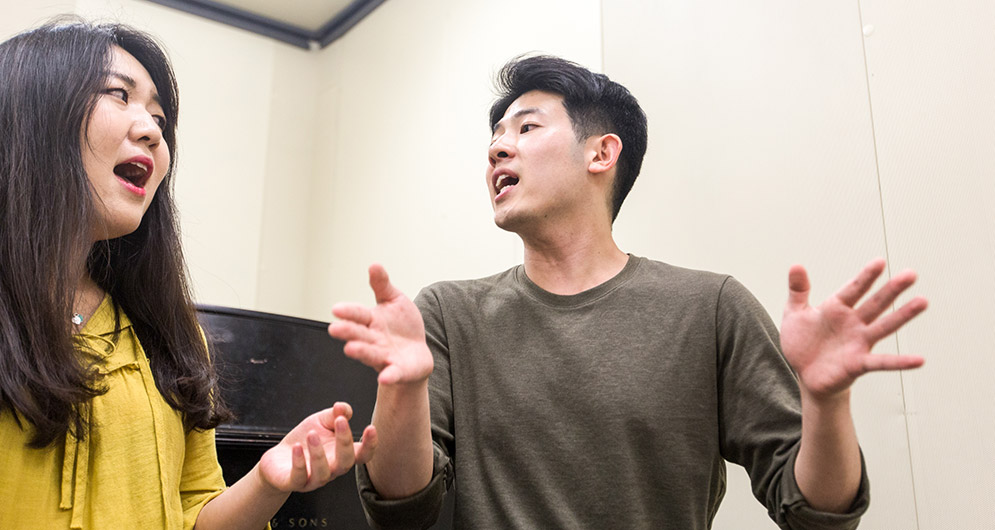 The group doesn’t look for only musical talent during auditions. “When I was a freshman,” treasurer Ester Kwon (CAS’18) recalls, “I wasn’t involved in any clubs and I was really interested in Sorian since I enjoy listening to music and especially K-Pop. I asked my friend if I could interview and he gathered up the e-board and I basically auditioned as a manager. I didn’t sing or anything. They just asked me questions like, ‘How committed do you think you would be to this group?’ and ‘How much do you think you can bring to the group?” Other nonsinging members assist with such tasks as graphic design and scriptwriting.

The theme of the spring concert is based on the idea of a radio talk show called “Sorian FM.” As well as performances, the evening will include brief interviews with audience members, who can interact directly with performers. The group has been collecting stories and song requests from the BU community for the past couple of months, and during the talk show format, they will be used as song requests.

As the vocal performance group members look to the future, they hope to grow their audience. “Most of our audiences are Korean,” Parks says. “To engage non-Koreans and have a more diverse audience, we are hoping to develop our concert programs toward English-based talks and reach out to non-Korean students through online and off-line media.”

Sorian’s spring concert, Sorian FM, is Friday, April 21, from 7:30 to 9:30 p.m. in the George Sherman Union Conference Auditorium, 775 Commonwealth Ave. Tickets are $5 and can be purchased online here or at the door (cash only).

Find more information about Sorian on its Facebook page or email liapark@bu.edu.

Kyler Sumter can be reached at kssumter@bu.edu.