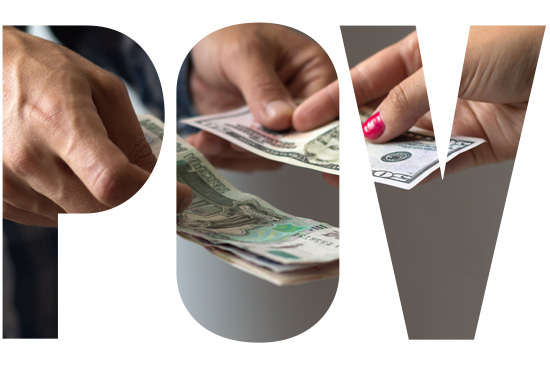 Internationally, the official public health stance on the decriminalization of commercial sex is clear. The World Health Organization, Amnesty International, Human Rights Watch, UN AIDS, and the Global Commission on HIV and the Law all agree that decriminalization is the right choice for every nation in the world. Research from countries as diverse as Kenya, New Zealand, South Africa, and Canada suggest that decriminalization of the sex trade may reduce HIV, prevent violence, and decrease stigma. What more can possibly be said about the matter, at least from a public health perspective?

As it happens, plenty. Despite the agreement of these high-level entities that decriminalization can contribute to the reduction of HIV and STI (sexually transmitted infection) transmission, human trafficking and other forms of exploitation, and violence, the issue remains complex in practice. The more appropriate official public health stance, especially within the United States, should be, “It’s complicated.”

Public health advocacy related to commercial sex has undergone multiple shifts in the past century. The United States began criminalizing commercial sex, often in conjunction with public health concerns. In 1870 St. Louis passed the Social Evil Ordinance, which charged the local Board of Health with regulating the sex trade. The New Orleans red-light district Storyville was eventually closed because of public health concerns for local military personnel.

But it wasn’t only public health officials who were advocating for criminalization at the turn of the century. Physicians, feminists, and Christians all pushed for criminalizing commercial sex, but for different reasons. Physicians were concerned that STI transmission would not be stopped unless there was a full criminal ban, noting that Europe’s experiments in government-regulated prostitution had not controlled STIs. In 1910, the US federal government passed the Mann Act (known as the “White Slave Act”), barring the movement of women across state lines for “immoral activities.” Many champions of the legislation saw it as a tool for institutionalizing morality. Women’s rights advocates also championed the act with the intention of protecting poor, immigrant, and rural women who were migrating from farms to growing cities and were at risk for exploitation. Notably, exploited people and voluntary sex sellers themselves were generally unable to become involved in political advocacy.

Internationally, global events were shifting the way the sex trade was viewed and regulated.

During World War II, the Third Reich forced at least 34,000 adolescent and adult women into brothels it had set up for its military personnel. The Japanese government also forced or coerced between 20,000 and 200,000 women into commercial sex for its military. Wanting to protect people from this form of cruelty, the 1949 United Nations Convention specified that member nations should criminalize brothels. The European public health community responded unhappily to the UN Convention. Until that time, infectious disease experts had been able to compel prostitutes to undergo serologic testing for syphilis because the government kept registries of prostitutes and regulated brothels. Public health experts argued that the legalization and regulation of commercial sex would protect lives.

The tension between public health experts and anti-prostitution advocates intensified during the era of AIDS and HIV. Public health activists argued in favor of legalizing and regulating commercial sex, citing that people trading sex could negotiate condom use with customers more successfully in places where they did not fear law enforcement. Public health activists also began to use a human rights framework to argue that people deserved the freedom to choose to trade sex. At the same time, others argued that it was not possible for impoverished adults to “choose” to trade sex. They argued that social and economic conditions made it virtually impossible for most people to negotiate the sale of commercial sex in an environment free of coercion and that legitimizing the selling and buying of women’s bodies for sex would undermine women’s power in society. They also expressed concern that legalization of commercial sex facilitated the sexual exploitation of minors while criminalization suppressed the illegal market, although research on this question was mixed.

Today, some sex workers testify that selling sex is essential for their economic survival and that criminalization means increased violence, stigma, and HIV/STI transmission. But the experiences of those who have traded sex are not monolithic. Some formerly involved in the sex trade and survivors of trafficking argue that a lack of restrictions on commercial sex facilitates exploitation and endangers vulnerable individuals. While evidence suggests that the decriminalization of commercial sex may have some benefits for some populations, evaluations of commercial sex policy are difficult to do, and very little funding has been invested in it. Too little research has been conducted on Nordic-style laws that punish buyers instead of sellers and increases policing, for example, yet there is a growing interest in this type of policy in the United States.

Public health professionals need to think critically about the current status quo regarding commercial sex. Do we have sufficient data to make informed recommendations? Do we accept the findings of studies conducted abroad and feel confident about how those results will apply domestically? Have we done everything possible to advocate for funding that will enable us to investigate the unanswered questions that remain? Is the field being responsive and accountable to those who are trading sex voluntarily and to those who are being forced or coerced? It is entirely possible that the benefits of decriminalizing commercial sex will outweigh the harms. It is also possible that they will not. To answer these questions, public health professionals must engage in scholarship, prioritize evidence, contemplate ethics, and partner with direct participants in the sex trade and those who have been exploited. Rather than adding fuel to the fiery discord, we should answer empirical questions and help move the policy debate forward.

Emily Rothman, a School of Public Health associate professor of community health sciences, can be reached at erothman@bu.edu. Kate D’Adamo, a consultant with consulting firm Reframe Health and Justice, can be reached at kmdadamo@gmail.com.

POV: We Don’t Have All the Answers about Commercial Sex Policy

There are 2 comments on POV: We Don’t Have All the Answers about Commercial Sex Policy