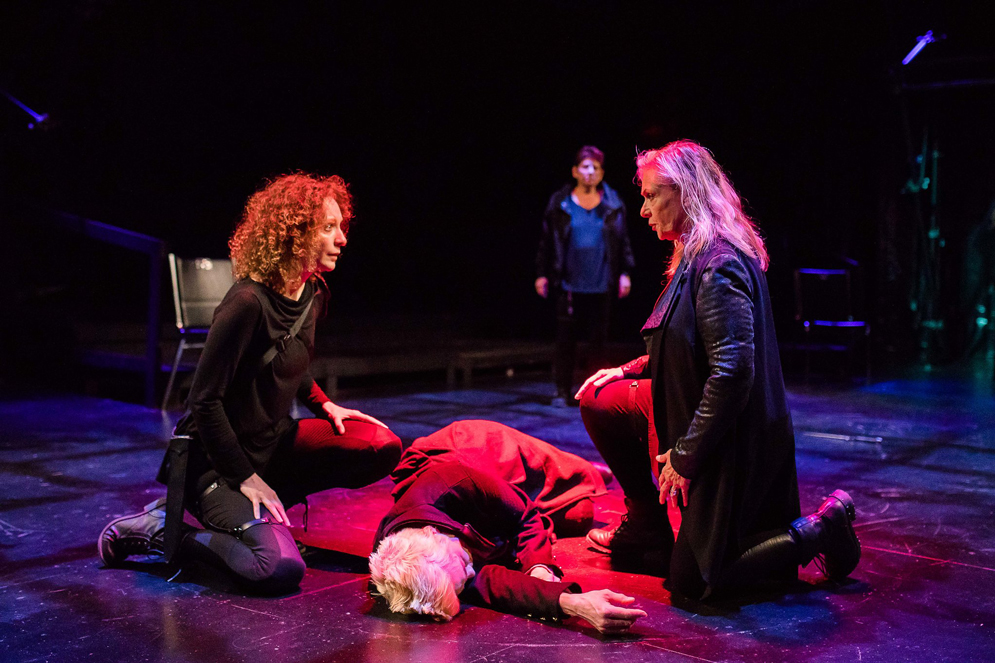 It’s been said often, especially since the last presidential election: If women ran the world, we wouldn’t have all these problems.

But Bryn Boice (CFA’16), says that ain’t necessarily so, at least not as seen in the all-female production of Julius Caesar she’s directing for the Actors’ Shakespeare Project (ASP), running through December 17 at the Huntington Avenue Theatre Studio 210.

“The same people get murdered, and it still doesn’t turn out so well for everyone,” Boice says. “Human nature overrides gender.

“We did bring that up in the first rehearsal or two,” she says. “If the women took over, what would it be like? Would it be any different? But no matter what, murder is still not the answer.”

While the all-female cast requires all female pronouns, changing “king” to “queen,” as well as other minor tweaks to the text, the play’s examination of power and arrogance and betrayal remains the same. Three members of the ASP resident acting company appear—Marianna Bassham as Marc Antony, Marya Lowry as Brutus, and Bobbie Steinbach as Cassius—along with Liz Adams as Caesar and Julee Antonellis as Cicero.

“The actors feel very confident in these roles,” Boice says. “They’re playing them as people through the filter of their own womanhood, and they’re running with it. I think people who see this will have a visceral reaction that this is really a cracking open of the play, that they will hear things they’ve never heard before.”

For example, she says, the troubled friendship between Brutus and Cassius feels more real than in a typical production, because the two women can argue and make up in a way male actors might not.

And there’s a flip side: “One kind of fun thing about women doing violence is that it’s not usually the go-to way that women solve their problems,” Bassham says. “It’s just really exciting for that to be an option for the actors. I’m not saying it’s a good idea, but murder is on the table.”

Another small but important change involves a single word in one of the play’s most famous lines: “Friends, Romans, countrymen, lend me your ears.”

Boice, who also acts, earned an MFA in directing at BU. She and her husband, Michael Poignand, formed the Anthem Theatre Company in 2012. She says she and the all-female design team have inserted Shakespeare’s characters into an alternate reality that is not necessarily our future, but is definitely not ancient Rome. The characters seem to live underground, in tunnels or bunkers, and the natural world is gone, along with most of the men.

“It feels like this could be in 20 to 40 years, if we decided enough is enough and did something to the men,” she says. “That’s the thing that’s most sci-fi about it, that we made a sea change as women and now we find ourselves in this new realm.”

A couple of male slaves, also played by women, are retained in the production to make a point. They are covered head to toe in clothing, with just their eyes showing through their balaclavas—male burqas?—and they must present their hands for inspection each time they enter. It’s all a little bit Handmaid’s Tale, but with the symbolic baggage carried by the other gender. 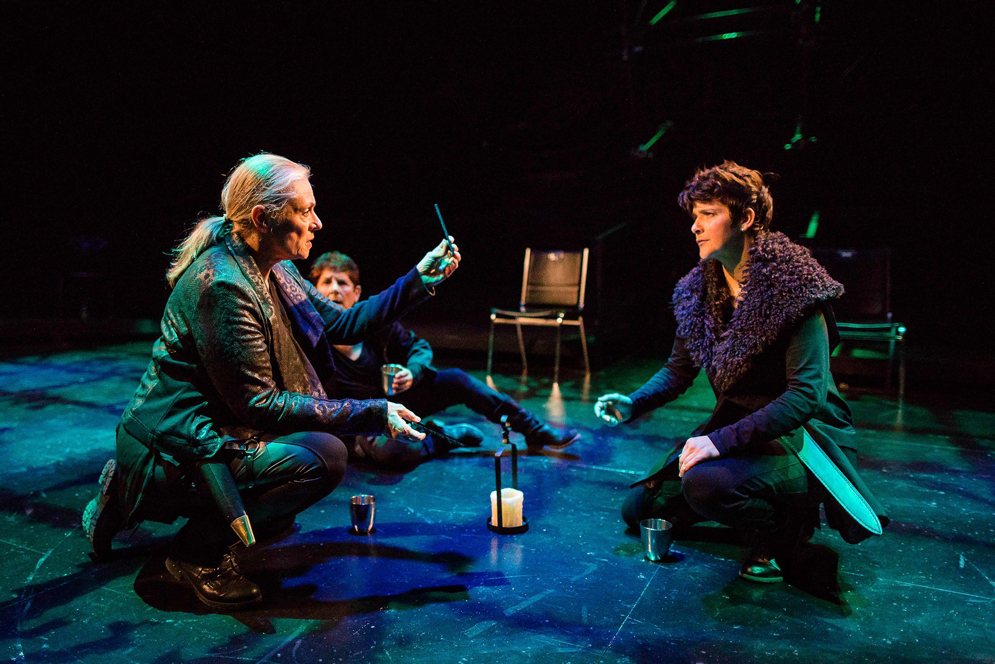 “We could be in this place at some point, if we don’t take heed of other peoples’ humanity,” Boice says. “I’m hoping that in the end people will see that gender actually doesn’t matter.”

Of course, in the post–Harvey Weinstein era, gender issues do matter, and the theater world has been grappling not only with the issue of sexual harassment, but the question of women’s representation on and off stage, as actors, directors, and playwrights. Boice says working on an all-female production has not offered up any big revelations, but it is different from working with a cast or design team that includes men.

“The actors feel like they can come to rehearsal and not worry about what they look like or what they say,” she says. “It does feel very free in the room. And nobody feels afraid to try anything.”

So maybe the world would be different if women ran it. This Julius Caesar hopes to leave audiences with a new feeling at the end, Boice says: “The normal, male-centered play feels like it’s going to start another cycle, with a new Caesar going to do more man things over again. We have taken a few liberties with the ending, so it feels like these people are going to turn a corner.”